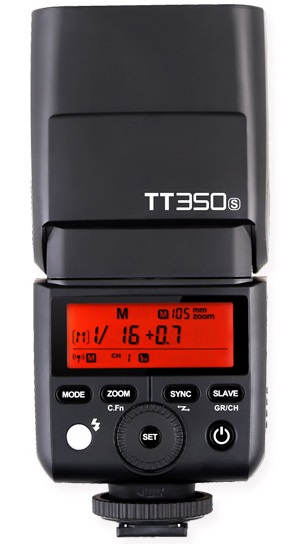 A compact flash with built-in radio, the Godox TT350S, has been announced for Sony cameras. The diminutive shoe-mount flashÂ takes two AA batteries and is compatible with flashes and triggers in Godox’s 2.4GHz wireless system.

We first saw the Godox TT350S at Photokina. Godox suggested thereÂ will be TT350 models for Canon and Nikon as well (TT350C and TT350N) but the TT350S for Sony is the first to break cover.

As an on-camera flash, the Godox TT350S offers TTL and high-speed sync for Sony Alpha α series cameras, as well as manual control down to 1/128 of full power. The guide number is 36 (at Iso-100) with a recycle time of 2.2 seconds at full power. The zoom head covers focal lengths from 24â€“105mm. 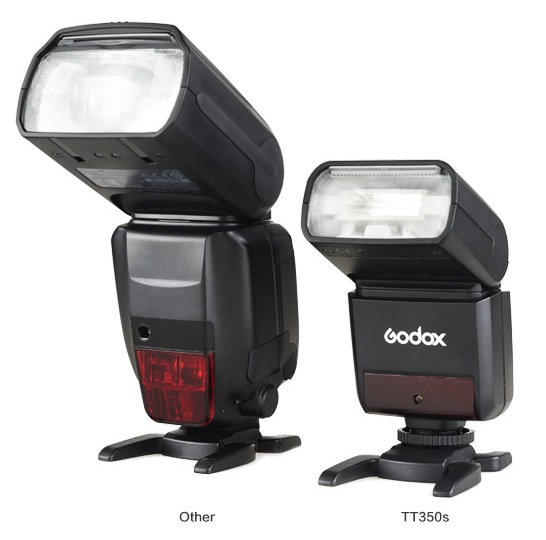 The claimed wireless range is up to 100 metres. Since the screen on the TT350S is only small, Godox recommends the X1T-S transmitter for a “better user experience” for adjusting settings of remote flashes. There is a USB port for firmware updates.

Pricing and availability have yet to be announced. Visit the Godox web site for more information.