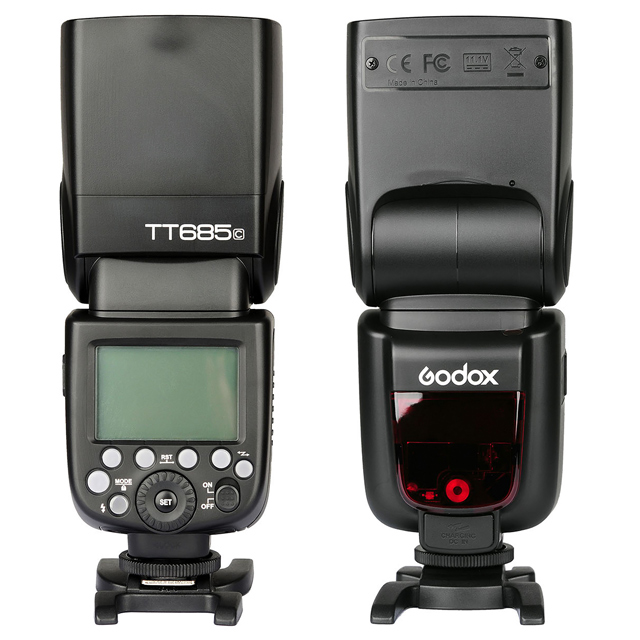 Godox, the Chinese lighting manufacturer, is set to launch a new radio-enabled flashgun and a compatible wireless trigger at a trade fair in Shanghai next week.

The Godox TT685C will be a fully-featured E-TTL flashgun, much like the existing TT680 but with an addition of built-in radio. The Godox X1 will be a 2.4GHz E-TTL trigger with an LCD screen, able to trigger the TT685 natively or the Ving V860 when connected to another an X1 receiver. The operating range is specified to be 100 metres.

Unlike the Ving series flashes, the TT685C will run on normal AA batteries. Godox has come under criticism for some Ving batteries (including ours) wearing out within months of purchase, though we are told this problem was restricted to certain batches.

A future Godox TTL system will, as well as the TT and Ving series, include a TTL version of the Witstro bare-bulb flash, though such a product has no release date yet.