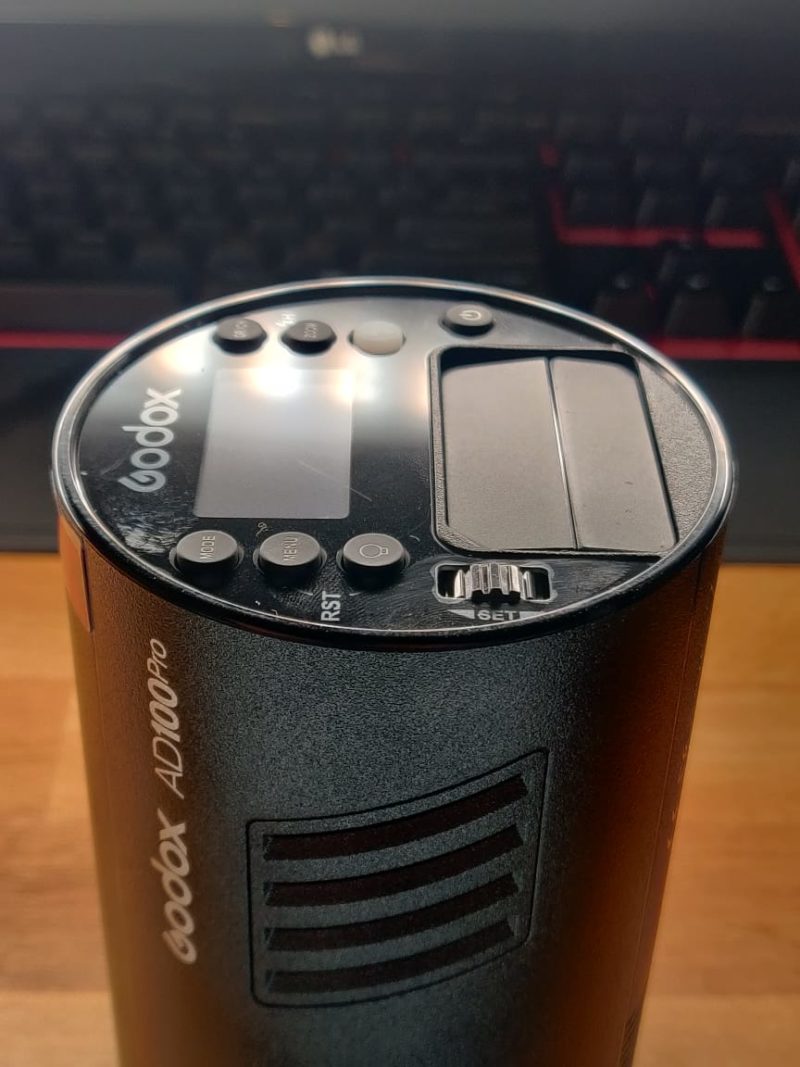 Update: This issue was limited to early review samples and has since been resolved in the full production version.

The new Godox AD100Pro takes a lithium battery called the WB100, rated 18.72Wh and 7.2V. It has the same specs as the VB26 battery used in the Godox V1, so in theory they should be interchangeable.

However, while the VB26 battery doesÂ fit in the AD100Pro, the dimensions are slightly different and you may struggle to get it out again. Similarly, the WB100 battery can be inserted into the Godox V1, but it will not sit flush.

We had extreme difficulty removing the VB26 (Godox V1 battery) from the back of the AD100Pro, so you should probably assume they are not officially compatible, to save yourself hassle in the long run.

According to the Dutch distributor, these batteries are not interchangeable. We have contacted Godox for a comment.

Update: Godox has meanwhile addressed these issues and updated the design of the AD100Pro slightly. Newer models are compatible with the VB26 without any problems.