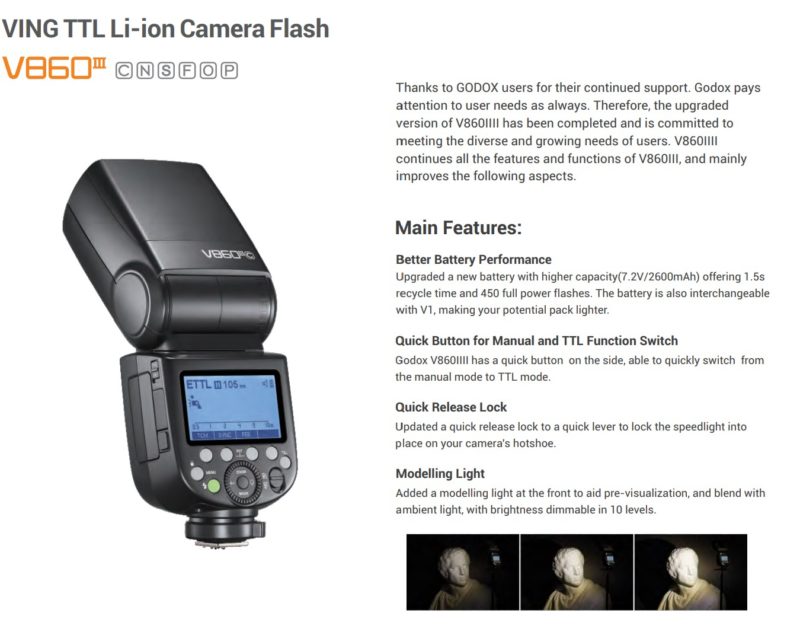 A while back Godox has released their latest product catalogue. Normally this is nothing particular exciting, but the 31st edition reveals two products that have not been announced by Godox yet.

Earlier we already reported on the Godox Ving V860III that showed up online and this product catalogue confirms that the earlier found specs and photos are indeed correct.

The Godox Ving V860III is an incremental improvement upon the V860II, a radio-enabled TTL flash that runs on lithium ion batteries, the same that are found in the Godox V1 flash. 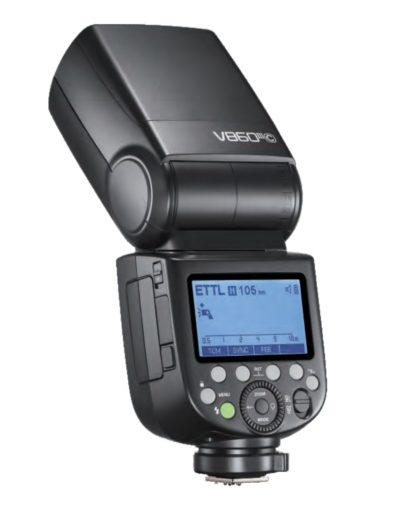 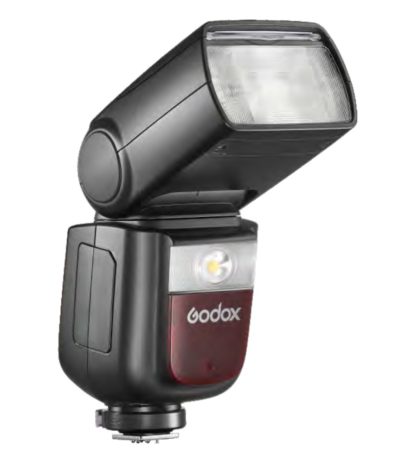 The third edition’s main changes include adding an LED modelling lamp on the flash body (the V860II only had an AF-assist light) and an updated user interface that should give a menu experience closer to the round-head Godox V1 (or upcoming V1 Pro) flash.

The other product that was accidently revealed by Godox is the V850III. On this model we don’t find the new user interface, but does now use the same VB-26 battery. 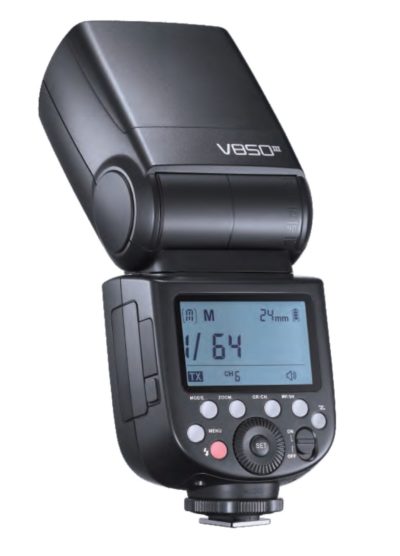 While we can be certain that the information is correct (it was found on Godox’ website nevertheless), the products haven’t been announced yet. So there is no information about availability and pricing.