Godox will soon release an updated version of its flagship lithium-ion battery flash. The Godox Ving V860III is an incremental improvement upon the V860II, a radio-enabled TTL flash that runs on lithium ion batteries. At Adorama, it will be rebranded as the Flashpoint Zoom Li-on III.

The third edition’s main changes include adding an LED modelling lamp on the flash body (the V860II only had an AF-assist light) and an updated user interface that should give a menu experience closer to the round-head Godox V1 (or upcoming V1 Pro) flash. Other minor tweaks include a slide-to-lock hotshoe foot (as opposed to a screw-down foot). 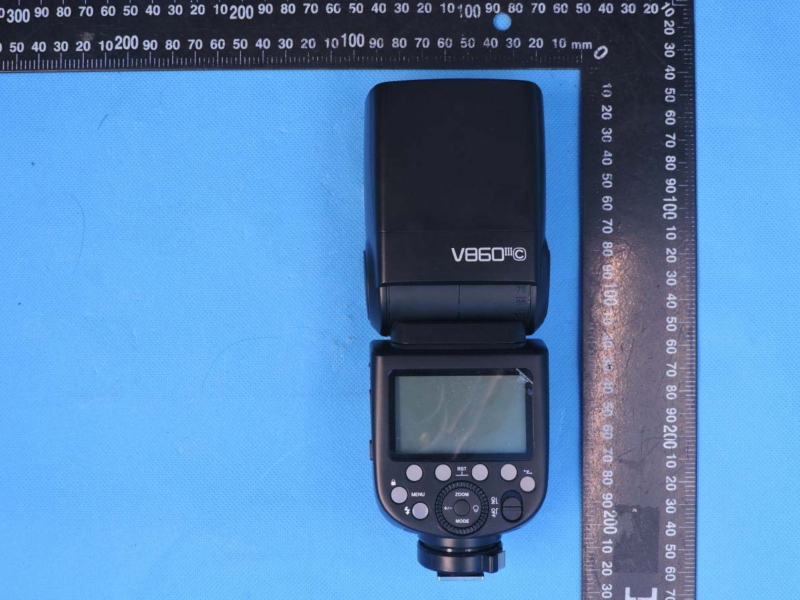 The proprietary VB-26 battery pack is shared with other Godox flashes including the AD100Pro, and can be charged via a portable travel charger with a USB interface.

Like other flashes in the V860-series, the V860III will have TTL support for almost every camera brand, and built-in radio control compatible with the Godox X1/X2 system.

It’s possible the modelling lamp is actually an AF-assist light that’s missing its red plastic cover, but we shall see when the full production version goes on sale.

Pricing and a release date have not been announced. Current specs have been gleaned from FCC filings published online.