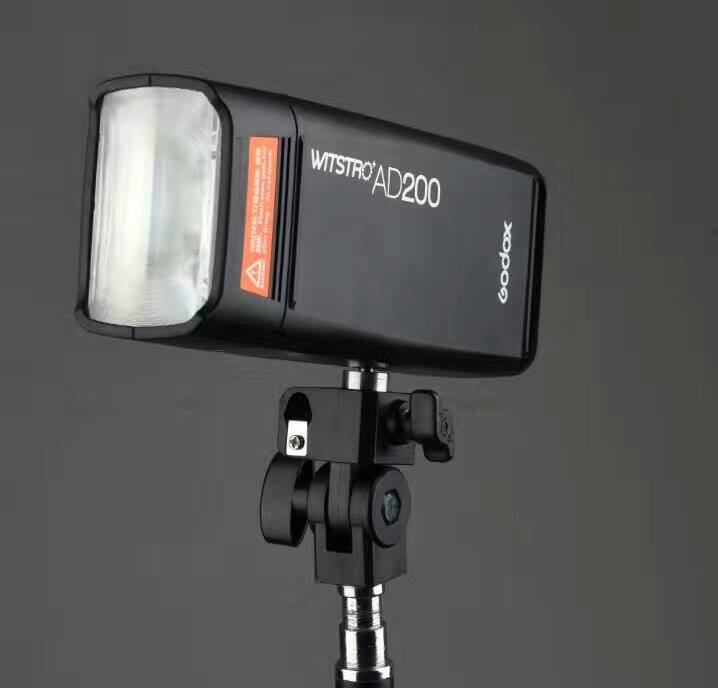 Godox has published images on Facebook showing off its latest upcoming product, the Witstro AD200. Seen as a hybrid between a studio flash and a speedlight, the Godox Witstro AD200 is essentially a beefed-up hotshoe flashâ€”but without the hotshoe foot. The AD200 might be described as a “studio speedlite” and appears to be the first flash with such a design to go on sale.

It is not only the form factor that is appealing; the manufacturer’s specifications are also impressive. With 200 WsÂ it fills the gap between theÂ bare-bulb Witstro AD360-series (300 Ws) and the Ving V860II (~80 Ws). The lithium-ion batteryÂ is built into the speedlight, meaning that the flash can be operated completely wirelessly. It has double the battery capacity of the V860II, meaning that the AD200 can fired 520 times at full power before running out of juice. 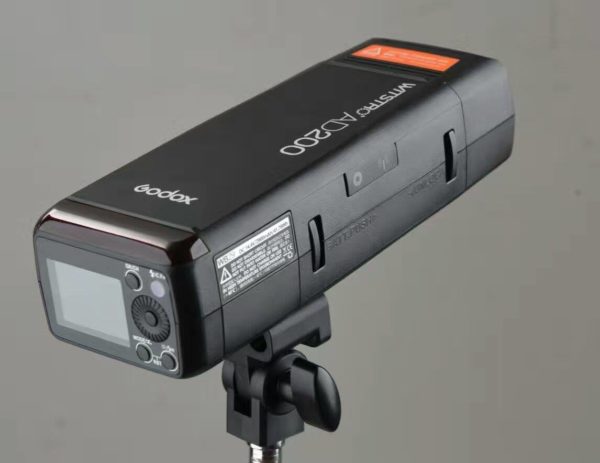 Also rather interesting: the AD200 has interchangeable flash heads. You can mount a speedlight-style head (a bit like the V860II) or a bare-bulb head in the style of the AD360. This also opens the possibility forÂ Godox to release additional accessories in the future toÂ work with the AD200, as was the case with the remote heads made for the AD600 flash. 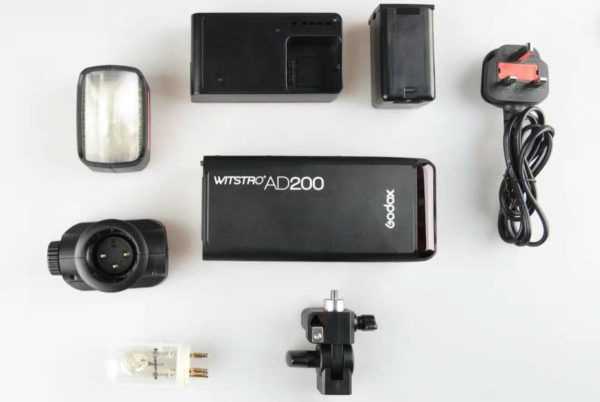 Besides these unique features, the AD200 has allÂ the good things that we normally see in Godox equipment. For instance, there is a built-in 2.4GHz receiver compatible with the Godox X1 trigger, granting TTL control and high-speed sync support.

Long-time LightingRumours readers might recognize in the new AD200Â some design elements ofÂ the failed RadioStrobe project of 2015. AlthoughÂ the main concept of a speedlite without hotshoe is similar, it is the execution that differs. The Godox AD200 adds the option of a bare-bulb head and a lithium-ion battery, which makes it much more appealing.

We have contacted Godox for further information, such as a price and a release date, and will update this post when we hear back.

Here at LightingRumours we are quite excited about this new item of gear; what do you think? Are you considering adding one to your photography bag?