It has not really been a secret thatÂ ever since the introduction of the WitstroÂ AD360 thatÂ GodoxÂ was working on a TTL version of their popularÂ barebulbÂ flash. But exactly when they would introduce them was still a bigÂ mystery. Rumours about a TTLÂ WitstroÂ have been around for more than a year,Â but GodoxÂ has nowÂ finallyÂ announced the release of the Witstro AD360II-C. 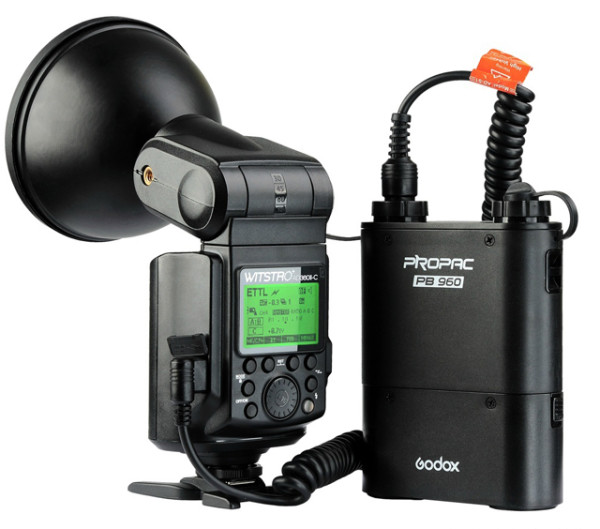 Initially Godox will release the Canon version, which is called the AD360II-C. This flash features an integrated 2.4 GHz transceiver that can work with the recently released Godox X1-C TTL triggers. When compared to the older manual version we see that besides the addition of the TTL mode, the rear LCD screen has been replaced with dot-matrix one that can contain more information.Â Otherwise no significant changes can be found. Everything that photographersÂ love aboutÂ the AD360 have remained the same: power, recycle times and appearance are identical.

What is interesting about the AD360II-C is that though it is ostensiblyÂ a Canon version with an E-TTL hotshoe foot, it can still work with Nikon cameras. It can act as a radio TTL slave to the X1-N triggers for NikonÂ (which haven’t been released yet, but are planned). It is also possible to revert back to the older FT-16 receiver, which connects viaÂ a USB port. 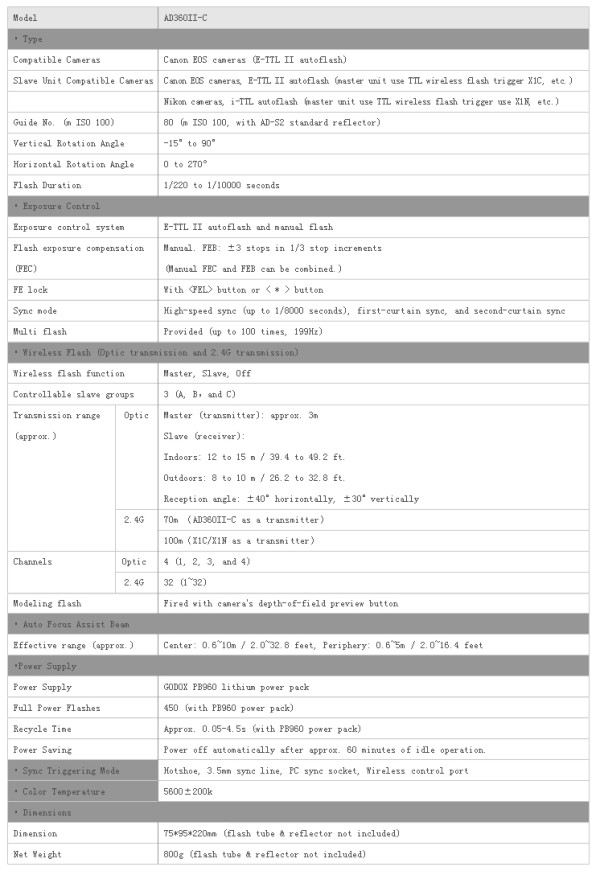 The Godox Witstro AD360II-C should be available soon. Early listings have already appeared on eBay, starting at $500 for the Witstro and battery pack, or around $780 for a bundle including X1-C TTL triggers.