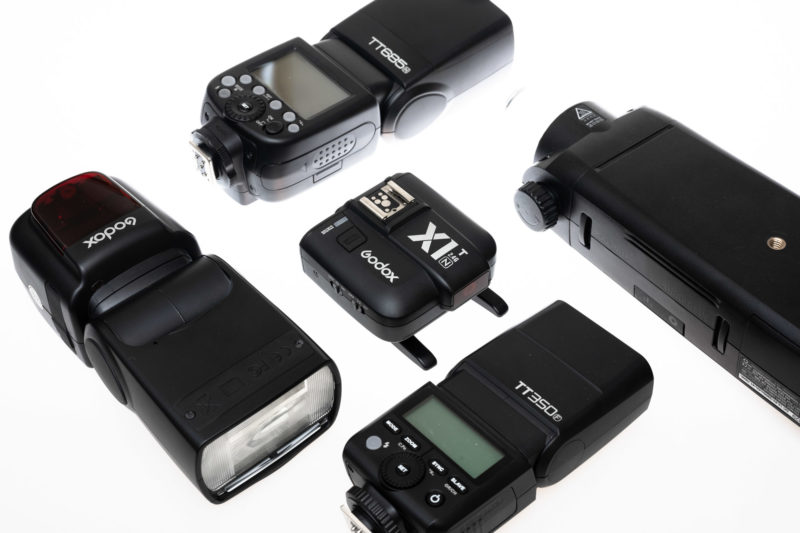 Over the last few years, Godox has become one of the biggest brands in the photographic lighting industry. While initially it was known as just another Chinese manufacturer, it became one of the manufacturers that offers really good ‘bang for your buck’, if not the best.

Their Witstro range of flashes can be found throughout the world under many different namesâ€”such as Flashpoint or Neewerâ€”but behind the name the flash remains the same. The Godox Witstro AD360 is loved by many of us (including the staff at Lighting Rumours) and was one of the first flashes that brought power, portability and affordability together. Afterwards other Witstro models such as the AD600 and AD200 helped Godox to establish their brand even further.

Now Godox has also introduced two other triggers, the XPro and the X2, but I would like to take some time to have a look at the X1. This trigger was released back in 2016 when Godox first introduced flashes with built-in 2.4 GHz. It was the debut of Godox support for wireless TTL. Although it might be an ‘older’ model, it certainly is not obsolete. In this review I will present my opinion about the X1 based on several years of heavy use with it.

Before we continue to the tests, first a bit more about the trigger itself. This 2.4 GHz trigger is available for Canon, Nikon, Sony, M4/3 and Fujifilm and features both TTL and HSS. The X1 can be bought either as a set or just the trigger itself. A set contains a trigger and a receiver, but the trigger itself can also be used to control Godox flashes with an internal 2.4 GHz transceiver, such as the ones that can be found inside the AD-360II, AD200, V860II or TT685. Likewise, a TT685 can also be used as master to a X1 receiver. For this review I mainly have used the Nikon version in combination with the Nikon D800 and Fujifilm XT2.

On paper the X1 triggers are very appealing. They have TTL, HSS and most of the other features that we commonly find on other popular TTL triggers, but also more such as the possibility to make HSS timing adjustments and to connect a camera or flash using a PC sync cable.

Even after several years of use, the X1 still looks great and I have to admit that I do not always take the best care of my triggers. While I always make sure that my speedlights and strobes are well protected and packed, I cannot say the same for my accessories. They often go all together in a bag without any additional padding and this bag is not always transported in the most gentle manner. Nevertheless, after years of abuse the X1 looks and functions great. 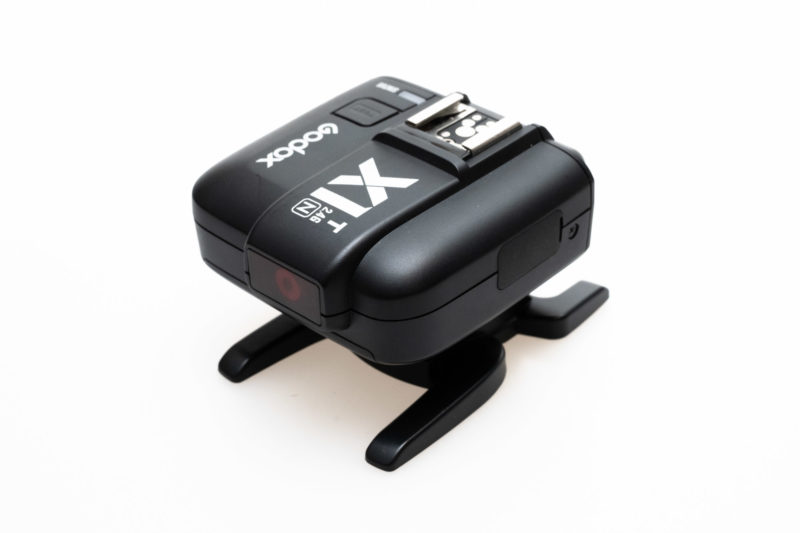 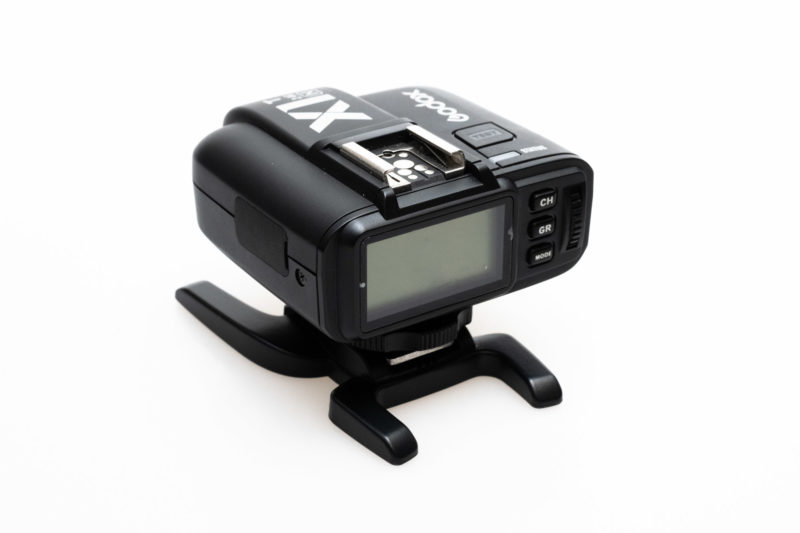 My X1T-N trigger is from one of the earlier batches and was not free from some teething problems. For instance on my Nikon D800 the hot shoe does not lock correctly due to some small alignment issues. In later batches this and some other details have been improved. This is also the case for the firmware updates. Over the course of the last few years Godox has released several firmware updates for the X1 triggers, some of which were addressed to fixing bugs while others added additional functionality.

Speaking about the looks, the Godox X1 trigger still looks like a sleek and simple piece of equipment. Due to the pass-through hot shoe Godox has chosen the keep the total height of the trigger relatively low, meaning that the buttons and LCD display on the back are quite small. Even after all those years I am not a fan of the way how the buttons are placed and the menu structure of the device. I think this is where the Godox X1 shows its age; the small LCD is not a dot-matrix type and earlier Godox products favored functionality over ergonomics.

As I said in the previous section, the display is quite small but fortunately well readable in any light condition. It displays the power of three groups, although it can trigger up to five groups. Since only three of the five can be displayed at once, you have to scroll in order to see the current set powers of all of them.

When you use the dial to scroll, the groups change position on the display instead of the cursor, meaning that with each click of the dial your display has been shuffled. Quick adjustments are more difficult to do because you have to reanalyze the information on the display each time you rotate the dial. In the image below, you can also see that group E is listed above group A and if you rotate the dial this changes. 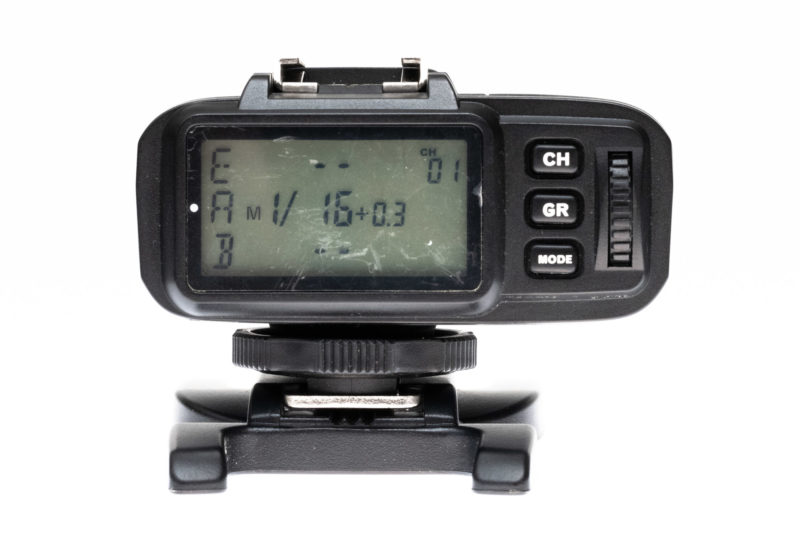 In general the unit is quite simple to operate, but for some reason I still do not find that the device is intuitive to use. Perhaps your experiences may differ, but I would like to have seen more dedicated buttons and a bigger LCD display.

Godox also recognized the fact that the X1 wasn’t the most intuitive to operate and added a ‘static’ display option though a firmware update. This makes quick adjustments already a lot easier. Initially each group wasn’t assigned to a fixed position on the display, but instead you would scroll through the groups. With this option (which can be activated by pressing the channel button for 5 seconds) you fix the position of each group on the display and dial only changes the activated group, and not the group order on the display.

Although I do think that this has been a great improvement over the old way, it didn’t solve everything. The X1 still isn’t the easiest nor the fastest to use and over the years my opinion did not change. A bigger display, more buttons and such would have been more than welcome, however this would have made it difficult to include a pass through hot shoe on top. It is a design choice that does not work so well for me, but others might work better.

Experience over the years

I think this is the most interesting part of this reviewâ€”the test of time. It is not often that on Lighting Rumours we write reviews after several years, but only then it is possible to a true feeling for the quality and reliability of the device. As I indicated earlier, the X1 was released back in 2016 and I started using it immediatelt, so they have seen approximately four years of use. 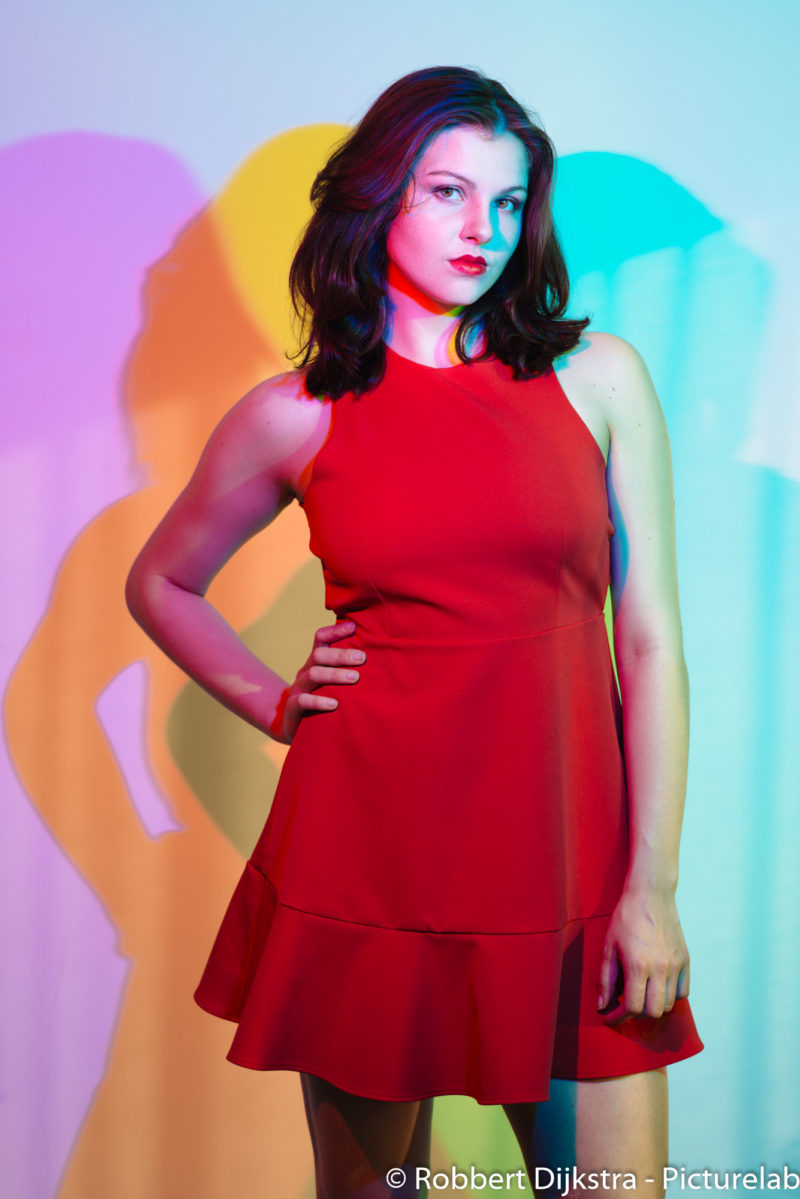 As much as I wanted to reveal some dramatic design flaws with the trigger, there is not much to say. I have used them many times and they have proven themselves to be very reliable, with little to no misfires. TTL works as you would expect it to do and the same can be said about HSS. If I had to nitpick, I can only think of one thing, which is the battery level indicator. These are not always reliable, especially when using rechargeable batteries.

For me, the most important part of this trigger is the fact that it integrates seamlessly with the Godox X-ecosystem. When the X1 was initially released, it was the first step towards the X-system as we know it today. Before the X1, Godox used the FT-16, a much more simple trigger without TTL/HSS and it still relied on a separate receiver. Though it’s a long time since its release, new flashes released today are still are compatible with the X1.

One thing also worth mentioning is the implementation of the manual mode. Many other TTL triggers didn’t work so well with light meters because they fired a small pre-flash before the main flash (since this is the normal firing mode in TTL) but they did this even when they were set to manual mode. I’m happy to say that the Godox X1 does not fire a preflash in manual mode, so it will not upset your light meter. Also, when you are using the test button the flash will fire flash with current set power.

Speaking of TTL functionality, it works so well that I nearly forgot to mention it in the review. Reliable, consistent and predictable. I use it very often when I am shooting outside where the light is always changing. Also in these situations HSS is very usefull, which again works very well.

Although currently I use the newer X2 version on top of my Nikon Z7, the X1 still travels with me to all my photoshoots. While the appearance of the X1 and X2 is quite different, the basic functionality is the same. I use it as back-up or for a second shooter that joins my photoshoots.

To summarize: we can say that the Godox X1 is indeed old, but certainly not obsolete. At the time of the release it was expected that Godox would introduce a trigger that could do TTL, HSS and remote power adjustments with their flashes. Even today these features still work flawlessly with all the products within the Godox X-system, including all the recently released flashes.

Overall, I’m very impressed with the way how the X1 is holding up. Even with my abuse it looks almost new and I never had the feeling that I would be left disappointed by the build quality. It is rock solid and directly conveys a feeling of reliability. The same can be said about the functionality.

The choice between the X1T and the X2T is, for me, easy. However, if you own a X1T then there isn’t really a need to upgrade. Solely based on specifications there is not much reason to change. They work the same and you get the same functionality out of our flashes. If you are still looking for a trigger for your Godox devices I would recommend getting the X2 over the X1, but if you are tight on budget, the X1 is an excellent choice still after all those years. And that is saying something, that even after all those years I can still recommend ‘old’ technology.

In the end it is quite amazing what Godox managed with the introduction of the X1. It does not matter if you are using a speedlight, barebulb or strobe; the X1T can control it. The X1 was the first step towards the X-system and we all know how successful that now has become. 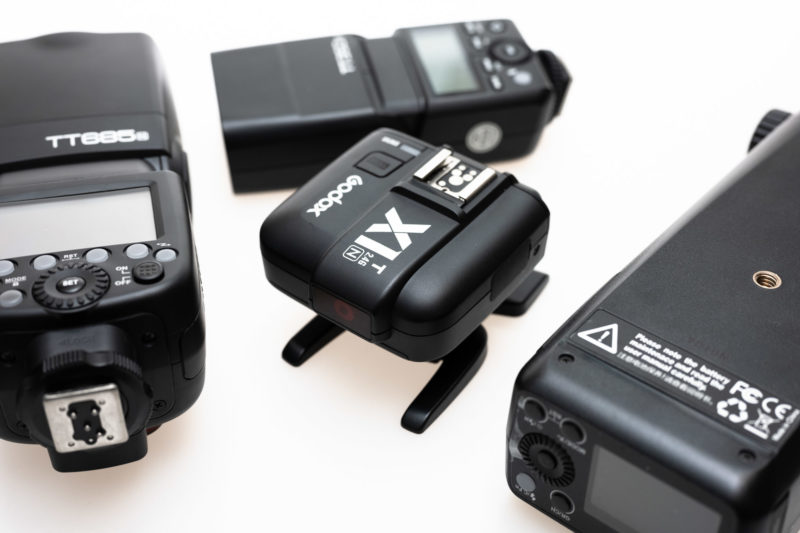