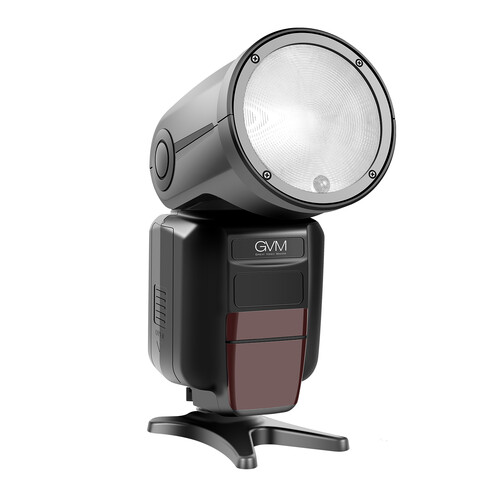 Great Video Maker (GVM) has released a new shoe-mount flash, the GVM Y1, featuring a round head, similar to the recently-announcedÂ Jinbei HD-2 Pro, the Godox V1 and the Profoto A1.

The GVM Y1 is manufactured by Chinese company Yueqing Originality, better known as Triopo, and its OEM name is the Triopo R1.

The flash is rated at 76Ws and it has a 2-watt LED modelling lamp. The hotshoe foot is a multi-pin type designed to work with both Canon and Nikon cameras in a single unit, offering TTL and high-speed sync (HSS) control for each. The built-in 2.4 GHz module is compatible with Triopo/GVM’s G-series radio triggers, which support 16 channels and three wireless groups. 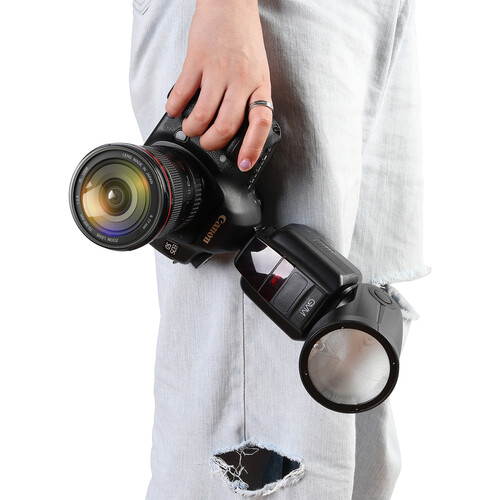 With a round head, the Y1 is supposed to put out a more soft-edged and even light distribution compared to a conventional rectangular speedlight. You can also mount magnetic accessories such as colour gel filters or gridsâ€”none are actually included with the unit, but the Godox AK-R1 modifiers might fit. The electronic zooming fresnel lens is specified to cover focal lengths from 18mm to 180mm. 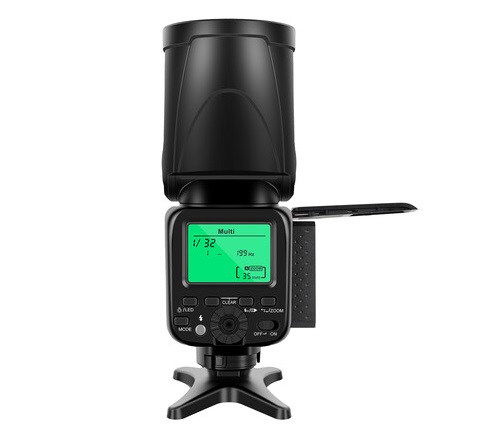 Powered by a 2600 mAh lithium battery, you can get up to 500 full-power flashes from a single charge, with a recycle time of 2.1 seconds. Power is adjustable down to 1/128 of full power. Unlike the HD-2 Pro, it does not have a touchscreen. Device firmware updates are via a micro-USB port on the side.

Available now, the GVM Y1 is $189 at B&H Photo, about $70 cheaper than the Godox V1 and a third the price of the Profoto A1. You can also buy it as the Triopo R1 on AliExpress for a similar price where it comes bundled with a G2 radio transceiver.

What ideas will Yueqing Originality come up with next?