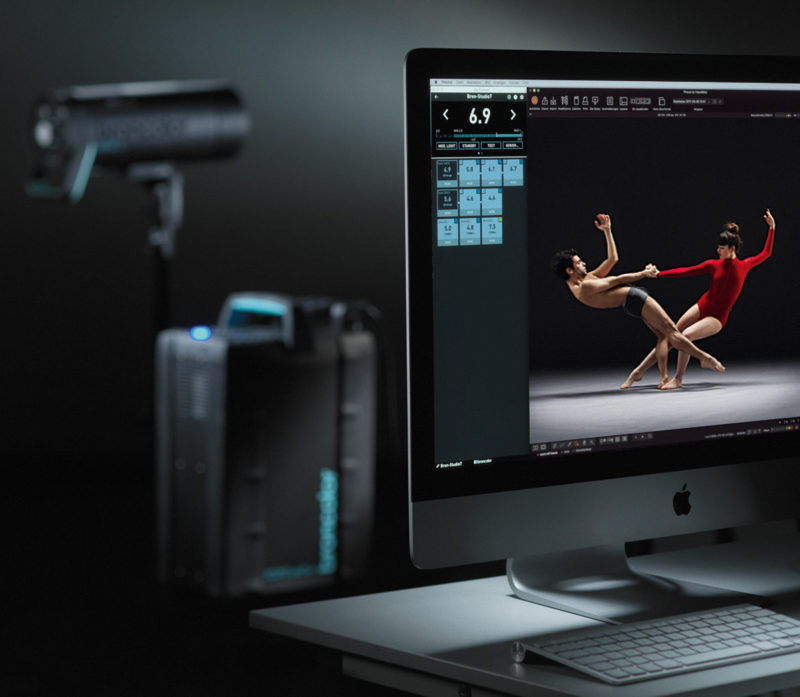 Bron, the Swiss lighting manufacturer, has introduced a new version of its Scoro studio generator with added WiFi support.

The new Broncolor Scoro WiFi supports wireless control through the free bronControl software, available both as a smartphone app (for iOS and Android) and as a desktop application for Windows and Macintosh. Technical specifications are otherwise identical to the original Broncolor Scoro packs introduced five years ago.

What’s more, the Broncolor Siros (reviewed here), which already had built-in WiFi but were previously only supported the mobile app, can now also be controlled through the bronControl desktop programme.

For more information and to download the bronControl mobile or apps, visit the Broncolor web site.

Broncolor isn’t the only studio lighting maker to offer WiFi control of its lights.

German manufacturer Hensel has announced that as of this month, all new Nova D and DL generators will ship with WiFi receivers built-in, at no additional cost. Older packs can be upgraded by the manufacturer upon request. The Hensel Expert D monolights have had WiFi support since September last year.

The Hensel Remote app for iOS and for Android allows remote control of settings of up to 12 lights in user-defined groups, over ranges up to 50 metres. Flash triggering is still done via the Strobe Wizard Plus triggering system or via your own triggers plugged into the flash’s sync socket.

Chinese manufacturer Jinbei has also introduced app support. The new Jinbei TR-Q6 2.4 GHz radio trigger can connect to your smartphone via Bluetooth and supports flash control via the official Jinbei app. It can control the latest HD-610, HD-601 and Mars-3 flash systems.

Other companies that already offered WiFi control include Elinchrom, via the EL-Skyport WiFi module and Korean manufacturer Rime Lite, whose high-end XB Prime lights allow iPhone or iPad remote control. Profoto offers a $500 USB dongle to enable Mac or PC control over its Profoto Air system. There are probably a few more I have missed.

Godox recently added iOS triggering and remote control support to its whole range of flashes and LED lamps, by way of the new Godox A1. It is currently the only manufacturer that also allows use of studio flashes with a smartphone’s built-in camera.

Is app or desktop remote control important to you? Would you buy a lighting system without it? Share your thoughts in the comments below.