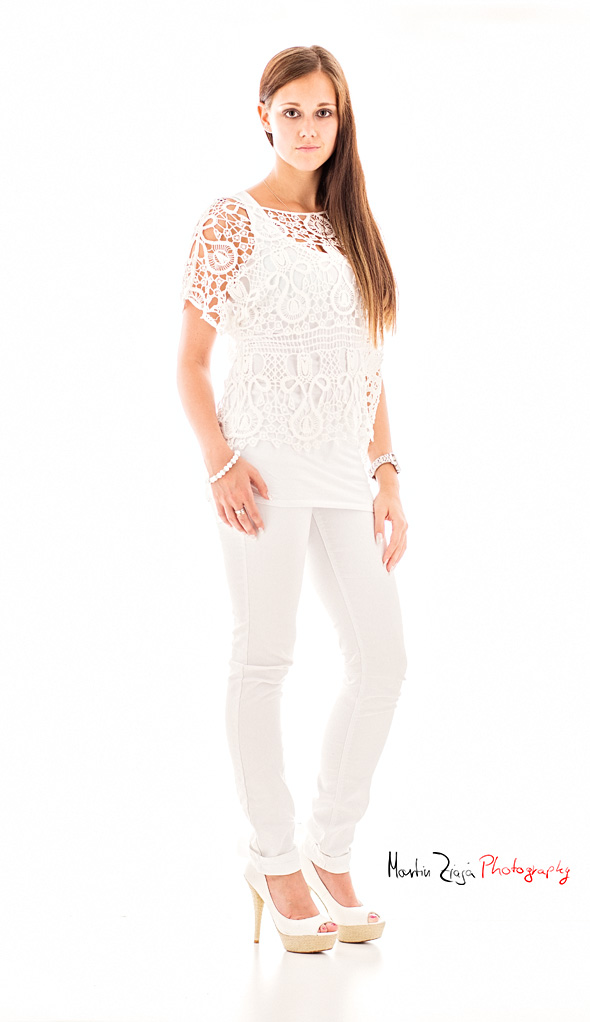 In a recently given workshop about high-key photography I tried to push the limits of a single speedlight a bit. The task was to light a full-length, high key portrait in the studio with a single speedlight and without a light-former. But first of all, here’s the result:

As you can see, the light flooded over my model quite a bit â€” shooting the “traditional” way using multiple lights, I would have made sure to stop that. But with a single speedlight I lived with it.

My model Angela stood about 2.5m in front of the white seamless on two painted wooden boards (hence the slight reflection). My speedlight, a Yongnuo YN-560, I placed directly behind Angela on the floorÂ and pointed it at the background. To be on the safe side, I wrapped the speedlight in a sheet of white paper â€” better safe than sorry!

The Yongnuo was triggered wirelessly at full power and at its widest spread (17mm). To bounce light back on my model, I placed two reflector boards just outside the frame in front of her and photographed right through the gap between them. In fact, they were a bit in the frame and I cloned them out later. I used foamcore, so they have to be quite close. If you use silver reflectors you get more light bounced at the model and you can get further away with them. 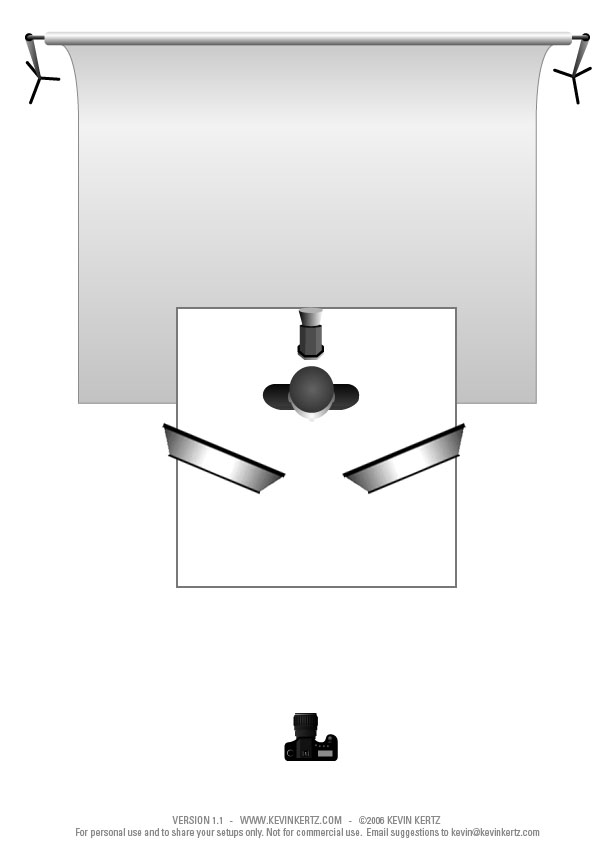 I set the camera to 1/125 second, f/4 at ISO 160. If I needed a smaller aperture, I could have easily cranked up my ISO. Shooting a more-or-less white scene, you won’t see any noise, because noise appears primarily in the darker tones of the image.

If you shoot in a very small room, like a basement or a living room, you probably can get away even without the reflector boards â€” with this setup you fill the whole room with light, which oftentimes is more than enough. Just give it a try! And if you have any questions, feel free to ask!