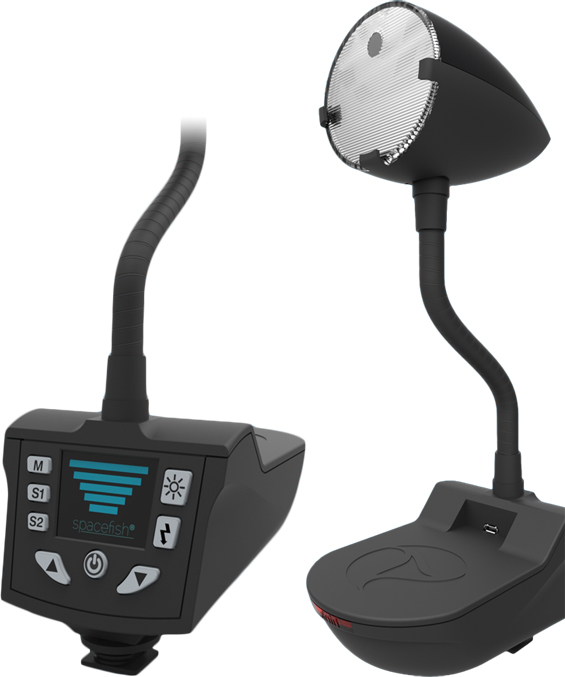 Regular readers of LightingRumours might directly recognize the name of this flash, the Spacefish. After a long teaser period, the flash was announced sometime last year. Following a failed Indiegogo campaign, the Hink staff have decided to give crowd-funding another go with the Kickstarter platflorm.

For £75 you can acquire a special flash for yourself, featuring a bendable neck that makes it possible to direct the light exactly in the direction you want it. Besides the flexible positioning, the Hink Spacefish also features an internal lithium-ion battery and proposed micro-USB accessory system.

At the moment of writing the project has little over two weeks remaining and has raised £2,183 of the total £35,000 target. With the previous crowdfunding campaign being unsuccessful, the question is whether Hink can manage to fund the Spacefish this time.

One thing is sure: Hink are persistent and want to get the Spacefish on the market. They believe in the success of it, so what about you? Is this bendy flash something for you? Check out the Kickstarter here.