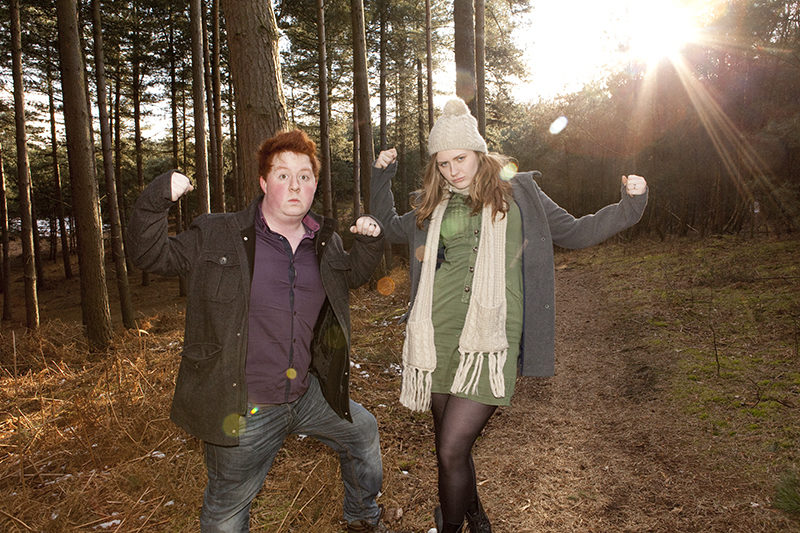 This week I sat down with the founders of Hink, the British startup that wants to take the photographic lighting industry by storm. The company â€” based in Bedford â€” has been running a teaser campaign since March for their mysterious first product, the “Spacefish” flashgun, which is due to be unveiled and released this summer.

Team Hink, headed by Christopher Clark and fiancÃ©e Philippa Oliver â€” both photographers â€” gave an interview that was frank and taciturn in equal measure: the pair tried to balance getting across their enthusiasm for the product without revealing too much about what it actually is. The project is also being backed by David Huke of Wildfire Solutions, a technology consulting firm.

At 22 years of age Clark could hardly be accused of being an industry old hand, but he isn’t starting Hink as a blind venture either: he was formerly an employee of phoenix photographic retailer Jessops and then a product designer at self-proclaimed “cool” tripod company Three Legged Thing.

So what has this flash got that “changes everything” as they claim? In a word: modularity. The flash will be part of a system offering a whole host of interconnecting accessories, with different combinations for different applications.

As previously revealed, there will be a modelling lamp, which will be made up of four “super bright” LEDs, along with a conventional flash tube and a standard hotshoe foot. Everything is powered by a non-removable lithium battery, which charges via micro-USB, akin to a smartphone. If you don’t like that, the modularity allows you to add extra batteries, for instance AAs or even a mains adapter.

Adjustment is fully manual via a simple control panel of blinky ‘idiot light’ LEDs, as seen on the Yongnuo YN460. Need TTL exposure control? No need to buy a whole new flashgun, as there will be an add-on module for that, coming “quickly” but not in the initial line-up of accessories and not before Christmas 2013. We can look forward to “a really cool user interface” with an LCD control panel when the TTL module finally lands. Though there is a USB port, for the manual flash it is “unlikely” to be used for firmware updates.

The first generation of add-ons, coming out with the main flash unit this summer, will include a clip-on wireless triggering module “that looks very cool”. This will just be a simple radio slave but more advanced remote control units will also be available, probably later. It will also be possible to increase the maximum intensity of the flash, presumably with a module that adds extra capacitors.

There is no umbrella holder, but being a shoe-mount flashgun you can use a swivel bracket as with any normal speedlight. Proprietary adapters will be available to link the Hink with other lighting accessories, such as softboxes.

And how about filters? “The only thing I will say is ‘be there or be square'” says Clark.

Up to now, no images of the Hink “Spacefish” have been published and the only reported details were that it is a flashgun with an LED modelling lamp. With much talk and little substance so far, some commentators on our past articles have been sceptical, branding the campaign as “mostly hype” or “cheap and easy publicity”.

But Clark and Oliver shrug off such claims. Apparently, Hink’s managing director has yet to meet a photographer â€” who knows or has seen what the product actually is â€” that wasn’t bowled over by the concept. The Hink flash solution is “so obvious that it kind of hurts”, Clark says.

“The development of flashguns has been forgotten” and “looks dated” compared with advances in cameraphones and digital SLRs, he adds. “Currently it is hard to be creative with a flashgun unless you are sure what you are doing with it.”

“The Iron Man of flashguns”

Short of revealing the whole thing, I ask what would be the best analogy for the Hink Spacefish system. “The Iron Man of flashguns,” answers Clark: “Modular, with a British voice inside… and it’s cool.”

He also compares the system to a “studio in a lunchbox”, designed for “photographers who like to use multiple speedlights off-camera in a creative sense”, with the modularity of the set-up making it possible to add “creativity into it with more ease. Certain industries will use [spacefish] and certain industries won’t. Wedding and portrait photographers are going to love this.

“It is not a replacement for a pop-up flash, though it can be and you can use it that way if you want to.”

What will the flashgun look like? Despite what they have revealed to us about the system and its features, Team Hink did not show us a sample or any pictures, Ã  la Sony. They did say however that they are not looking at black. Instead it will be available in “shades of grey and more”.

The Spacefish (not a final title â€” Clark and Oliver say they are “still [sitting] up nights thinking of a name”) will be publicly revealed in the coming months, “aiming for a summer release”. Hink’s founders stopped short of promising an exact date, claiming their “biggest worry” is a compromise in quality from bringing production forward too quickly. A prototype is supposedly two weeks away.

Some well-known American photographic retailers have expressed an interest in distributing the product in the USA, where it will be released around November 2013.

All aspects of the Hink flash’s design and â€” interestingly â€” production take place in the United Kingdom (even the printed circuit boards), partly to stop the Chinese copying the idea. In fact, Christopher Clark says Hink will be crowd-sourcing the making very first batch: “When we assemble the first lot in the UK we will be recruiting volunteers to work for one. It is literally that small a company. We will buy them a beer and give you a flashgun”.

“Keeping it Old Blighty” is a running theme and Clark plans to operate as a startup incubator “to use students who are coming out of university into a world short of jobs, especially in the industry of photography, engineering, design.” Some of the first-generation software for the Hink flash may be developed by engineers at the University of Edinburgh.

How much will it cost? In our interview Clark and Oliver kept mum on exact figures, but did say that they will be handling distribution in the UK themselves, with customers able to buy the main flashgun from photographic retailers and then get certain accessories as well as servicing directly from the manufacturer.

In a statement to the Hotshoe Anthologist blog, they said: “We’re not finalised on price yet, but the plan is not to price ourselves out of the market!” Precise release dates, dealers, technical data and feature lists for the Hink flash are all to be confirmed.

A modular flashgun is not the only thing Hink has planned, so don’t expect the Spacefish (or whatever it will be called) to be the only product to come from them: “video is on our agenda”, they said. For further information on Hink, visit their web site.

For the record, I have no stake in this project. Chris Clark told me not to put up the following picture. To prove my editorial independence, enjoy: 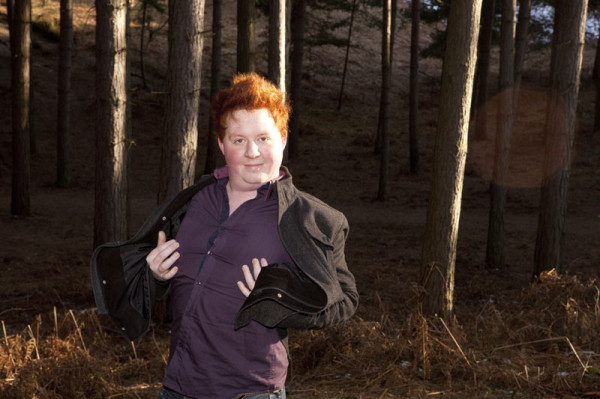 What do you think about the Hink Spacefish? Do you like the idea of a modular flash system?

Update 3/9/2013:Â Hink haveÂ apologisedÂ for starting their teaser campaign “probably… a little early” but promises to reveal their as-yet-unseen product “before the end of September”.