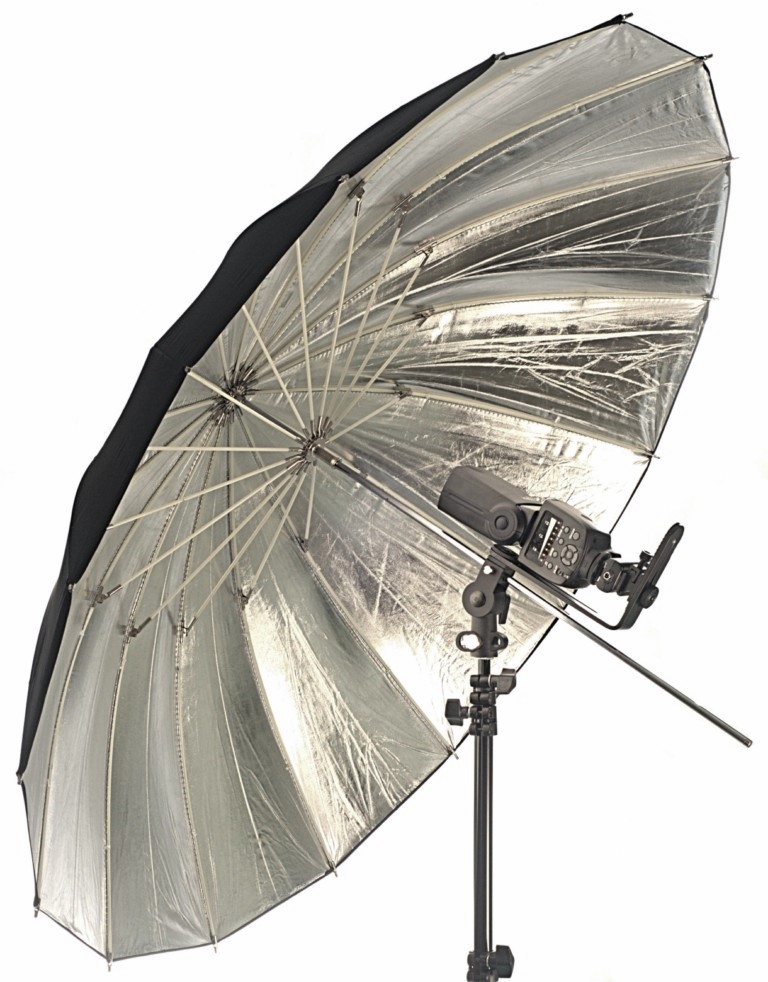 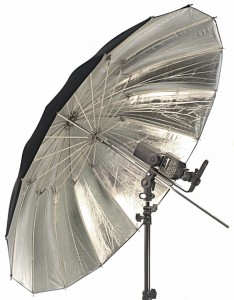 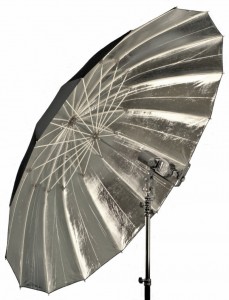 Gloucestershire, UK: Online photographic supplier CotswoldPhoto has released the first in a series of Hobo Lighting parabolic umbrellas. The 42″ (105cm) Silver/Black Parabolic Type Umbrella (right) is now available, to be followed by 64″ (162cm) and 85″ (215cm) versions.

Seen other ‘High Quality’ umbrellas from China? We have too, and we are not impressed. We had to go back to basics. The cloth? No factory in China was making this high a quality cloth. Users of the market leading parabolic light modification system umbrellas (a brand based in Nashville, Tennessee, USA) were asked to compare those to this umbrella and the feedback was positive. So we have had the cloth made specially for us. The ribs. 16 instead of the normal 8 gives a stronger design and a more round edge shape. Instead of metal ribs, we have used a white fibre. Again stronger, and less obvious in the catchlights in your images. The cloth panels are not single stitched as normal umbrellas are, but double-fold stitched instead, for strength, to minimize light leaks, and to leave only silver material facing and visible.

The 64″ reflective model (right) is coming in the next few weeks and front diffuser covers will be available “soon”. The 85″ version has not yet completed production.Â White parabolic shoot-through umbrellas are planned for later this year.Â Other Hobo Lighting products include the A600 monolight,Â CLS65 compact light stands and a planned pure sine wave battery pack.

The Hobo Lighting 42″ silver parabolic type umbrella is available for Â£19.99 from the Cotswold Photo eBay Store including a 1 year warranty. They also sell a bracket to optimise use of the umbrella with speedlights.

International customers: Pick a zone for the correct postage and VAT. More detailed shipping information can be found in the listings.

At a retail price of Â£20 GBP and international shipping for Â£5 or less, the Hobo Lighting umbrellas are the cheapest parabolic light modifiers available. You can pre-order aÂ Paul C. Buff 2nd generation 51″ PLM (with specialised speedring assembly)Â for Â£75.61.