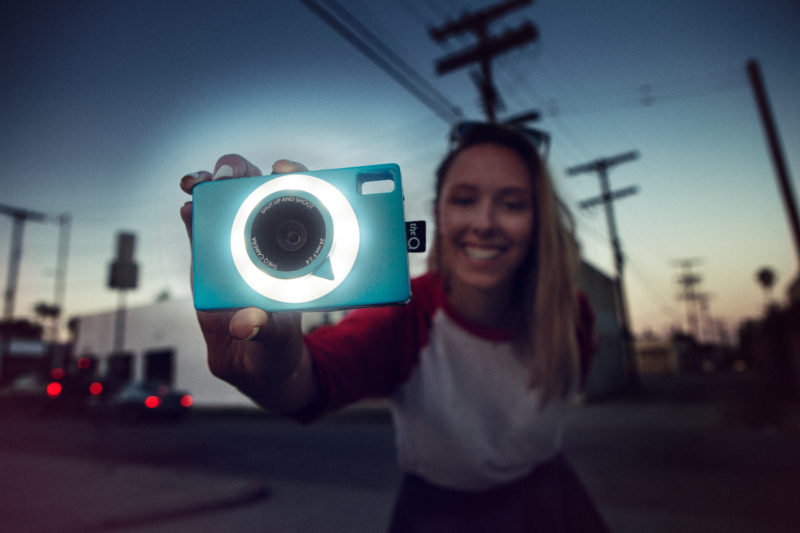 Need a simple camera, or just a bit too hipster for your own good? A new snapper called theQ (not to be confused with the Pentax Q) is calling itself “the world’s first social camera” and features an LED ring flash as standard.

A bit of a pushback against modern feature-heavy cameras and smartphones, theQ has just three capture modes: Outdoor, Indoor and Night. There is no manual exposure control, no touchscreen and very few bells or whistles. It is, however, waterproof, dustproof and uploads your photos automatically to the internet via built-in wireless 3G. The whole thing costs $200 and comes in nine different colours. 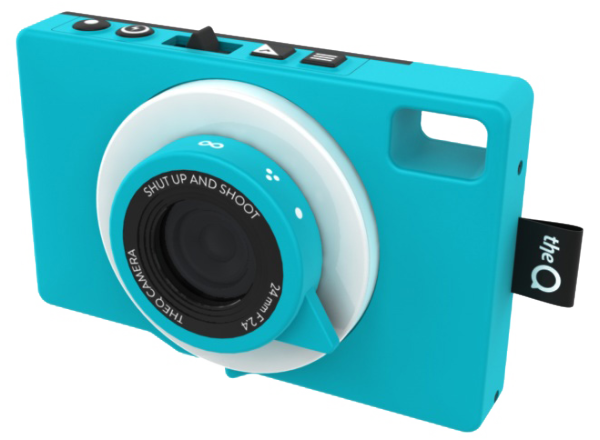 The 24mm f/2.4 lens has a fixed focal length and manual focus, while the 5MP images are processed “to have an intentionally low-fi look”. There’s a basic optical viewfinder and a 2.7-inch, 240p screen to compose and review the photographs. Once images have been uploaded to the company’s cloud storage, files are overwritten in the camera’s local 2GB memory.

But you can access the images online on your computer or mobile device via theQ Lab, which allows you to add digital filters to pictures and then share them to social media. 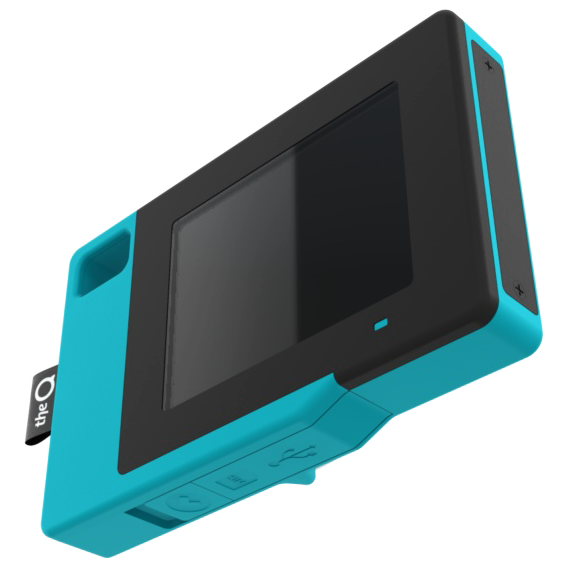 The flash, or TheQ Light, is an 8-LED ring surrounding the camera’s fixed lens. In a similar vein to the camera itself, there is no fine-tuning. When taking a picture you have the choice of two buttons: “Shutter” and “Shutter with Flash” and that’s your lot.Â But as well as a flash, TheQ Light also works as a battery-level indicator or self-timer countdown, each segment representing one eighth or one second respectively. 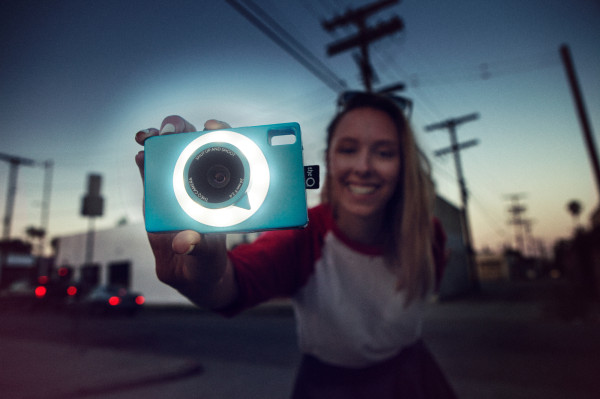 While theQ’s creators admit “they knew next to nothing about making cameras”, they have stumbled upon good idea. Mobile phone LED flashes look horrendous and pop-up flashes on compact cameras don’t fare much better.

A ring flash on the other hand, such as that on theQ, will eliminate unflattering shadows, since light comes equally from all sides of the lens. It will generally produce more even lighting than a conventional flash. Concerns about relative brightness of LEDs may be mitigated by there being eight of them.

Whether theQ takes off remains to be seen, but theQ Light could at least be a harbinger of nicer lighting for little cameras. Similar flashes-for-the-masses include theÂ Lightstrap, an iPhone case that adds an LED array around the lens, as well as off-camera solutions such as the Rift Kick and iBlazr.