Monobloc location heads seem to be all the fashion at the moment. A single head, no wires or packs. Easy to pack, easy to carry and uses full sized modifiers. The Impact Cruiser from B&H Photo is a perfect example, and has a few surprises up its proverbial sleeve to boot!

The power switch is a three way rocker switch. Centre is off, up for DC and down for AC. Just forward of the switch is a capped socket, which takes the business end of the AC supply, and makes this unit very versatile. There are other location units available that can also run on AC, but it tends to be an optional extra to buy the AC unit and adapter. The cruiser doesn’t require an adaptor, and is supplied with everything you need from the get-go. That’s a nice touch.

It’s a nice looking unit, and the first thing I noticed was the fact it actually has a handle. We’ve seen several location monoblocs that have had no handle, and therefore needed two hands to do anything with it. Even carrying them can be difficult if you intend to take both the monobloc and a couple of modifiers to your allocated bit of outdoor studio. The Cruiser has a nice compact handle at the base of the rear panel, and makes carrying, or fitting to a modifier much easier. 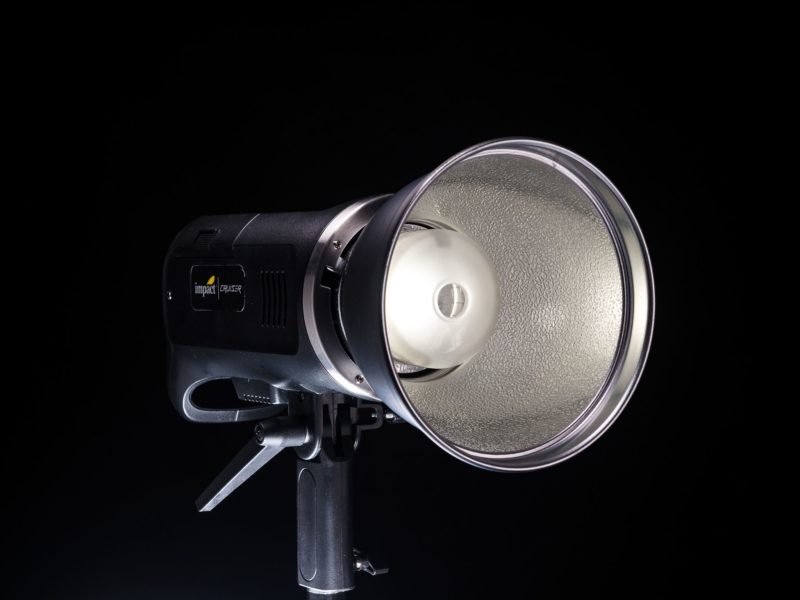 The bulb has a frosted dome, helping diffuse the spread of light. And central to the bulb is the 10w LED modelling light. Whilst we are talking of bulbs, the shortest flash duration is 1/9000 sec, which is certainly respectable.

I wasn’t entirely convinced by the umbrella holder, if I were to be honest. A couple of flimsy looking plastic hoops on the side of the tilt pivot point. Okay, they may actually be stronger than they look, but they didn’t instil confidence. That said, for my own work, I can’t recall the last time I used umbrellas, so it wouldn’t be an issue.

The bracket on the Cruiser is a little unusual, insofar as it’s quire long, rather than the customary three inch or so. No, this is long. To the point I felt it was unnecessarily so. I worried about leverage on the light stand spigot with heavy modifiers, although there was no evidence, even with 70cm beauty dishes with grids. I kinda mellowed towards it when I needed an assistant to hand hold a head with a modifier on, and the long bracket came into its own. He held it like a pistol grip, and only needed the one hand to do so. Fair play, Impact. 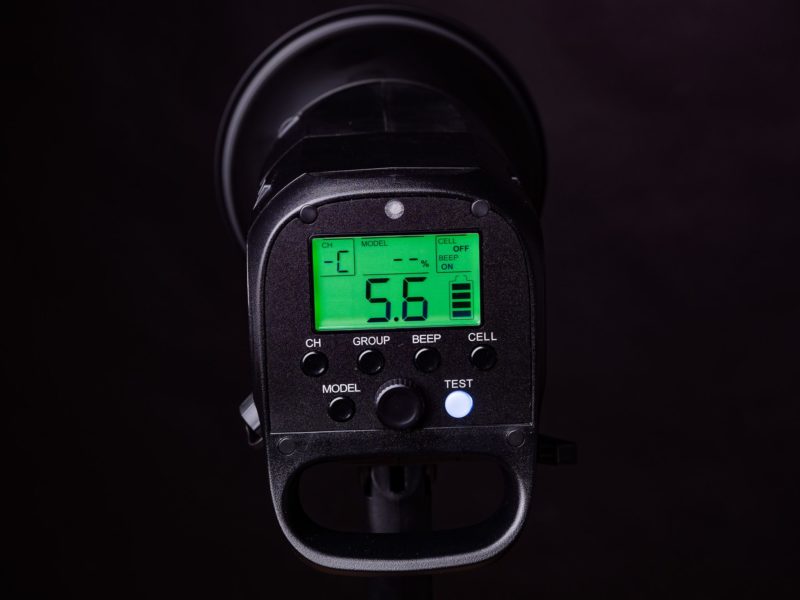 The information panel isn’t anything particularly fancy. Just a simple green lit panel with the LCD information clearly displayed. And okay, it’s not fancy, but the information is displayed quite large, and adjustments are very straightforward.

The remote control is equally straightforward to use, and I figured it out with a couple of minutes button prodding, rather than reading the manual. One thing I did notice, the foot plate was metal, which is good. Although it looked rather thick, and I’ll come back to this later.

Light meter at ISO200, 1m away from the bulb. The supplied standard reflector was used.

The recycle time is about three seconds at full power, and whilst it’s fan cooled, the fan is very quiet, but you do hear the speed dip when it recycles on full power. It’s unaffected on the lower power settings.

The meter findings were pretty consistent, and the range of power adjustment is nine stops, basically bringing it down to 1/256 output. It basically brings the output from 500Ws, right the way down to 2Ws.

The supplied trigger is a Nikon fit. They are currently available for Nikon, Canon and Sony. Now, I’m an Olympus shooter for most of my commercial work, so I had to get my hands on a Nikon for the TTL tests. I basically robbed my father of his Nikon D90 (Yes, it’s old, but a NIkon is a Nikon, right?). No pro lenses, just the 18.0-105.0 mm f/3.5-5.6, so it was going to be interesting to see what I could do with it.

This was following a very quick test shoot with a Fuji GFX. I then swapped to the Nikon D90 to see how it performed. The Cruiser was the only light source, other than the sun, and the Cruiser was set to TTL. Very simple. Just set the shutter speed, aperture and ISO, set the trigger to TTL and press the shutter. Piece of cake!

Now, this is where I found out that not all Nikons are created equal. Okay, that’s a little unfair, as the D90 is rather old model. Remember I mentioned the transmitter foot looked a little thick? Well the D90 didn’t really care for it, and the transmitter was difficult to put on the camera’s hotshoe. However, it was extremely difficult to get it off again.

I know it’s not the transmitter, as it’s been used on several other cameras since. I’ve used it on everything from Olympus to Fuji and far more than I care to remember, and it’s fitted fine. Obviously no TTL, but it’ll fire the Cruiser as a manual transmitter just fine on other cameras. The transmitter foot plate was a snug fit on most of the cameras, but the D90 was a huge challenge. It may well have been just that camera, especially considering the lack of issue with any other hotshoe.

And to prove the point, this image is a single head light source. The Cruiser was firing through a softbox frame left, with a reflector frame right. Taken with the Fuji GFX.

The BTS, showing the Cruiser frame left, and the transmitter atop the GFX, controlling the cruiser remotely in manual mode, my preferred modus operandi.

Within the studio, the Cruiser seemed very much at home, either running on AC, or still using the battery. To be honest, I found the battery life to be absolutely fine, even with a heavy schedule, and the lack of cables was liberating, to say the least.

Confession time. When I first unboxed it, it kinda felt sorta cheap. The bracket seemed overly long and the display seemed big and simple. However, that long bracket proved to be extremely useful on more than one occasion. And that big, simple display? Well, you can see exactly what’s going on from much further away than you can on a lot of other heads. The contrast is just right. And that perception of feeling cheap? Nah! It’s been bounced around from shoot to shoot, swapped from various mods on the fly, and dumped unceremoniously around various location shoots and dubious surface elements. (Stay away from â€œmudâ€ patches in fields with cows!)

The Cruiser either shrugged off the abuse, or just ignored it.

The recycle time on full power is about three seconds, and whilst it may sound slow, it didn’t impact on workflow, and reduced quite quickly as the power was dialled down. It’s extremely intuitive to use, whether from the head mounted controls, or via the dedicated transmitter. The fat foot on the transmitter gave me heart burn for an hour, but it’s not an issue on any other camera we tried it on, although it was a snug fit on a few.

It’s not particularly heavy, and it does feel quite robust. The modelling light is certainly fine in the studio, and of use in low lit locations. I know I said it earlier, but the handle is essential, and I wished the other guys would realise this.

Pricing on B&H Photo’s site is around the $1000 mark when I last checked. It included the trigger of your choice, saving another $100.

You’re getting TTL, if you want or need it. It currently includes the transmitter, so that saves a good bit. However, I feel the important factor is the fact it includes the AC transformer and cable too, not only saving another chunk of cash, but giving you everything you need.

Considering what you are actually getting for your investment, I’d say it was a good investment.

Also, at the time of writing this, I noticed B&H Photo had a discount offer on the Cruiser, pricing it at $600 and still with a free transmitter. That’s a hell of a bargain!