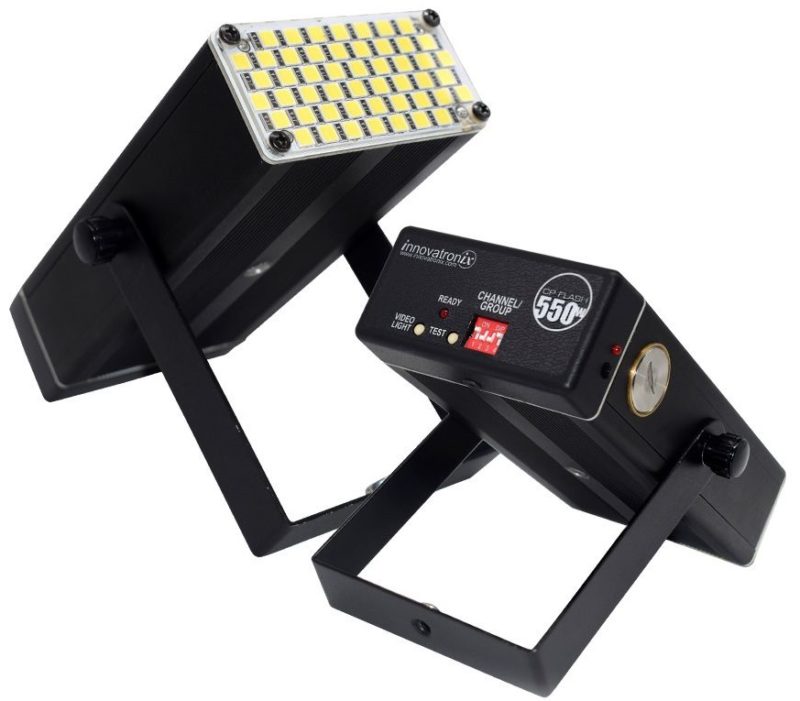 This year, Filipino manufacturer Innovatronixâ€”a company best known for its battery invertersâ€”announced the CPFlash, an LED lamp that it claims is the ‘first and only’ high powered, off-camera flash for smartphones in the world.

It is a battery-powered, self-contained LED head that is similar in size to a speedlight, with Bluetooth control via an app. One of the unique selling points is the ‘flash’ mode, which works with smartphone cameras or regular cameras via traditional radio trigger included with the light. It has rechargeable, replaceable, non-proprietary batteries, comes with a range of magnetic colour filters and is small enough to fit into a Bowens S-type softbox mount.

The Innovatronix CPFlash is not the first LED that can act as a flash for stills photography: Rotolight’s products have a similar feature, as does the recently introduced Godox FV150 studio light. Several Xenon flashes now support smartphone cameras as well, most notably the Godox A1 and Profoto B10.

So, is it any good? I haven’t tried one myself yet, but a handful of photographers with samples have shared their initial impressions in the following videos.

These are mostly unboxing videos and don’t go into a huge amount of detail about using the CPFlash in the real world: the most helpful so far is the last video above by Guilherme Rossi (and a subsequent video where he uses it alongside various other LED lamps). Initial impressions are positive, however, with people particularly finding the colour filters a particularly nice touch. With any luck more reviews will emerge over time.

These first views might help you decide whether to get one for yourself. The Innovatronix CPFlash is on sale now for $199 on Amazon or the Innovatronix Shop. Have you tried one? Share your thoughts in the comments below.