Filipino manufacturer Innovatronix has launched its first lithium battery pack, the Tronix Explorer 500Li. The Tronix Explorer 500Li is a pure sine wave battery inverter designed to power studio flashes that usually run off the mains. There will be 115V/60Hz and 230V/50Hz models available for different regions.

The company says the new generator is “63% smaller than similar power-rating inverters” and “31% lighter”, measuring 16 x 17.5 x 21.5cm and weighing in at 4.7kg. It has a full suite of protective features including a cooling fan, automatic overload, short-circuit and overheating prevention, all to keep your precious gear from getting fried. 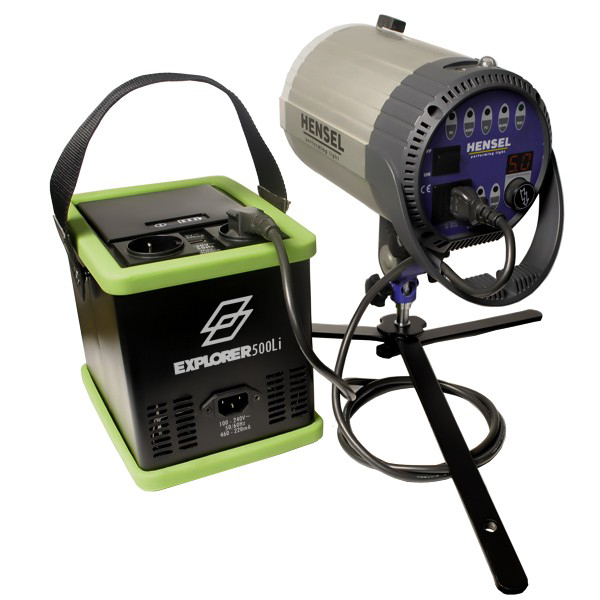 There are two output sockets by default, though you can always add a power bar should you need to run three lamps at once. And if that wasn’t enough, it’ll also charge your smart devices via USB.

Since the battery for the Explorer 500Li and P-Dock is interchangeable, you can use one and keep another in reserve, allowing you to swap in a new battery instead of having to stop your shoot and wait for the thing to charge back up.

If shooting with mains-powered studio lights isn’t your thing then there is also the Tronix Explorer P-Dock, a high-voltage pack for speedlights that uses the same battery as the 500Li inverter. It will power up to three camera flashes at once, if they use either the Nikon or Canon-style power connectors.

As well as the different voltage outputs for the inverter, you can opt between three different kind of plug sockets: US-style (110V), Schuko (220V) and universal (220V; accepting BS 1363 and Europlugs, among others).  All three models can charge from universal voltage (90–240V).

Previously the company had promised to release a lithium version of the Tronix Explorer XT-series, called the Explorer XTLi, in 2013 but it never materialized. The 500Li is therefore the first Innovatronix pack to depart from sealed lead acid (SLA) battery technology. And it’s bright green, following the lead of manufacturers such as Jinbei and Godox who make brightly-coloured battery inverters.

The Tronix Explorer 500Li is anticipated to cost US$690, but the P-Dock price is not yet announced. Extra lithium batteries will be $250, and if for some reason you want to buy a spare Explorer inverter without the battery then you can do so for $440 (any version). Buy directly from the Innovatronix web shop, or wait for your nearest dealer to have stock.