LED lighting systems have been steadily rising in prominence since DSLR cameras gained the ability to record HD video. Such devices can be now seen in different shapes and sizes: from the portable ones that fit in the hot shoe of the camera to the really big 500- or 1000-LED panels. The biggest advantage this kind of gear offers is its very low consumption of electricity along with the relatively small amount of waste heat generated (compared to tungsten lamps). They also do not have the color flickering problem found in some fluorescent lighting systems.Â However, many of us wanted a solution that could accept the same kind of modifiers that we use for our studio flashes (softboxes, umbrellas, beauty dishes, and so on). And it is only now that manufacturers have brought out a solution.

Enter Jinbei, with the EF-100 Sunlight (EF-100 for short), an LED-based lighting system presented in a familiar monolight shape with an S-type/BowensÂ accessoryÂ mount and an umbrella holder with anÂ equivalentÂ power output (compared to tungsten) of 1000 Watts and a power consumption of 100 watts. Jinbei had a “Mark I” version of this gadget on the market before but it had a small yet crucial design flaw: you could only change the power output of the unit via remote control and not from the unit itself, which presented a big problem if something happened to the remote control (you lose it, you break it or the batteries run out).

However, after hearing shooters would like the idea of being able to control the power output from the unit itself too, Jinbei made changes and you can now do it in this new version. (One thing I like about Jinbei is that they listen to their consumer base. In ourÂ review of the DC-600Â we said we would love to have a heavy duty head to be used with heavy modifiers andÂ it is now availableÂ in the market after some months.) So let’s skip the historic blah, blah, bla and let’s see what’s up with the EF-100: 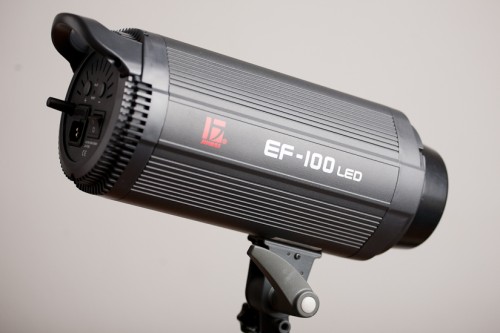 The EF-100 Â is presented in the classic monolight shape. It is really robust and solid: no cheapie-cheap materials â€” metal is generously used in the unit to make it heavy-duty and even where plastic is used, it is good plastic. 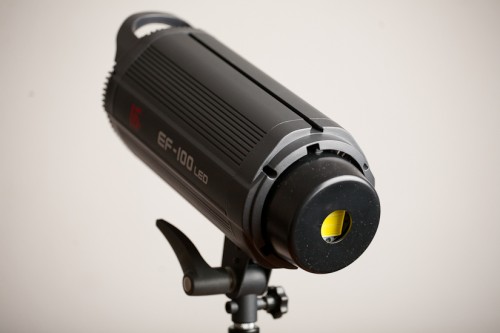 On the front we have the LED array and the heatsink that works hand-with-hand with the fan cooling system toÂ dissipateÂ heat. Even though LED lighting is much more efficient in temperature than the tungsten equivalent, it does generate some heat, thus the need for this cooling system. The fan is audible but not to the point you would need to raise your voice to be heard, although it could interfere with on-site audio recording if you are doing video. 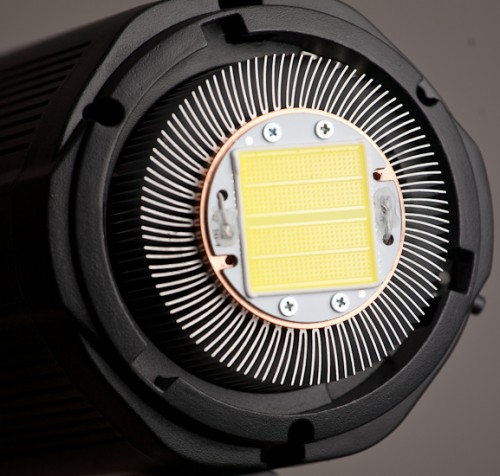 As you can also see here’s the Bowens S-typeÂ accessoryÂ mount. 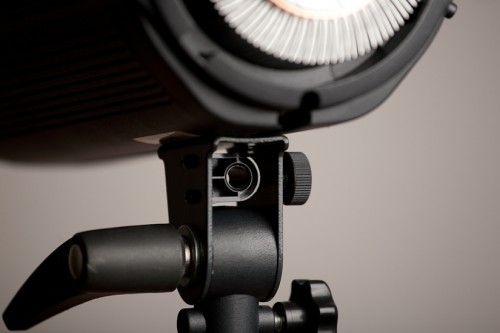 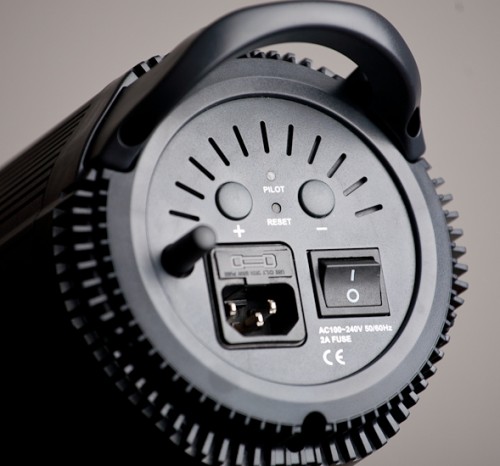 From behind you will find the power output controls marked with a + or – button, the on/off switch, the antenna for the remote control and where you plug the mains cord; above from the latter is where the fuse chamber is found. 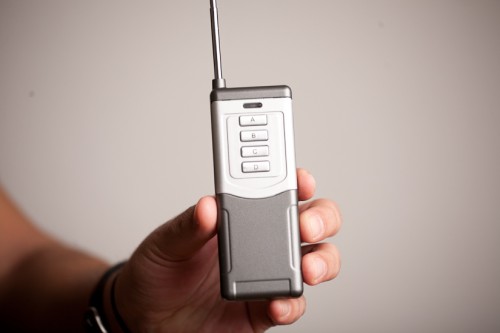 The remote control is easy to use and I haven’t had any problem controlling the power output with it. It even worked out of the line of sight (differentÂ room with walls between the remote and the EF-100). The remote uses AAA batteries and you can raise or lower the power output, turn off the light, etc.

When you turn the EF-100 on, you can see the amount of light it canÂ emit.Â It isÂ a lotÂ at max power and it is without doubt on par with its tungsten cousins in the 1000 Watts range in terms of output. The white balance is closer to fluorescent than it is to sunlight, so keep that in mind when selecting this product; there’s a green tint on the color however most of the LED panels of the equivalent power output have also the same problem. (Kirk Tuck, who is a big fan of LED lighting, has talked about this issue when he reviewed some LED panels he bought.) In photography at a studio it won’t represent much of a problem if you use a Colorchecker card or a grey card to do custom white balance in post (I use aÂ QP Card 101). 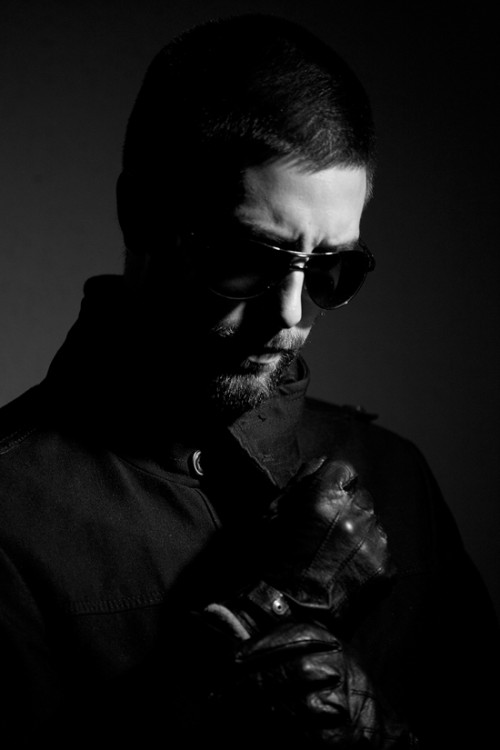 Thanks to Miguel Serrano fromÂ Escaparate VisualÂ for being the model of these photos.

Sincerely I liked it a whole lot: this second version doesn’t present the problems theÂ previousÂ one had. It is a very robust and reliable system that has tons of uses: product photography, portraits with shallow DOF, videoÂ illuminationÂ (so long as you aren’t recording audio on location). If you are going to use it, remember to shoot with a color checker card or at least grey card. The fact that it now has power output controls on a remote control and on the back of the unit is really nice, but the unit can only be turned completely off from the back of it and not from the remote control (not a con really).

In the future it would be awesome if a third generation of the EF-100 is color balanced to 5600K, however for the price it is really nice and I don’t mind right now, so far that would be my only criticism of this product but it isn’t a deal-breaker. So I can highly recommend it: the fact that you can mount a parabolic umbrella, or a beauty dish or an octa makes it really versatile. I wouldn’t mind having a couple of these for product photography or shallow-DOF portraits.

We would like to thankÂ Foto-MorgenÂ for their help with this and other gear we have reviewed on the site. They are Jinbei’s largest official distributor in Germany. As always, this review wasn’t conditioned in any way to be positive, in spite of their help. The EF-100 (Mark II) isn’t available yet in stores however when it arrives we will be the first to let you know.