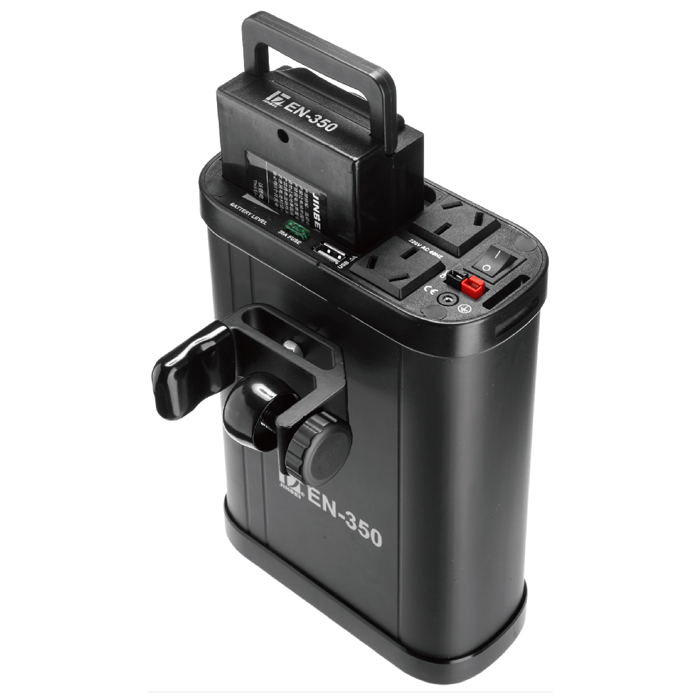 Jinbei has announced a new lightweight battery inverter for powering studio flashes outdoors.Â The Energon EN-350, as it is called, has a removable 8800mAh lithium-ion battery and two mains outputs. Thereâ€™s also a USB port so you can use it to charge your mobile phone. 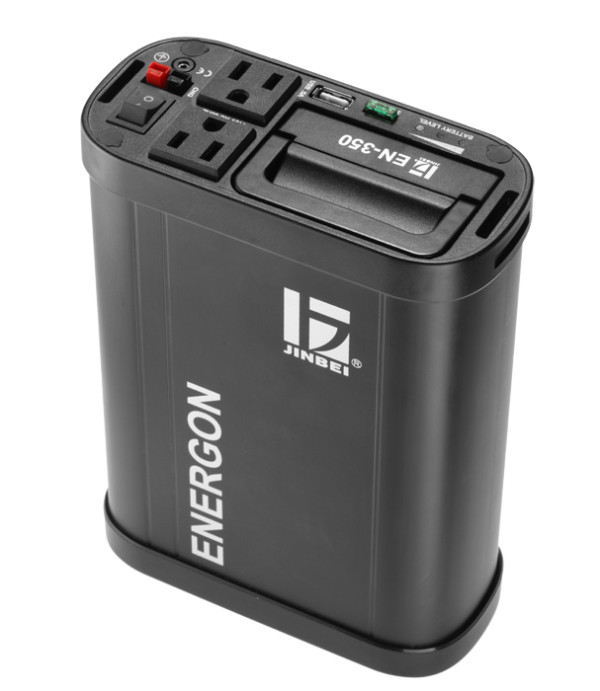 It is much smaller and lighter than their previous pack, the EN-760, and similar in some respects to the Photogenic Ion introduced in March.Â Tipping the scales at just under two kilograms, the pure sine wave power pack can attach to the base of your light stand as a counterweight. Itâ€™ll also go over your shoulder with a carrying strap, or in a protective bag.

According to the manufacturer, the new Energon has enough capacity for 450 full power flashes from a 600J studio head, 600 flashes from a 400J head and 800 from a 300J head. The battery will charge in 3â€“4 hours but you can also swap in a spare one without unplugging your lights. 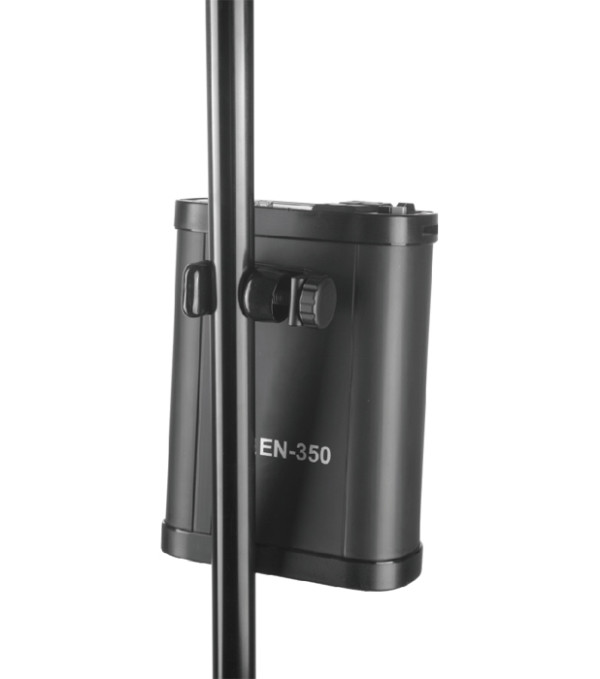 The EN-350 supports continuous output up to 200 watts and a 600-watt peak power draw. So this pack will run most mid-power lights, but doesnâ€™t have quite the oomph for high-end 1000J+ flash systems. For that, youâ€™ll want the beefier Energon EN-760, which supports anything up to 3000J.

Weâ€™ve already spotted the EN-350 â€œMini Energonâ€ on sale at Singapore-based The Studio Outfitters for $299 SGD (Â£152; US$238). Itâ€™s not clear if the protective case is included. If you see it available anywhere else, let us know in the comments below.

Update: We’ve also seen it on sale at UKphotodistro for Â£180 plus postage.