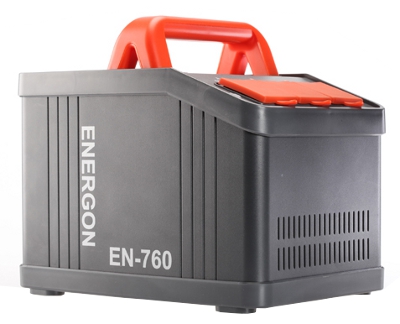 Jinbei -Â a studio lighting manufacturer based in Shanghai – have unveiled the Energon EN-760, a mains-output battery pack. The Energon isÂ a battery fitted with a pure sine wave inverter so that you can power your AC studio flashes on location.Â The Energon enters a crowded marketplaceÂ for portable power solutions, competing against the likes of the Innovatronix Explorer XT3 and Godox Leadpower LP-750.

The battery in the Energon is user-changeable, sliding out of a quick drawer should it need to be replaced. 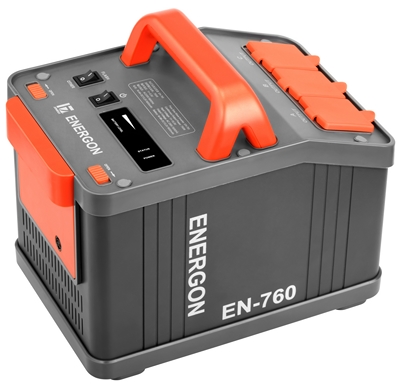 Designed to powerÂ a range of differentÂ appliances the Jinbei Energon has two different modes. You can switch it to “Flash” mode for your studio heads, and “Other” mode for devices such as fans or laptops with a continuous draw, up to 760 Watts.Â This is aÂ similar specification to the Tronix Explorer XT3 (800W) and Godox Leadpower (750W).Â According to the manufacturer,Â a 3000Ws flash running on theÂ Energon EN-760 can recycle inÂ just two seconds.

There are three mainsÂ outputs with universal type mains sockets. Each one has its own flip-down cap to protect it from the elements. The circuitryÂ inside will protect the pack ifÂ an appliance is plugged in with reversed polarity. There are also safeguards against overheating, excessive voltage and so on. 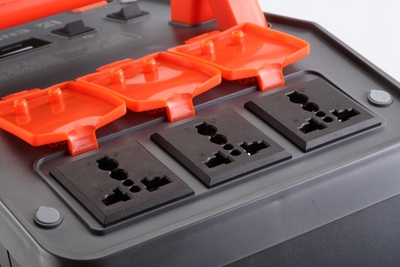 The 13.2V, 9000mAh Ni-MHÂ battery’s life depends on the number of heads connected to the Energon. It will provide

There is a battery level indicator on the top panel. 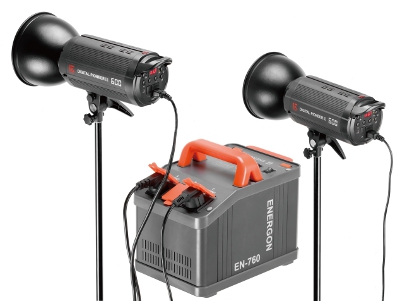 Other nifty features include the ability to run the inverterÂ from a 12V car battery.

The Jinbei Energon EN-760 should be available from a range of Jinbei resellers, though exactÂ retail price, release dates and range of distribution have not been announced. For more information, please visit the manufacturer’s web site.