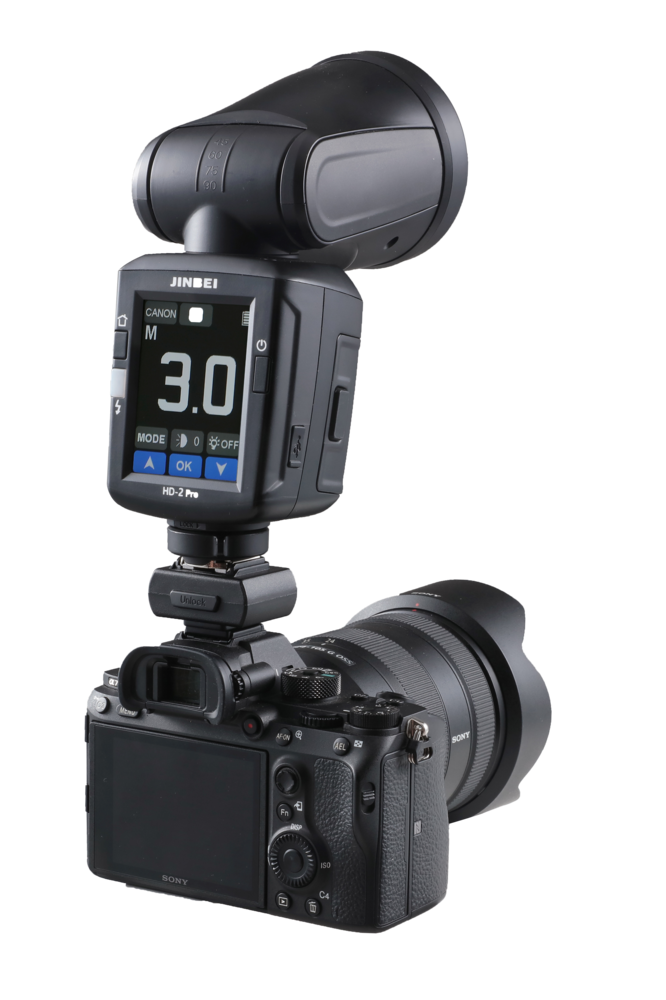 Shanghai studio lighting manufacturer Jinbei has launched a new speedlight with a touchscreen interface, the HD-2 Pro. With a round head, lithium battery and built-in radio transmitter, the Jinbei HD-2 Pro is pitched as a direct rival to modern flashguns such as the Profoto A1X and Godox V1.

Two years ago, Jinbei showed off a prototype HD-2, which at the time looked like a Profoto A1 clone. Key features included an electronic zoom head and simultaneous support for Canon, Nikon, Micro Four Thirds and Fujifilm through the same hotshoe foot (and Sony, via an adapter).

It is not clear whether the non-Pro Jinbei HD-2 ever made it properly to market, but the new HD-2 Pro is expected to go on sale by the end of the year. The latest model inherits those features and adds a full-colour touchscreen display (the original had buttons). 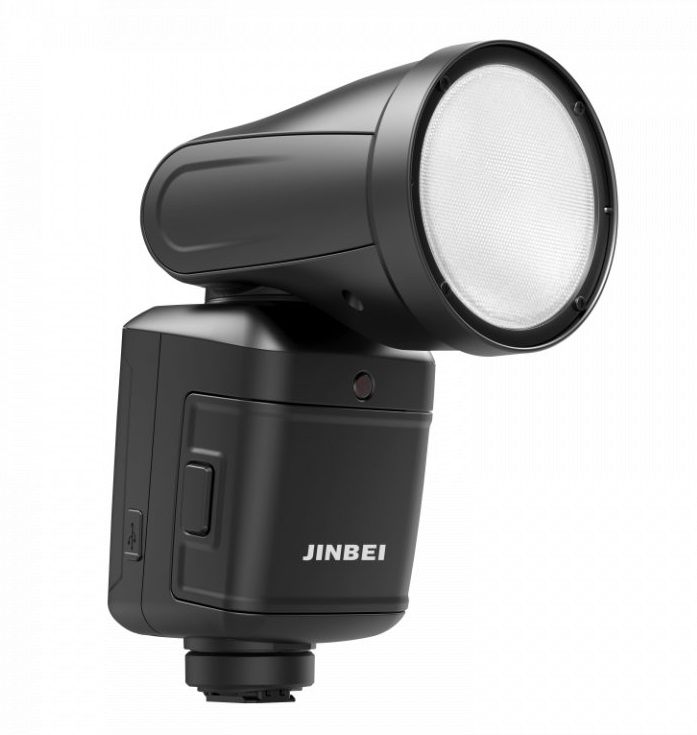 According to the manufacturer, the Jinbei HD-2 Pro is rated at 80 joules and has a 3-watt LED modelling lamp. Flash power is adjustable over 9 stops, in 1/10-stop increments. The flash supports high-speed sync (HSS) and TTL on-camera, or wirelessly via the TR-Q7 or TR-Q6 radio triggers. You can alternatively use the HD-2 Pro as an on-camera wireless commander. The battery, which is removable, has the capacity for 300 full-power flashes on a single charge. The recycling time at maximum power is 1.2 seconds. 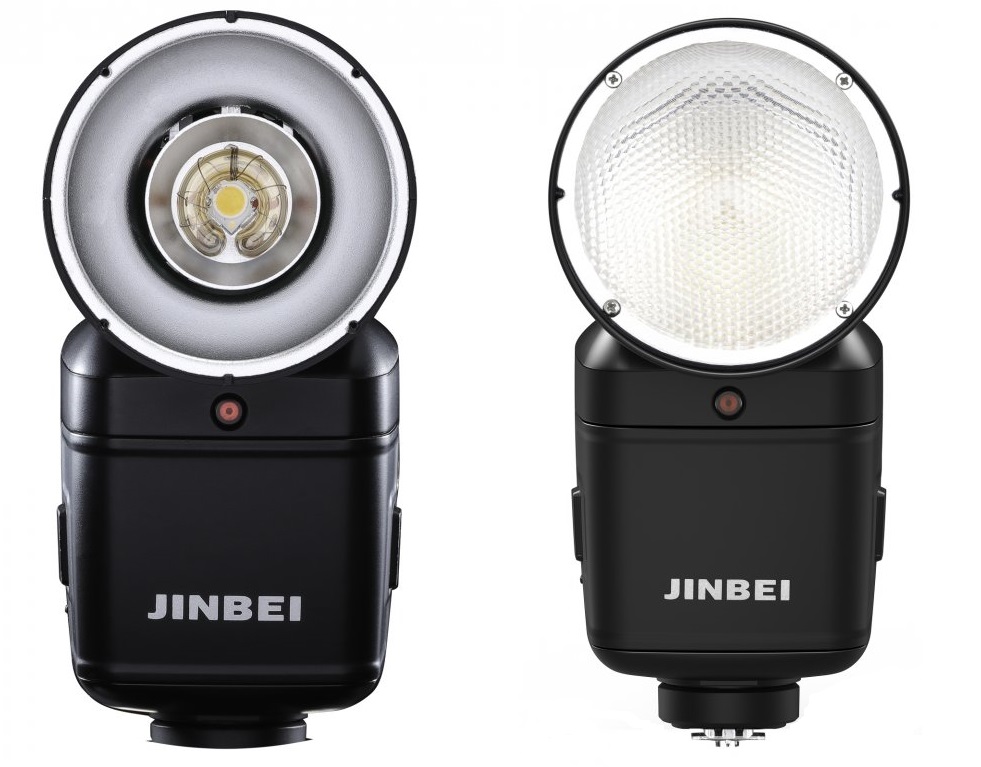 Unlike some other round-headed flashes, the flash tube inside is omega-shaped, supposedly giving a more even light distribution than a speedlight-type straight tube. (The picture above shows this off, though you probably aren’t supposed to unscrew the front fresnel during actual use.) Accessories, such as grids and colour filters, attach magnetically. 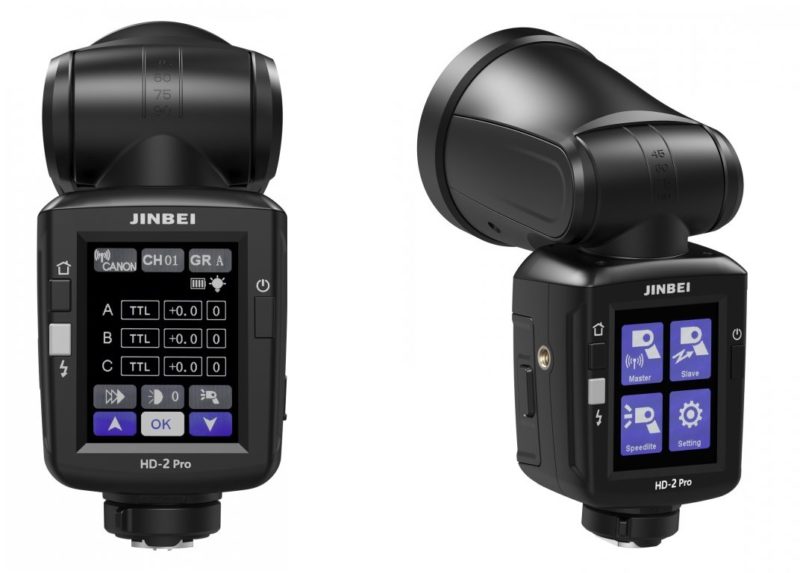 One nifty feature is Jinbei’s Easy Cap function, which in the studio, takes a series of shots lighting the foreground and backdrop separately, making it easier to mask out the background in post-processing. Other flash systems offer something similar, for example Hensel Freemask.

An exact release date has not been announced, but the Jinbei HD-2 Pro is available to pre-order now at Adorama and B&H Photo for $182.95. Extra batteries will be $44 and accessory kits will be around $15â€“20. (Edit: Now available from Jinbei Germany for â‚¬220.) For more information, visit the manufacturer’s product page.