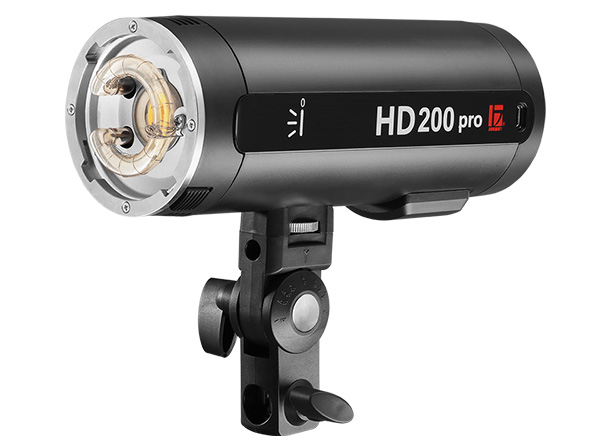 Jinbei has unveiled a new style of portable studio light called the HD-200 Pro. Not to be confused with the HD-2 Pro, the Jinbei HD-200 Pro is a compact off-camera flash somewhere in between a Godox AD200 Pro and a Profoto B10.

Billed as a ‘battery monolight’, the 200Ws HD-200 Pro is powered by a removable lithium ion cell but you also have the option of running it from an AC adapter. Unlike high-powered speedlights like the Godox AD200 or Yongnuo YN200, it has both a bare flash tube and a 5-watt LED modelling lamp, making it closer in form factor to mini monolights such as the Profoto B10 or Godox AD300 Pro, whilst being smaller and lighter (just 1.16kg and 80mm in diameter) and offering an AC power option.

The accessory mount is not the Bowens S-fit standard, nor the smaller Quantum bare-bulb style, but rather a Jinbei proprietary one specific to the HD-200 Pro. Bowens adapters will be available separately so you can still use it with a wide range of light shapers. This miniaturised mount is a similar approach to that used by Godox in their AD300 Pro and by Profoto in their OCF system. Accessories for the new standard should include a standard reflector, a 60cm octagonal softbox, a snoot, a globe diffuser and a Bowens S-type adapter.

The HD-200 Pro has a built-in 2.4 GHz wireless transceiver, compatible with Jinbei’s TR-V6, TR-Q6 and TR-Q7 flash triggers and granting TTL and high-speed sync support to almost all camera brands, as well as remote manual power control and ‘EasyCap’ mode for making clipping masks. There is also a large LCD on the back of the head, for direct adjustments. The 2500mAh battery slots in just behind the light stand mount, supporting 450 flashes on a single charge, and can be swapped out for an optional mains adapter for even longer studio sessions. 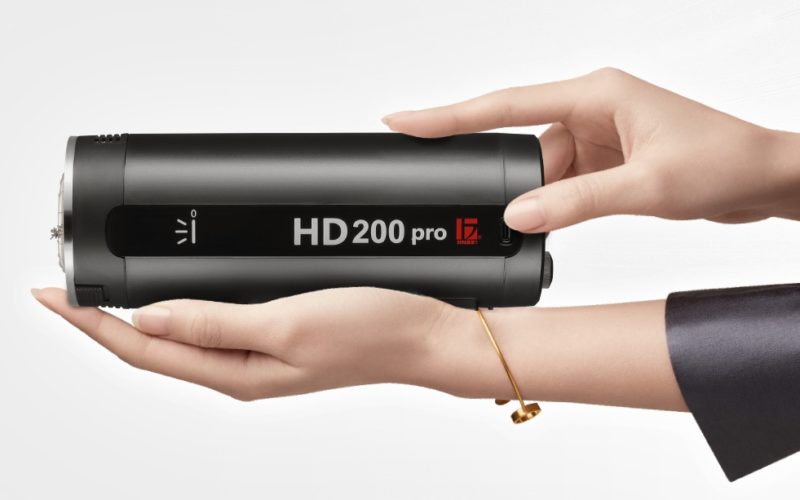 Whilst being slightly less powerful than the Profoto B10 or Godox AD300 Pro, the mains power option could be a key advantage over other products in this category.

Jinbei Germany now lists the HD-200 Pro for â‚¬290 (a price competitive with the AD200Pro). US pricing and availability have not yet been announced. For further information, visit the manufacturer’s product page.