As a successor to the popular HD600-series flashes, Jinbei has announced that they will be introducing a new battery-powered studio head with TTL and HSS.

The original HD600 was quite popular because it was a very affordable high powered strobe that used a slightly different high-speed sync (HSS) method which allowed it to be more efficient when shooting at high shutter speeds. Compared to the new strobe, named the HD610, there are a things that the older HD600 shares with its newer brother, such as the 600Ws power and the integrated head and pack form factor.

Jinbei has indicated that initially the TTL function will only support Canon and Nikon cameras, but they have already hinted that others may follow. Since the HD610 has a USB port, new firmware could be released that support other brands as well.

Unlike the HD600, the HD610 now uses pulsing HSS (like speedlights) instead of the long flash duration HSS (which was like PocketWizard’s HyperSync) when operating in TTL mode. This is required for TTL since it allows better control over the power output, but it reduces the efficiency of the HSS function since the strobe has to pulse. Fortunately it seems(?) that in manual power mode the flash can switch to voltage-controlled flash instead of IGBT, which results in the same long tail HSS with the associated performance as the HD600 had. 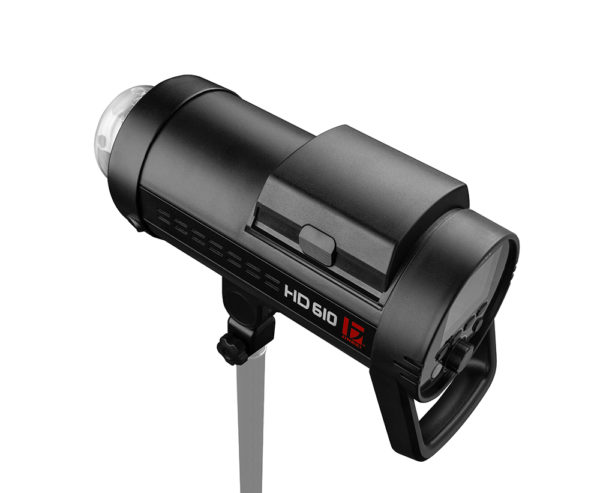 The form factor of the HD610 is similar to the HD600, although Jinbei has updated the design in order to make it appear more refined and modern. One could say that Jinbei has tried to imitate the Profoto B1 with their design. On the back of the HD610 we find a full colour LCD screen and a simple user interface that should allow users to make fast and easy adjustments to the flash settings.

Besides the new design, the HD610 has also some significant new features over the older HD600. The new strobe features a better recycle time at full power (2.5 seconds instead of 3.5 seconds) and the LED modelling light is now 20 Watts. Also new with the HD610 is the freeze mode. By activating this mode the flash duration is significantly reduced, down to 1/19000s, matching the specifications of the Profoto B1. 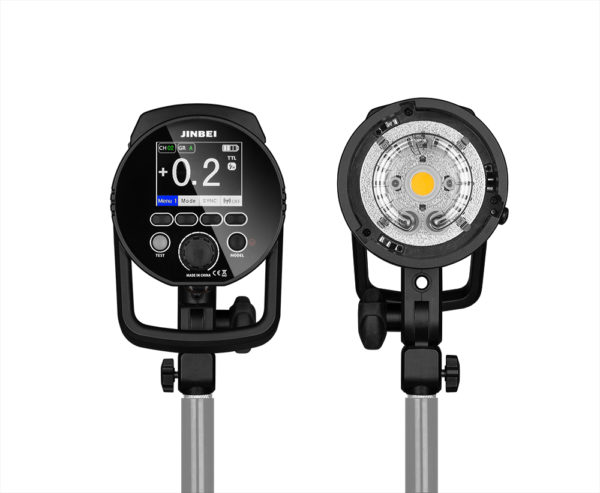 It is expected that the HD610 will start to ship in September 2016. The price has not been announced yet, but rumours indicate that the flash will cost approxmately $749 (US). It will be available through various retailers, such as Foto-Morgen which serve the European market. 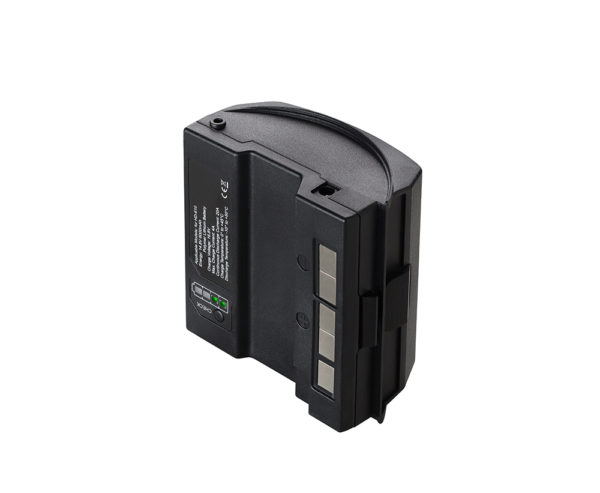 What do you think of the development of the Jinbei HD610? Would you be interested in buying one or you prefer a different brand? Let us know in the comments!