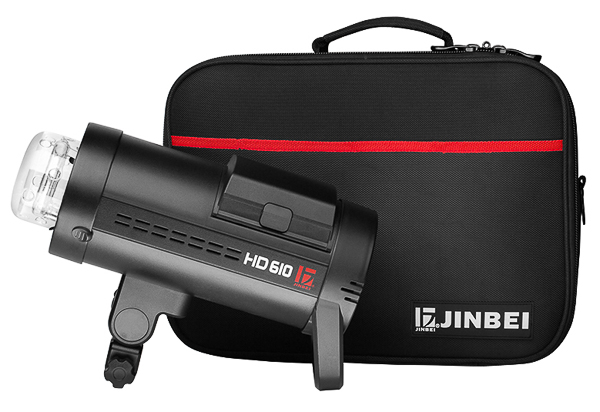 The first battery-powered studio flash I have ever owned was a Jinbei HD-II 600. This flash made me fall in love with the freedom and flexibility coming from working cablelessly and, although it is not a perfect product, I still enjoy using it.

When I got the chance to test its successor Jinbei HD 610, I was very curious to see how this newer flash would compare!

The testing sample was kindly provided by Foto Morgen, together with the remote trigger TR-611.

Both flash and trigger certainly make a good first impression and feel very solid. The flash has got a more premium look than its predecessor (at a first sight it looks similar to the Profoto B1) and the display is nice to look at (but do not expect a high-resolution LCD). A big plus point is the stand mount, which is very solid; the stand mount in the HD-II 600 is by comparison a bit shaky, also in the improved â€œVâ€ version.

What I also liked is that the sync port is on the bottom part of the flash (rather than on the back as in the HD-II 600), which makes using an external receiver less prone to damages (I can tell you by experience that a cable sticking out from the back of a flash can get caught up quite easily in all kinds of objects). A welcome new feature is also the glass dome protecting the lamp.

What could have been better

While no one will really suffer because of a missing reflector, much more relevant is the weight of the flash: with 3kg it is heavier than the other battery-powered flashes I own (around half a kilo heavier than the HD-II 600). This may not sound like a big deal but it makes it harder to take the flash around and it also means additional strain for your light stands (including boom arms). Oddly enough, although the flash’s weight increased, the battery capacity actually decreased (400 flashes on a full charge against 500 of the older model: 6000mAh vs 6600mAh).

Both flash and trigger are durable and well-built, but this comes at a cost in terms of weight to be carried around.

The flash is undoubtedly reliable, easy to use and fast. The large display and controls (including a useful control wheel) make it a pleasure to use it even in dark environments and, in combination with external receiver and trigger, I experienced no misfires. As a comparison, the HD-II 600 is not always easy to use in the dark, due to its small buttons that you sometimes need to press together, and has some misfiring issues (more precisely, sometimes it randomly fires by itself).

The modeling lamp is very bright, way brighter than the previous model’s one and probably the brightest I have seen in a battery-powered flash.
The cooling fan effectively manages to protect the device from overheating, overheating which is instead a bit of a problem in the HD-II 600 (obviously depending on how intensively you use it).

I personally do not use TTL often but I did verify that it works very well on my Canon 5Dmk4, together with the TR-611 (in order to be able to use TTL with this flash you need either this trigger or the TR-612). HSS also works well and you can use it even together with other triggers (like the Yongnuo YN-622: you of course need two of them, trigger + receiver).

What could have been better

The thing that I personally disliked the most with this flash is the fact that the modeling lamp goes off after each shot, and it stays off longer than the flash’s recycle time! Even when shooting at very low power settings (where the recycle time is almost zero), the light still goes off after every single shot! Sure, in many flashes (including the HD-II 600) the light goes off when you need to give the flash some time to recycle but it usually stays on when (or turns on as soon as) you are ready to fire. To me, it makes no sense to give you a bright modeling light that lets you easily shoot in a dark environment, when you then have to wait longer than needed after every single shot for the light to turn on.

Independently from the modeling light, the recycle times have not improved much compared to the previous model. At some settings the HD-II 600 is even a bit faster, although the HD 610 â€œwinsâ€ in the long run, cause the other model becomes slower when it gets warm.

Another thing that I do not quite understand is the freeze mode. The idea of this mode is to have flash durations fast enough to freeze motion… Sure this works well, but why have an extra mode for this? A lot of flashes (including the HD-II 600) already have very fast â€œnormalâ€ flash durations, without the need of an extra freeze mode. Instead the flash duration in the normal mode of the HD 610 is not that fast (max 1/8000sec) and will easily give you slightly blurry photos if the subject (or yourself) are moving (depending of course also on the power output you are using). To me, it would make much more sense to have fast flash durations already in the normal mode, rather than having an extra mode just for this!

A smaller issue with the flash is that the cooling fan is quite loud, which can get annoying. And the fan is always on when the modeling light is on!

The trigger for me was almost unusable, cause it misfired very frequently (probably around 30% of the time)… but it could also be that I just received a defective unit. Another strange thing is that the trigger uses a different output scale than the flash (on the trigger you set the output from 1/1 to 1/256, on the flash from 9.0 to 1.0) and this can obviously get confusing.

I struggle to give a clear judgment about using this flash. On the one hand, it is a reliable product that works as it should; on the other hand I cannot say that I always enjoyed using it, because of some features that I did not like. I let you decide for yourself if these features are something that you can live with!

The Jinbei HD 610 is the successor of the popular HD-II 600, a flash that I always enjoyed using, in spite of its (small) imperfections. In this review, I tried to describe how using the HD 610 is and I also could not avoid comparing the two models.

Although the newer model is without any doubts a good-quality and well-thought-out product, I have to say that it did not always meet my expectations. Some useful new features are for sure there (TTL and cooling-fan just to name two), but the flash falls short in other areas (like weight and â€œperceivedâ€ speed)

So, let me put it this way. If you are looking for a good-quality battery-powered TTL-capable studio flash, then you should definitely take the HD 610 into consideration. But, if you like to shoot fast in a dark environment (e.g. in a photo-studio) and want to use this flash as your main light, then the â€œslowâ€ modeling lamp may annoy you (check the â€œon the fieldâ€ section of this review for an explanation of what I exactly mean here).

If you are just looking for a good-quality battery-powered studio flash, but you do not need TTL and you do not worry too much about overheating, then a cheaper flash (like the HD-II 600) may be more convenient for you.

Some photos I lit with the Jinbei HD 610 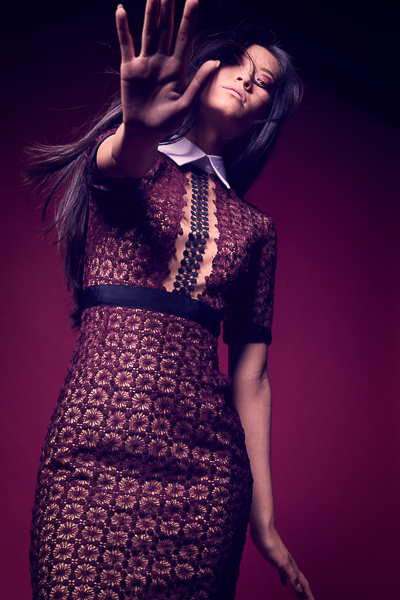 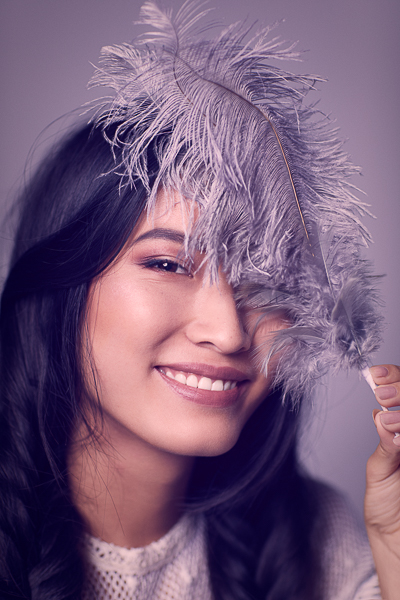 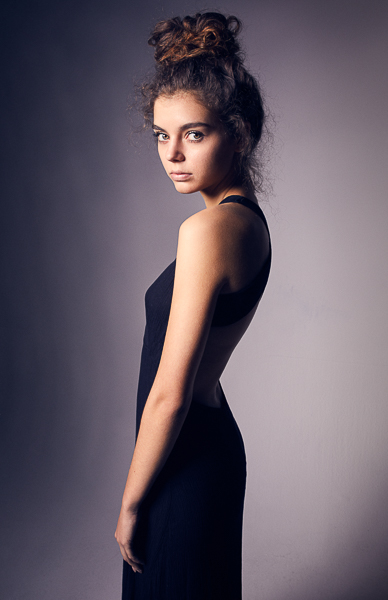 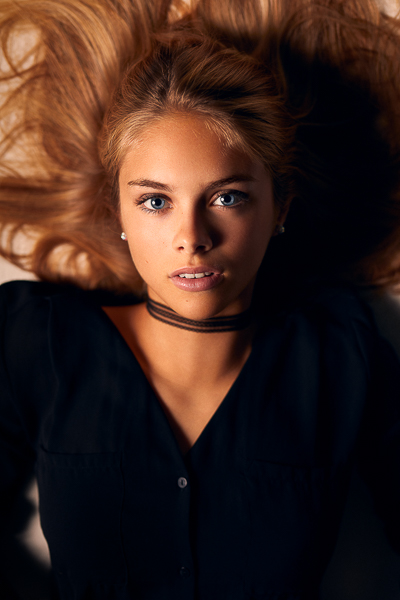 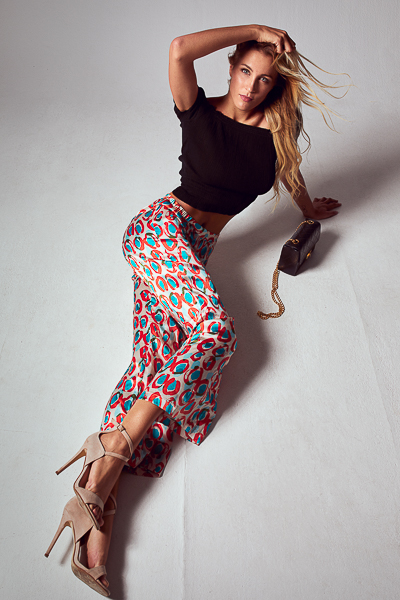 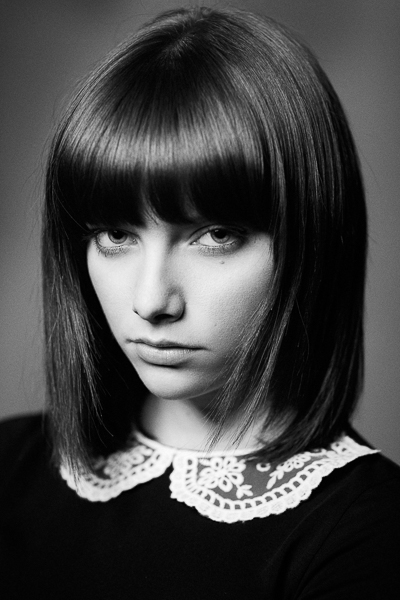