Jinbei has introduced a new “Super Sync” wireless flash designed for location photography. The HDII-600 Handy Strobe runs on a lithium battery, takes full-size light modifiers and will synchronise at any shutter speed “at max power”. Though not officially on the manufacturer’s web site yet, German distributor Foto-Morgen has listed it for â‚¬564.90 (Â£450; US$750).

The Jinbei HDII-600 is by no means the first battery-powered, high-speed location flash to enter the market. It will be rubbing shoulders with the Priolite MBX500 Hot Sync and Nicefoto N-Flash. The Profoto B1 with built-in TTL for Canon andÂ for NikonÂ is also meant to get high-speed sync later this year.

The HD-600 was introduced last year as a rival to the classicÂ N-Flash, Rime Lite i-series and other flashes. The HDII is basically the same model as the HD but with high-speed features added. It has a removable lithium battery, built-in 2.4GHz wireless control, LED modelling lamp and Bowens S-fitÂ accessory mount. You can mount it on a light stand like a conventional studio light or have an assistant hand-hold it. 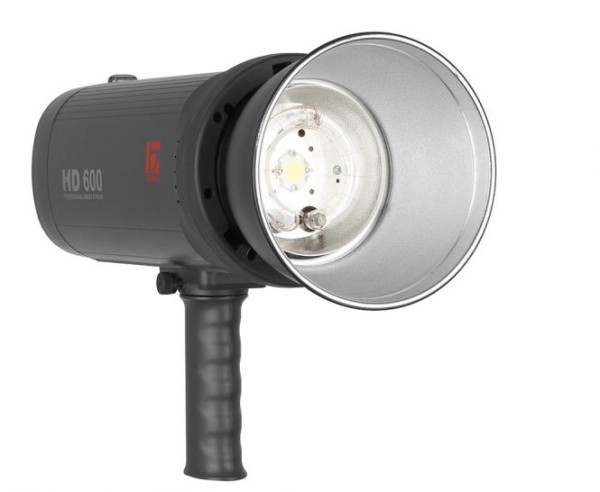 For more information, see the Foto-Morgen pageÂ (in German). Update: now also available in the USA under the Flashpoint brand from Adorama.