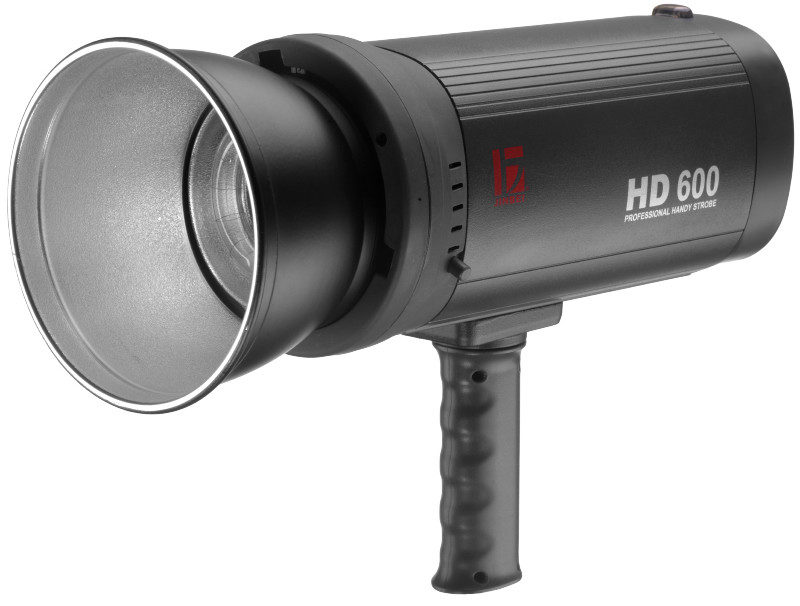 The new self-contained location light is a new form factor for the Shanghai-based manufacturer, whose previous Discovery, Freelander and Recharge Digital series have all separated the battery from the head. It is similar in many respects to the Nicefoto N-Flash, Priolite MBX or Rime Lite i-series.

The HD-600, or “Professional Handy Strobe” as Jinbei calls it, is a monolight with an integrated battery said to last for up to 500 full-power flashes. Using Jinbei’s TRS radio controller you can also adjust the power from afar. Thus there are no power cables or sync cords to worry about and it can be used totally wirelessly. Of course you can plug in your own radio triggers or cables as well if you prefer.

Equipped with a handle-mount, the HD-600 is aimed squarely at location shooters and wedding photographers, who might want their assistant to hold the light in a run-and-gun setup. Removing the mount allows it to sit on a light stand as well for more conventional studio-style arrangements. The 5W LED modelling lamp is not quite as bright as a tungsten one, but it won’t run down the battery either.

In the past, battery-powered lighting kits have depended on heavy inverters, generators or external battery packs to operate. But thanks to improvements in lithium-ion technology, the industry has created a whole slew of flashes with the battery built into the head. This is the first such venture from Jinbei, who are the biggest studio lighting manufacturer in China. 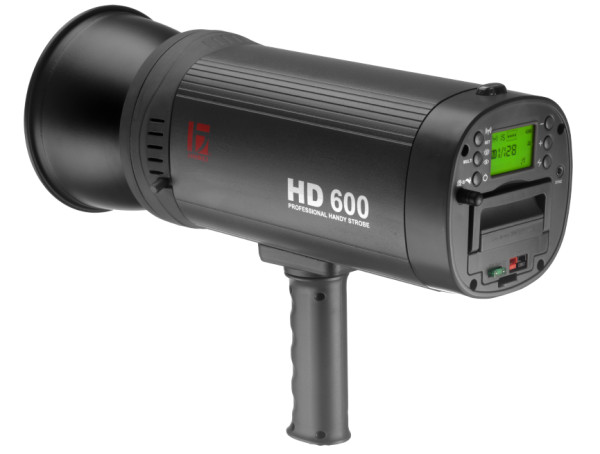 Does this kind of flash appeal to you? What can you see yourself using it for? Have you seenÂ this product on sale somewhere? Leave a comment below.