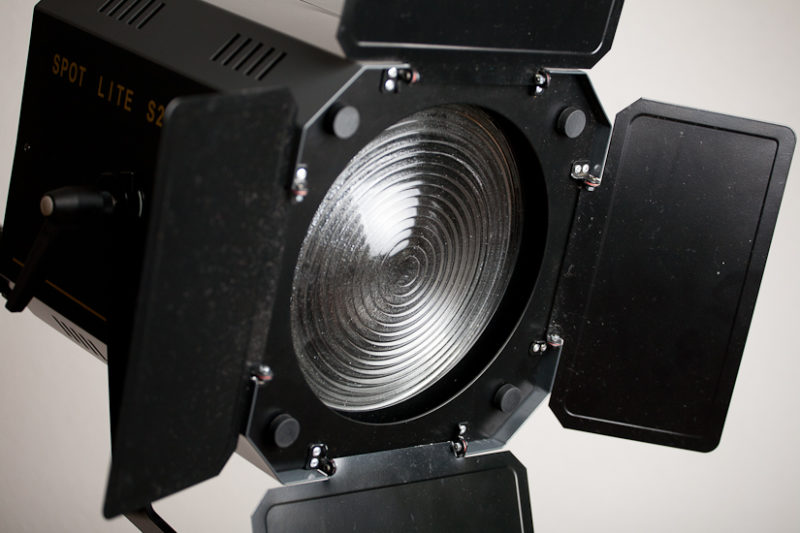 Spoiled as we are, we have been looking forward to review something exotic and we decided to throw the house out of the window to review the Spot Lite S-26 from Jinbei. Let’s see how well this studio fresnel fares.Â This review will share photos with the Jinbei EF-100 Sunlight (an LED lamp with an S-type bayonet) because I used them in combination.

Being adventurous, we decided to do something out of the ordinary (intrepid and audacious as we are in the Lighting Rumours bunker) have got our hands on this fresnel to play around with it a bit. What’s a fresnel? That’s a question Wikipedia can answer better than I can here: fresnels have been standard for illuminating movie sets since the Golden Age ofÂ HollywoodÂ and even today they are still used for their unique ability to focus light precisely.

The Jinbei Spot Lite S-26 (hereafter referred to as just the “S-26”) is a fresnel featuring a speedring insert mount making it immediately compatible with almost 99% of the studio flash gear out there.

The first recommendation: the S-26 should be usedÂ only with heavy duty stands, preferably C-stands. This isn’t a point against the S-26, as in reality every other fresnel I have seen is just as big and heavy, requiring a solid stand to support it (you don’t want that falling on someone’s head!). Nor would I dare to use any kind of boom arm to hold it â€” let alone a cheap and cheerful lightweight one.

Those of you who prefer super portable, lightweight gear may as well stop reading here and check out some of our other articles because this thing weighs a lot. I won’t be mad, don’t worry! 🙂 As mentioned above, it is natural for this bit of kit to be as heavy as it is.

So let’s stop wasting time (well, I’m wasting your time :D) and start looking at this puppy.Â In the front we have the fresnel lens that performs the lighting focusing magic. It has sturdy black “barndoor” flaps to control the light to your liking. 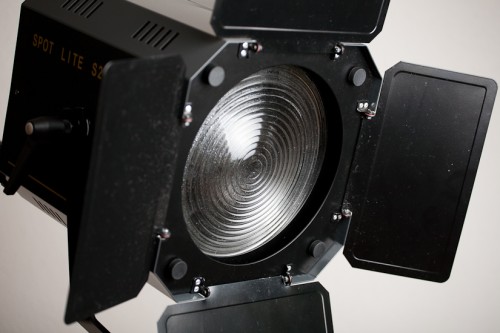 On the side we find the tilt mechanism to control the angle of the S-26. 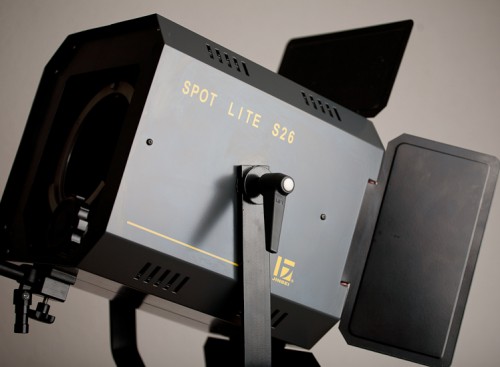 In the base we find the double fixing system, for mounting the Spot Lite apparatus to the stud on top of your light stand. Everything is nice sturdy ol’ metal here! 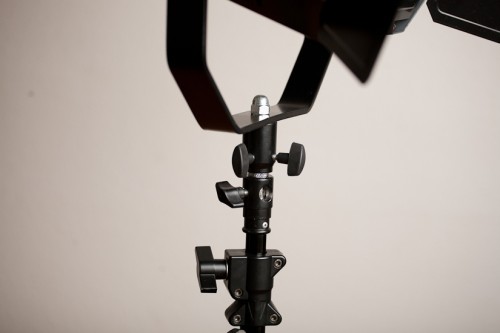 On the back, we find where you mount the speedring adapter ring, the rail system that moves the monolight/flash head in and out (to focus the light) and the big knob that makes this all work. 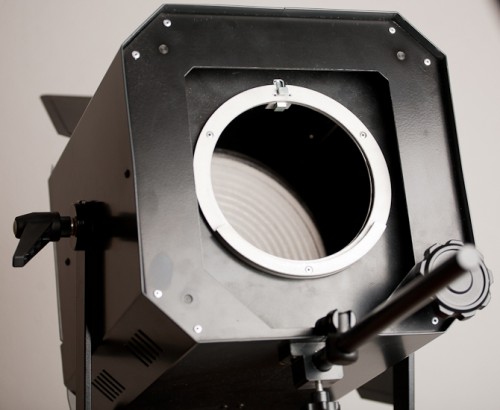 As for build construction, let’s cut to the chase: this thing is really, reallyÂ solid. The materials used to build it are very good quality (hence its hefty weight) and for the price I am surprised that Jinbei didn’t take the opportunity to cut corners and use inferior components. The lens doesn’t induce any color shift and mechanically it works like a dream.

Let’s see some photos taken with the S-26… 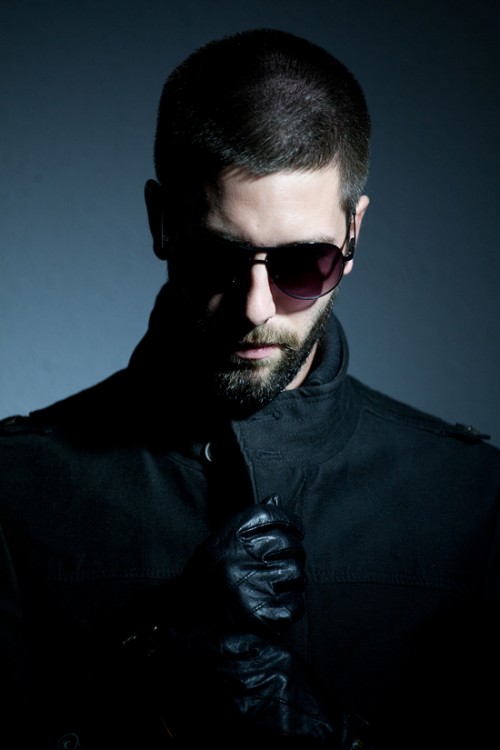 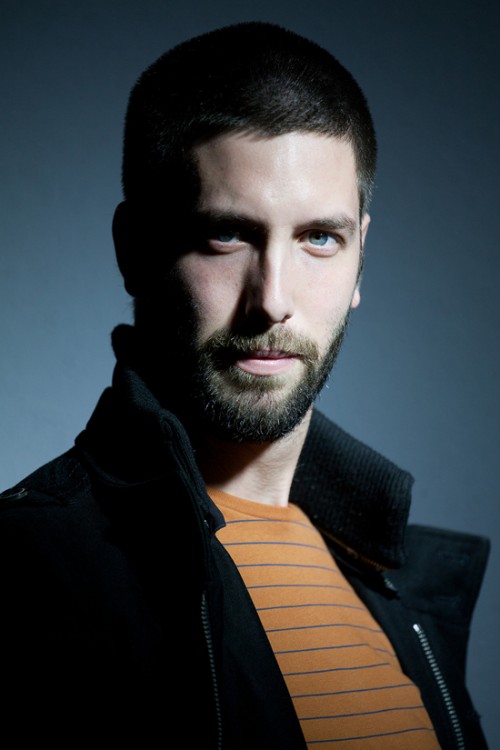 Thanks to Miguel Serrano fromÂ Escaparate VisualÂ  for being the model for these photos.

After having been using the Spot Lite for a while, I can say that I like it a a whole lot â€” mostly because of the characteristics it gives to my photos that my beauty dish can’t: the light is dramatic and I can fine tune it to my liking. This will require some patience (you won’t be making Golden Age of Hollywood-standard portraits out of the box, unless you are a genius), because you need to familiarise yourself with the effect of focusing or de-focusing shadows and making the spot of light bigger or smaller to modify the light. But once you have learnt that, you will surprised at how versatile this thing is.

There’s the weight, yep, but I’m used to carrying heavy gear and familiar with the weight of tungsten fresnels, so this isn’t a negative factor for me (much less when you consider that a lighter fresnel might not be as durable).

I can recommend it for those shooters who are searching for a new variant of harsh and dramatic light that is more than a silver umbrella or a beauty dish can offer. In the S-26 they will find more versatility, leading to spectacularÂ resultsÂ (if time is spent to learn how to use it).

Needless to say, with an army of these you could easily start shooting Golden Age of Hollywood portraits when you learn to use them!

I have been going round and round in my mind trying to come up with something that I don’t like about the S-26. I even let the review rest for a couple of days for the excitement of trying out something so exotic to wear off, and even then I couldn’t find something that I didn’t like about it. For something that â€” while not ridiculously cheap â€” it is by no means expensive either. And again, this isn’t a point against this product because it counts for every heavy fresnel out there: use really heavy duty stands!

We would like to thankÂ Foto-Morgen for their help with this and other gear we have reviewed on the site. They are Jinbei’s largest official distributor in Germany. As always, this review wasn’t conditioned in any way to be positive, in spite of their help.Â The Spot Lite costs â‚¬269.90, available from Foto-Morgen.