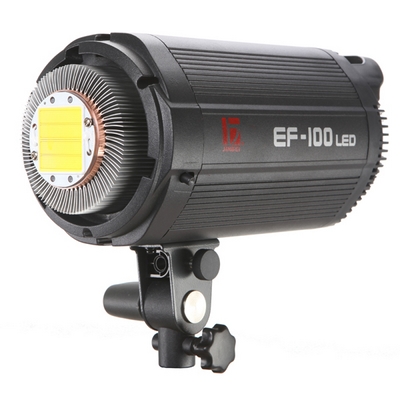 Jinbei of Shanghai have created a powerful LED lamp designed for the studio photographer and film maker. The EF-100 LED Sun lamp is said to be equivalent in intensity to a 1000 Watt halogen lamp, yet uses only 10% of the energy and produces much less heat. What’s more, the EF-100 has a Bowens S-fit accessory bayonet, allowing you to use all your existing reflectors and softboxes immediately.

From this lamp you will get “standard colour temperature” which isn’t explicitly specified but presumably lies somewhere around 5000 to 6000 Kelvin – a close match for sunlight and electronic flash units.

The manufacturer claims that the EF-100 LED represents a “new generation” of environmentally-friendly lighting, being so much more energy-efficient than a traditional tungsten lamp. There is no cooling fan but instead heat is radiated into the surroundings through the specially-designed heat sink in the aluminium casing. 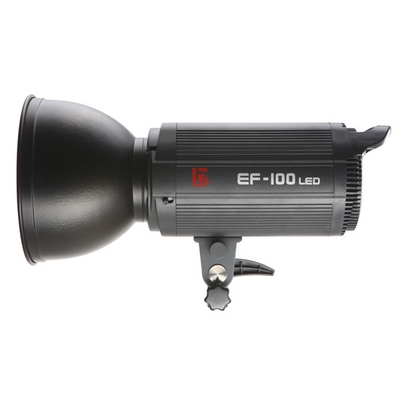 The Bowens S-fit mount means that you can fit snoots, reflectors, softboxes, fresnels and so on just like you would to a studio flash head. The advantageous cooler running LED technology could mean that more expensive heat-resistant softboxes are less of a necessity and fire risk is reduced.

Beyond a power switch, there are no controls on the EF-100 body itself, but there is a wireless remote controller that allows you to switch the light on and off and adjust the power. The claimed operating range is up to 100 metres. 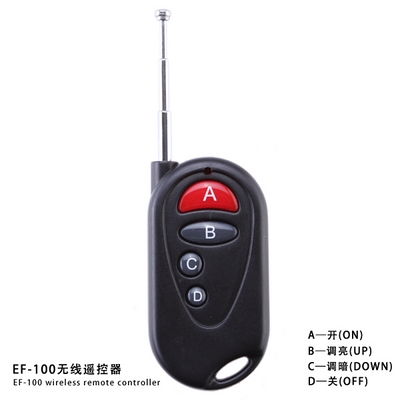 The buttons on the controller aren’t exactly intuitive, but this is probably saving you money somewhere. The lack of buttons and switches on the EF-100 body could be a problem if you lose the remote, however.

The Jinbei EF-100 is on sale now for US$358Â including the remote controller. For more technical information, consult the manufacturer’s web site.

Do you think that LEDs like this one are the future for photo and video lighting? Let us know in the comments below.