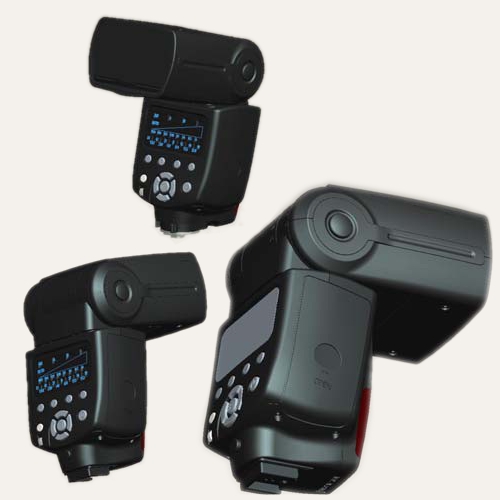 JYC, a Chinese studio equipment manufacturer, are set to unveil a range of new lighting accessories this year including a new speedlight and macro ring flash.

No technical information has so far been published on the JY-680 speedlight, but it almost identical in appearance to Yongnuo’s flagship YN-560 manual flash. The two companies are quite closely linked, so it’s unclear whether the JY-680 will be part of Yongnuo’s YN-56X series (such as the upcomingÂ YN-565) or a separate JYC product line.Â It is even possible that the flash illustrated above is simply a JYC brand YN-560.

However, there are a couple of interesting features revealed in the renders above: 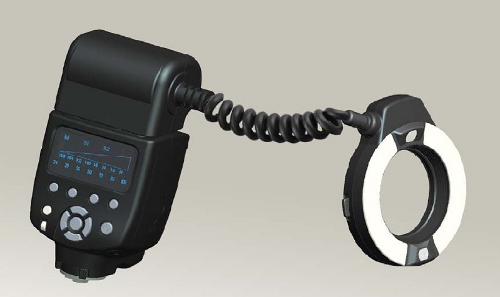 Two macro ring lights are to be released, both utilising a similar on-camera control unit. The JY-670 (shown above) uses a xenon flash tube while the JY-675 is based on continuous LEDs and suitable for video use. Each ring light fits on the end of the camera lens with appropriate adapters.

Already released in January, the JY-02 is a basic radio trigger for studio lights. It offers a range of around 20-30 metres and comes in versions for standard cameras (JY-02A) and Sony/Minolta iIso hotshoes (JY-02B).