Lumu has announced that their plug-in incident light meter for the iPhone will be crowd-funded, and may be coming to Android too. The Lumu is an accessory that connects to a phone’s headphone jack and measures ambient light levels to calculate correct exposure, for example when using film cameras. It will not meter flash.

The company says that they are planning to start their campaign on the Kickstarter crowd-funding site. When asked whether the product would be exclusive to iPhone, they stated: “At the moment we are developing iOS-based software. How quickly there will be an Android app available depends on public response.”

Though the marketing campaign so far has given off a rather hipster vibe, it would still be foolish for the company not to “go mainstream” by supporting the operating system that currently makes up three quarters of the mobile market. IndeedÂ it is clear that the developers have given a small nod to Android already, with a photographÂ on InstagramÂ portraying a Lumu on a Sony Xperia smartphone: 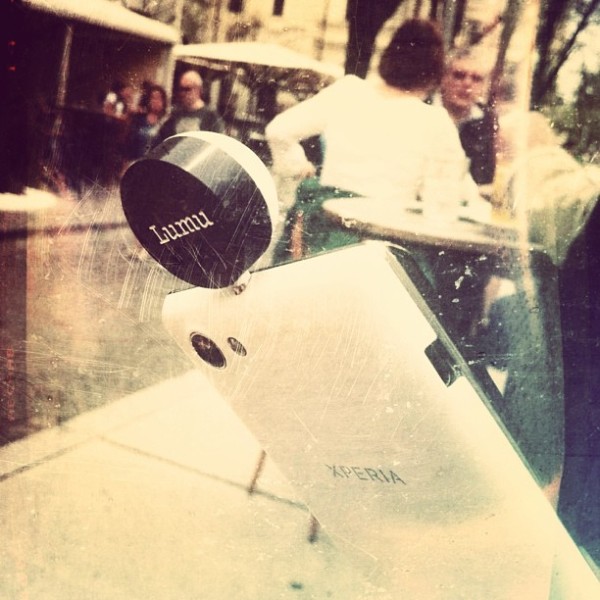 Lumu have already taken flak from the photography community for allegedly copying somebody else’s designs for their prototype iPhone app, which was displayed for all to see on TechCrunch. The smartphone incident light meter concept was also used in the successful Luxi crowd-funding project, which instead of housing its own sensors uses a diffusion dome mounted over the iPhone’s front and rear-facing cameras.

Pre-orders for the Lumu are expected to open within a few weeks but a price has not been announced. We are told more will be revealed soon. Visit lu.mu for more.