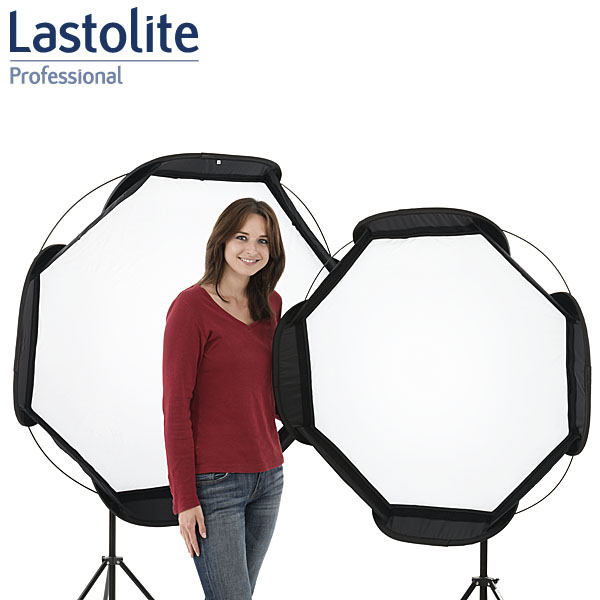 Lastolite have released the Ezybox II Switch, Square and Octa series, the “world’s first” softboxes designed to fit everything from a speedlight to a monolight. Each model has its own novel mechanisms and will take interchangeable connectors allowing them to be mounted on a hotshoe flash, Elinchrom Quadra or a full-sized studio head.

Firstly, there’s the Ezybox II Switch, which on first glance looks like a big, fairly unassuming softbox with double diffusion. It comes in two sizes: Large (89cm) and XLarge (117cm). 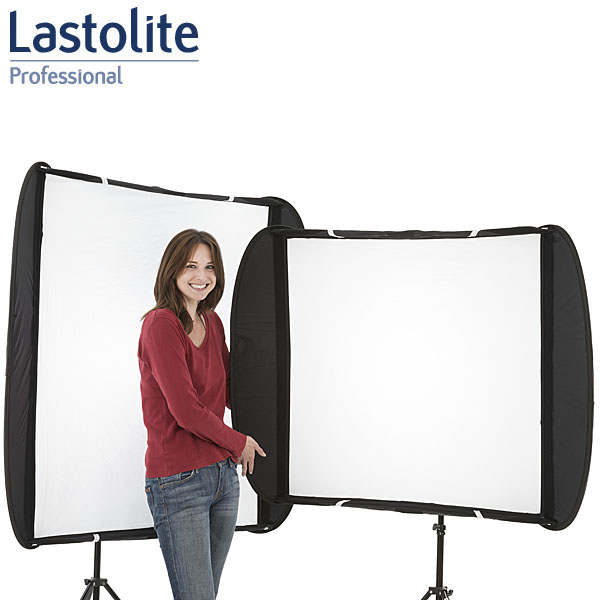 “Oh noes!” I hear you cry, “This softbox is too wide to fit in my scene on location! And there is too much light going everywhere!” Well, that’s where the “Switch” name leaps into action. Using a nifty zip system, what was once a square softbox is now a narrow rectangular one: 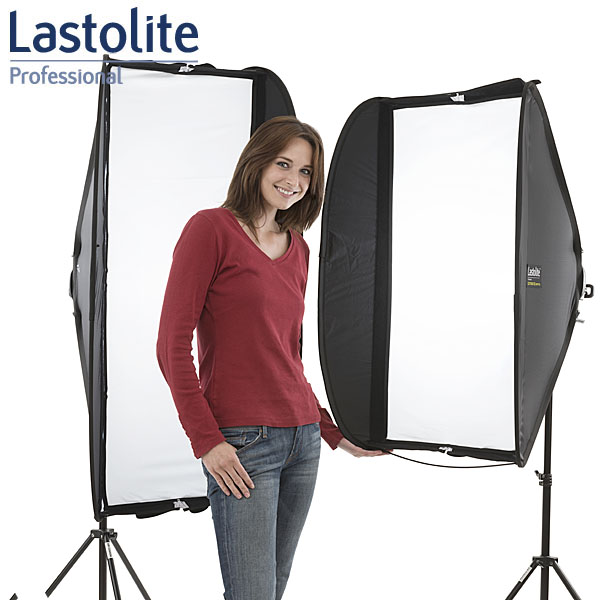 Pretty clever, actually. This could mean the difference between buying two separate softboxes and just getting one transforming one. Use the big square mode for maximum softness and the rectangular mode for finer control. Who needs a dedicated stripbox?

Next up is the Ezybox II Octa, an (as its name suggests) eight-sided softbox. While this one won’t be doing any crazy transformations, it is claimed to be “extremely lightweight and sturdy” and the lightest Octabox that Lastolite have produced. Unusually, the construction rods float outside the walls of the softbox itself. As with all of the new Ezybox IIs, the Octa has both an inner and an outer diffusion panel. Two sizes are available: Medium (80cm from edge to edge) and Large (102cm).

The original Ezybox Hotshoe was widely copied by Chinese manufacturers, but its successor could be harder to imitate, thanks to the interchangeable mount of the Ezybox II range. The Hotshoe’s heir apparent is the Ezybox II Square (though, as just mentioned, it can be fitted to studio lights as well, unlike the original Ezybox where you had to buy two separate models).

Available in 45cm, 60cm and 90cm versions, the Ezybox II Square claims to be Lastolite’s “lightest softbox ever”.Â First you pop it open, then add two support rods and the appropriate connection kit. 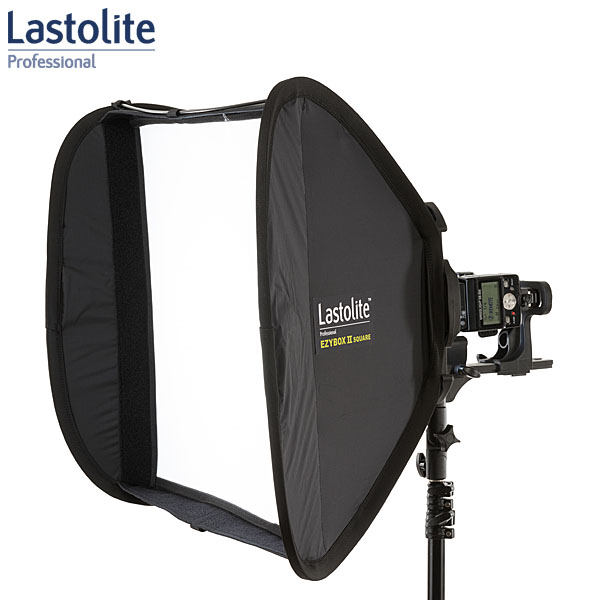 Lastolite’s Mark Astmann (not to be confused with the voice of William Shatner) explains the Ezybox II series’ features in detail in the following video, shot at Photokina 2012. If you’re not sure which size and shape softbox to get, or which connector, the company have also produced a handy configuration chart.

The Ezybox II softboxes start at Â£87.99 for the Square model (excluding adapters), ramping all the way up to Â£264.99 for the large Ezybox II Octa Quad. For more information, including full specifications and a list of dealers, visit Lastolite.com.