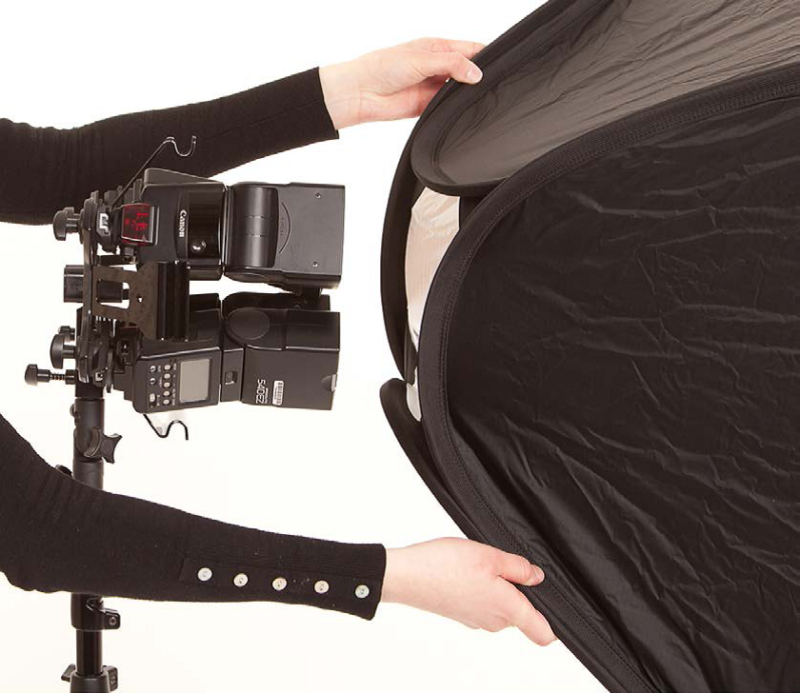 British lighting maker LastoliteÂ has announced the Ezybox II Octa Quad Kit, a bundle that includes their new Ezybox II Octa â€” an eight-sided folding softbox â€” and the Ezybox (II) Quad Bracket, which holds up to four speedlights. A four-way sync cable splitter is thrown in too, so you can trigger all of your flashes using just the one radio receiver.

The Ezybox II Quad Bracket is exactly the same thing as the Ezybox Quad Bracket, but the name has been changed to make clear that it’s compatible with the new Ezybox II series of softboxes, in addition to the original Ezyboxes.Â The pricing, including VAT, is Â£240 for the medium-sized (97cm) Octa Quad Kit and Â£265 for the large (117cm) version.Â For more information and a list of dealers, visit lastolite.com.

We have an Ezybox II review in the works.