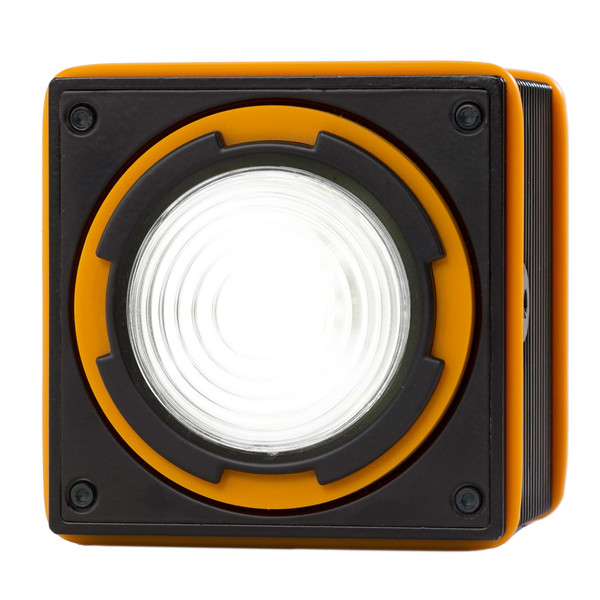 LED Light Cube, the much-hyped high-speed photography flash with “no recycle times”, will be unveiled to the public for the first time in September. The crowd-funded LED lamp will go on show at Photoshop World and the PhotoPlus Expo in New York.

Unlike conventional xenon-based flash units or constant-running LED arrays, the LED Light Cube is designed to have very high output and user-selectable flash duration from continuous light to 1/8000 second action-stopping pulses. With no shortage of hyperbole, marketing consultants Think-Eleven said: “The imminent release of the LED Light Cube marks the beginning of a whole new era in creative liberation for image capturing!”

The orange and black unit is (as the name suggests) cube shaped, with the option of linking several Cubes together to make a larger, more powerful light source. A proprietary accessory mount on the front gives way to a Bowens/Elinchrom bayonet mount to fit your existing light modifiers, while there is a sync port and bevy of digital controls on the back.

Cables and cooling fans are not present (until you want to cable-sync it) as the LED Light Cube runs silently on an internal battery. According to the manufacturer, you can get 5,000 lumens of output with a running time of 45 minutes (in video lamp mode). That’s not very long, even by today’s smartphone standards, so you’ll needÂ to keep your shoots brief or else have plenty of spare batteries on hand.

As a speedlight substitute, the LED Light Cube doesn’t seem to compete that well on price, or indeed battery life, though it does have better native accessory mounting options and a modelling lamp function. Nonetheless, the specified recycling time of zero is, inherently, infinitely better than anything on the market. Hopefully the output in real-world tests is good enough to justify the expense. 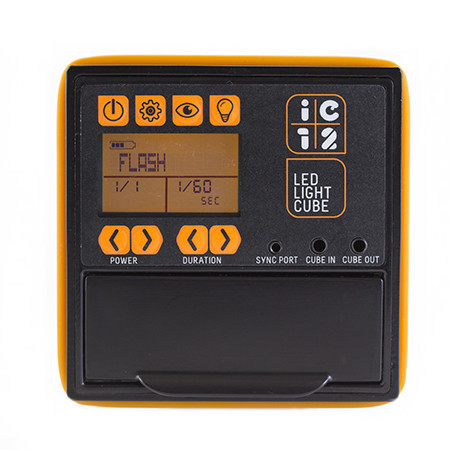 You can pre-order the LED Light Cube for $659 from the official web site. Photoshop World takes place on 3â€“5 September and will have the Cubes on show to the public for the first time, with initial loaner units going out at the same time. The product will later be shown at the PhotoPlus exposition from 29 October to 1 November.