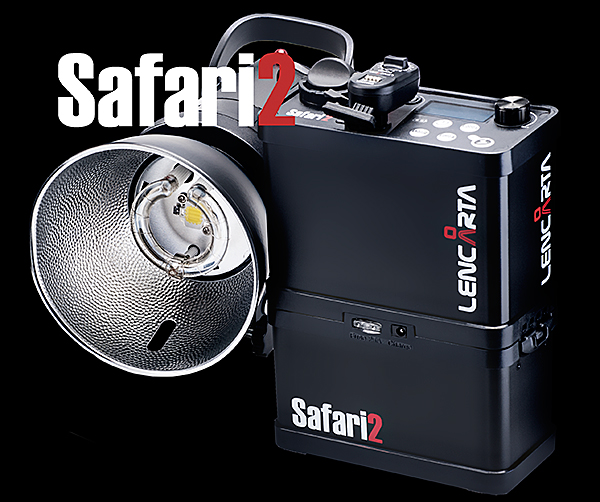 Lencarta has revealed its newest location lighting system, the Safari 2 pack-and-head kit. Offering 1200Ws of lithium-fuelled lighting power in a portable package, the Safari 2 has remote power control and a full-sized Bowens S-mount.

“The new Safari 2 meets a real need and has been produced in response to customer feedback asking for more power, because it has 1200Ws of power, and there are very few others on the market that produce anywhere near this level of performance,” said Lencarta’s Garry Edwards on the company blog. He added: “Those that do, donâ€™t have the convenience, ease of use, battery life, build quality or true asymmetric power adjustment of the Safari 2 â€“ and they cost a whole lot more too!”

The Safari 2 is not really a 1200Ws light. Rather, it’s a pair of two 600Ws pack-and-head systems bundled together in a kit. The advantage of this arrangement, Edwards explained, is that the power levels are entirely independent and you aren’t limited by the length of the power cables. 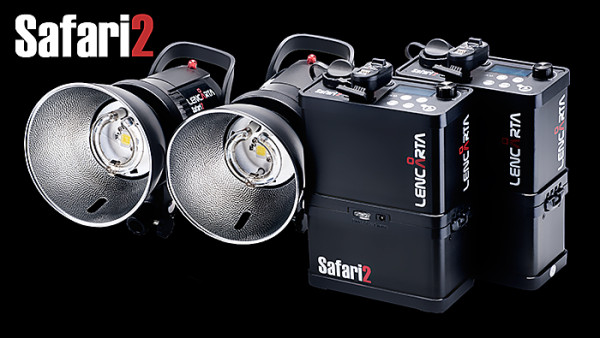 Before you can cry “rebranded XEnergizer” it is important to point out some key differences between Lencarta’s offering and the original. While still manufactured by Godox of China, the Safari 2 pack boasts some indisputably superior specs.

The biggest change is the metal flash head, which is sturdier and able to support much heavier light-shapers than the plastic unit used in the Godox and Pixapro versions. What’s more, it has a much brighter and more efficient LED modelling lamp, a removable power cable and the pack is a half a stop more powerful. Lencarta also tells us the recycle time is quicker for their model.

Like their other new lights, the SuperFast, Atom,Â SmartFlash 2 and ElitePro 2, the Safari 2 is compatible with the WaveSync wireless control system. Just plug in the receiver dongle (included in the kit) to the pack’s USB port.

For the moment the Safari 2 will not replace the Jinbei-made Safari Li-ion, but be sold alongside it. Advantages of the older model include it having two output sockets (if you only want to carry one pack with you) and the option of a ringflash head.

The Safari 2 twin bundle will retail at Â£1099.99 or you can buy one-light kits for Â£599.99 (including VAT). Both sets throw in the WaveSync transmitter and receivers for wireless triggering and remote control. Lencarta will exhibit the Safari 2 atÂ The Photography ShowÂ on 1â€“4 March 2014.