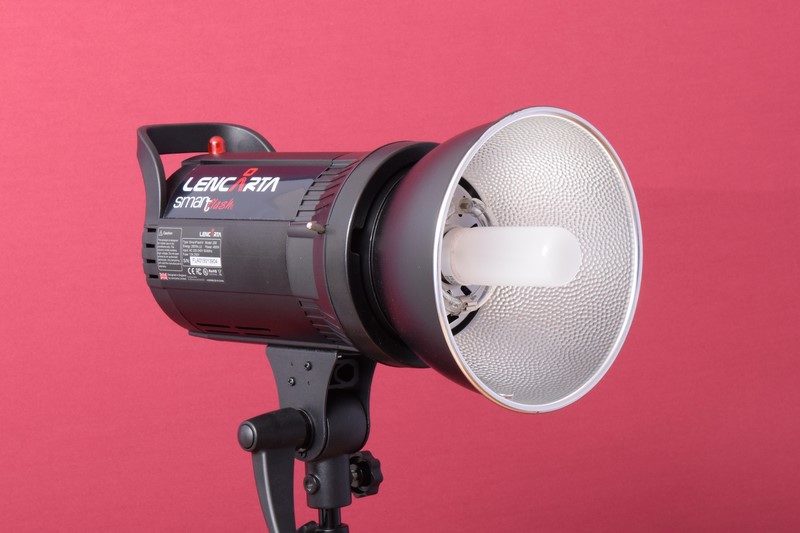 The SmartFlash 2 is the latest entry-level studio flash from UK-based lighting company Lencarta. Designed for home studio or professional use, it is a full-sized monolight with 200Ws of power, a digital display and standard S-fit mount, plus an optional wireless control system, starting from Â£109.99.

Now, is it any good? Lencarta kindy let us borrow a SmartFlash 2 for a week to find out.

Getting the light out of the box, my initial impressions are of a solid and well made unit.Â It has a good â€˜heftâ€™ in the hand without feeling heavy and the buttons / controls have a good quality feel to them. 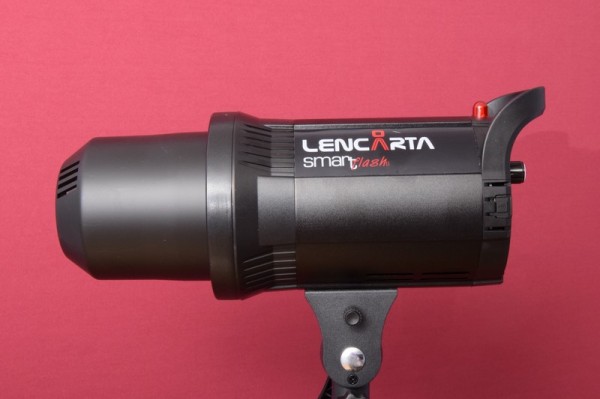 In terms of size, it is noticeably smaller than my Bowens 500 lamps, but it doesnâ€™t feel inferior in the hand, it just feels smaller.Â This is to be expected as the SmartFlash 2 is a 200Ws rather than a 500Ws lamp.

The reflector that it comes with is not as solid as the full pro models, but this is aimed at the home market and is more than adequate.Â Remember the price of the light, then look at the price of a Bowens own-brand reflector, so I think I would rather that savings were made in this area than on the light itself. 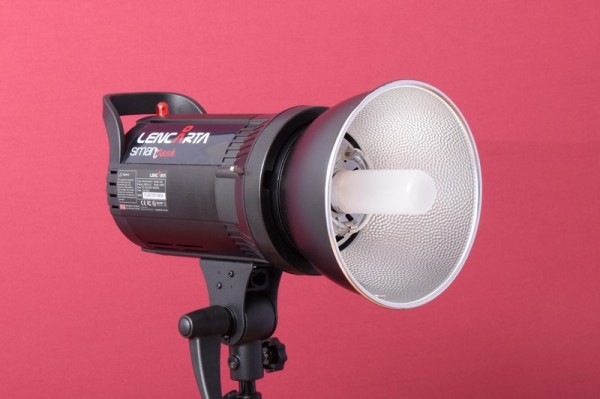 The only genuine criticism that I would make is that the modelling light bulb pokes out of the end of the reflector and there is a hole in the end of the flash storage cap, which the reflector almost pokes out of; it does seem odd that the cap is not a touch longer and would not need the hole.Â Again, I donâ€™t think this is a big issue and perhaps there are shorter modelling bulbs available. 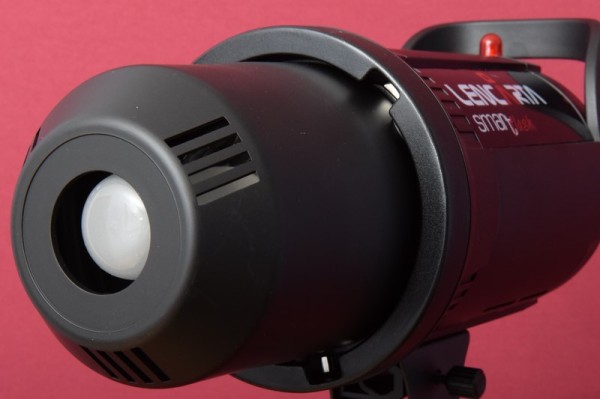 Remember that this light is priced for the home market.

First Impressions in use

My first use was taking test photos against a Lastolite background.Â No problems, the power went up when the knob was turned and the power went down when turned the other way.Â The modelling light is very bright for the size of unit and gets pretty warm, like most traditional non LED modelling lights.Â Nothing broke and nothing felt like it was going to break. 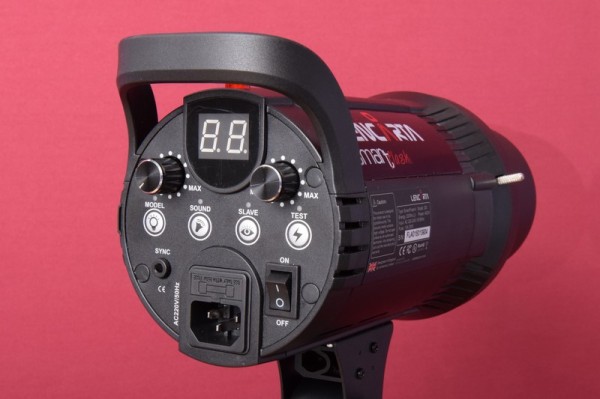 The cooling fan was a touch noisy compared with some top end strobes, but this is a very inexpensive unit, something it was remarkably easy to forget as you continue to use it.

However, the cycling time was quicker than my trusty StroBeam 250 strobes (which have been used professionally almost every day for a year) and the power is pretty comparable.

The Smart Flash 2 has the expected slave unit built in, which works well.Â It can also work with most standard external receivers, connecting through its mini-jack at the rear, again this works well with no issues.Â For a home studio I donâ€™t see this as any problem.

Alternatively, upgrading to a more contemporary professional system, you can buy a Lencarta WaveSync trigger / receiver set at almost exactly Â£70.Â This plugs into the unit via a USB port on the side of the light.Â The WaveSync offers almost complete power control as well as triggering and as well as being compatible with other more expensive Lencarta lights, which reassures me for future compatibility. 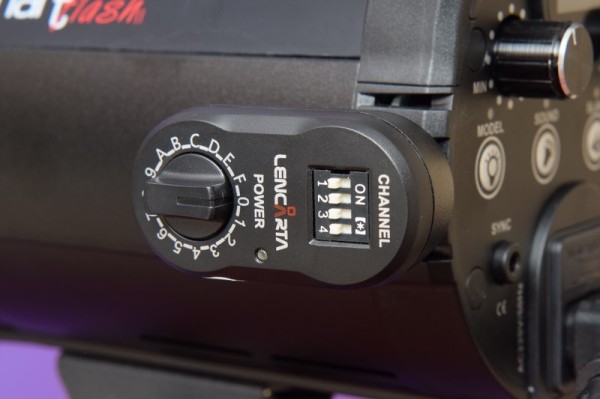 There was no manual with my WaveSync unit, but a few minutes fiddling found it fairly easy to use and there is more than enough range for home or professional studio use.Â I only tested the unit at a range of about thirty feet and there were no reliability issues.

In terms of what it does, I could not criticise the WaveSync units.Â However, I can not help but think that the USB connection is a potential weak point: with the receiver sticking out the side it has more potential to get damaged. I do a lot of photography using WiFi and tethered transfer and I know from experience that USB ports in regular use can wear out.

I overcame this by putting it on a very very short USB extension cable and this allayed my concerns.

I fully accept that no system suits every userâ€™s tastes and this system is better than many.Â In its favour, I did like not having to put batteries in the receivers as they take their power from the USB connection.Â I also like the idea of fully built-in receivers, but I can see the manufacturers argument that it puts the unit cost up (the unit is very inexpensive for the quality) and that if they were to go wrong, you would have to return the complete unit.

Well, the Smart Flash 2 is a very inexpensive unit that does not feel like an inexpensive unit.Â It does lack a few features which I (personally) look for and the power level is a touch low for the way I have worked in the past.

The use of the USB receiver adds in features of a much more expensive unit.

I donâ€™t think I would have any problems recommending it for home studio or for event studio use, providing your needs are not for more power.Â Given their compatibility with their more powerful siblings, they may well make a good addition to a working set for a professional photographer.

I have not had long with the lights and it is an interesting observation that I wish I had longer, so I can see how they perform with a monthâ€™s constant use.

There are units in the range with more power, but this is not something which a great many photographers need.Â For those of you looking to move up from speedlights to studio lights, I can not fault them and their price makes them very very attractive.Â For professionals and event photographers with the newer breed of low-noise-at-higher-Iso cameras then I would seriously consider them.

They also come with a three year UK-based warranty, which is not something you see every day and is very reassuring for a light at this price range.

For more information, visit Lencarta’s product page. There are dealers in the UK and the Netherlands, or you can buy directly from Lencarta, who ship worldwide.