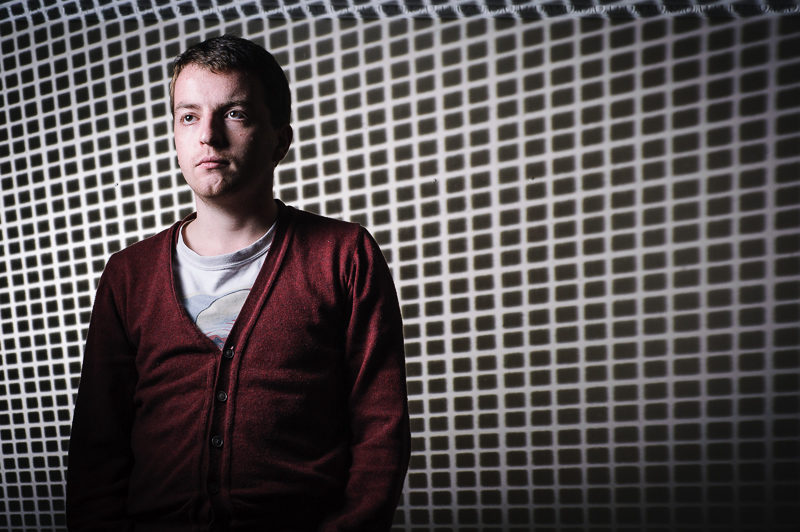 The kind people behind the Light Blaster have sent us one to try out for ourselves. This is a fresnel-cum-projector lit with a flashgun and focussed with a DSLR camera lens, beaming an image onto a backdrop for your studio work. At the time of its announcement, it was said it would “change the world of photography forever”. Is it any good?

Coming in a portable hard-shelled case, the Light Blaster is made of sturdy plastic and fairly slick in design. Stick your flash in one end (held with Velcro) and screw your lens on the other (more on that later). A tripod mount in the middle balances the weight fairly evenly, and the interchangeable slides slot in the top.

Projecting slides with your flash uses up a lot of light. Pack some batteries because you’ll be firing at full power a fair portion of the time. But you’ll also need to control your key light, say with barndoors or a grid, so that it doesn’t fall on the background and interfere with your lovely pattern. It is slightly irritating that a (some might say novelty) background effect dictates your workflow so disruptively, which might put you off using the gadget altogether.

Top tip: don’t use the photograph-style slides on your first try. We learned this the hard way, coming away with zero usable images using the Flash Blaster on two different photo sessions, abandoning it towards the end using plain backdrops each time. Because (unlike a fresnel for a big studio light) you have no modelling light, you’ll need to focus and zoom the beam either by chimping or â€” if you have impeccable eyesight like mine â€” tapping the flash test button at low power and adjusting the lens systematically. When you have a photorealistic backdrop slide, like below, you don’t have much leeway with this â€” and that’s before you’ve even brought your subject in. 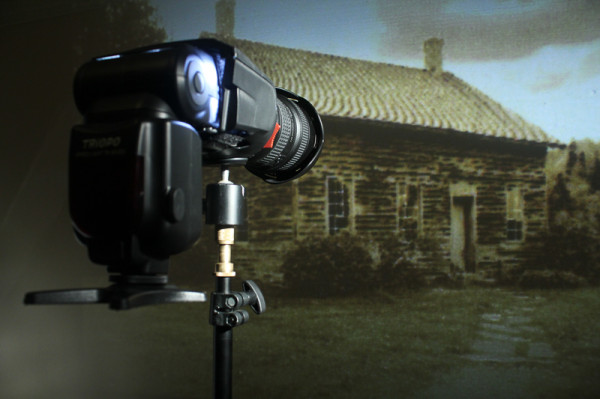 Mounting lenses to the Light Blaster does not inspire confidence. Neither the native Canon mount nor the Nikon adapter will actually lock your lens into place, so it’s just friction keeping your glass from meeting an untimely demise. Recall now that Canon EOS and Nikon F lenses tighten in opposite directions… and now you should see the problem. To make matters worse, unmounting lenses (my Nikon ones at least) can be an ordeal, since for some reason you are expected to release the lens by pushing on a bare metal spring on the inside of the mount. It always feels like it is going to damage the rear of the lens and in the middle of a photo-shoot this can prove infuriating.

But let’s try again. Pick a slide a bit more abstract this time. A lovely repeating pattern. We’ve found a nice zoom lens, charged our batteries and got a nice plain wall to project the image upon. The key light is spaced a good distance from the background and has a fabric grid attached to prevent any spill. Have a quiet miniature stroboscopic rave tapping the test button while we get the background in focus and the main light metered. Done. 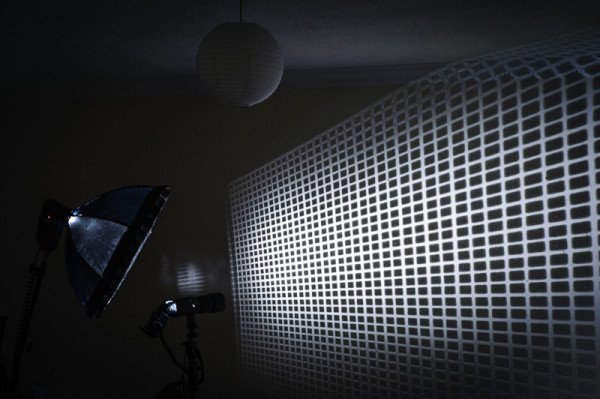 Looking good! Now we can get to shooting. Even with just a simple grid pattern like we’re using here, you can really mix it up by varying the angle it makes with the background, the relative brightness, the positioning of the subject and so on. 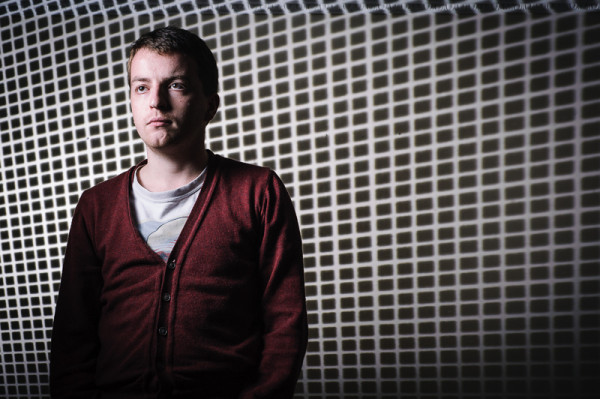 Some nice results once you’ve surmounted the learning curve and planned things out carefully!Â So then the pros and cons:

Is it as revolutionary as originally claimed? The idea is sound and the results can be striking, but the Light Blaster is not the nicest photo gadget I’ve ever used. That said, if you use it often enough to look past these little quirks (or to leave it assembled all the time!) then it could well earn a place in your camera bag. It’s certainly more portable than a full-sized fresnel.