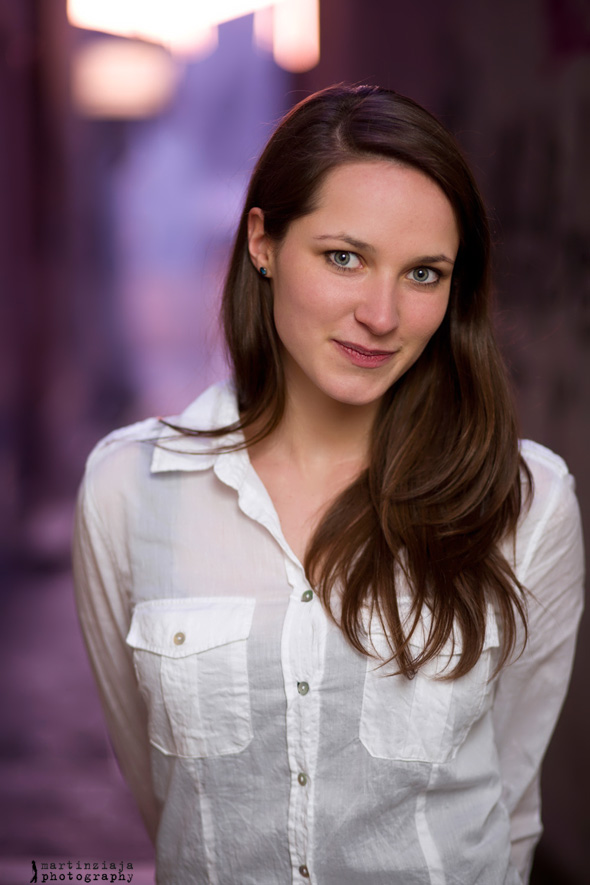 This second tutorial about umbrellas explains a shot using the same 42″ umbrella as before, but this time in reflective mode.

For the following photo I used the 42″Â convertibleÂ umbrella again, but this time in its “normal” way â€” to reflect light.Â  First, here’s the photo:

In this case I decided to use it reflective, because I wanted to have a more distinct hotspot to emphasize her face and to give her blouse a touch less light. This could be also done by partly flagging a translucent umbrella, but I went that way.

The flash was positioned directly in front of the model and slightly over eye-level with a distance of about 3 to 4 feet to my model. I shot from directly under the umbrella, the camera tucked right to the flash stand.Â  The close distance is obvious looking at the very soft shadow under the nose or under the chin. A huge difference to the quality of light from the previous tutorial, but still the same umbrella.

The colour comes from a green gel attached to the flash. I set the white balance to match the filtered flash, which shifted the evening light to a rich magenta,Â  intensified by underexposing the ambient by about 2 stops.

Here’s another example of the same set-up, but I moved the flash a wee bit to the left: 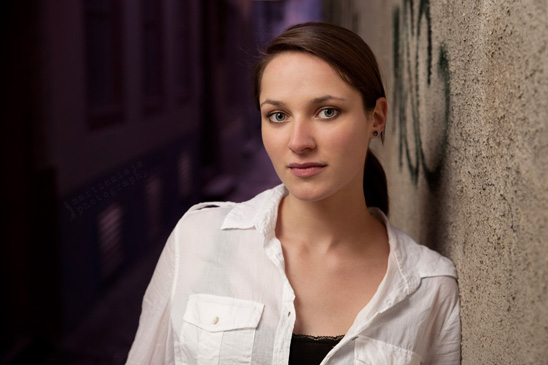