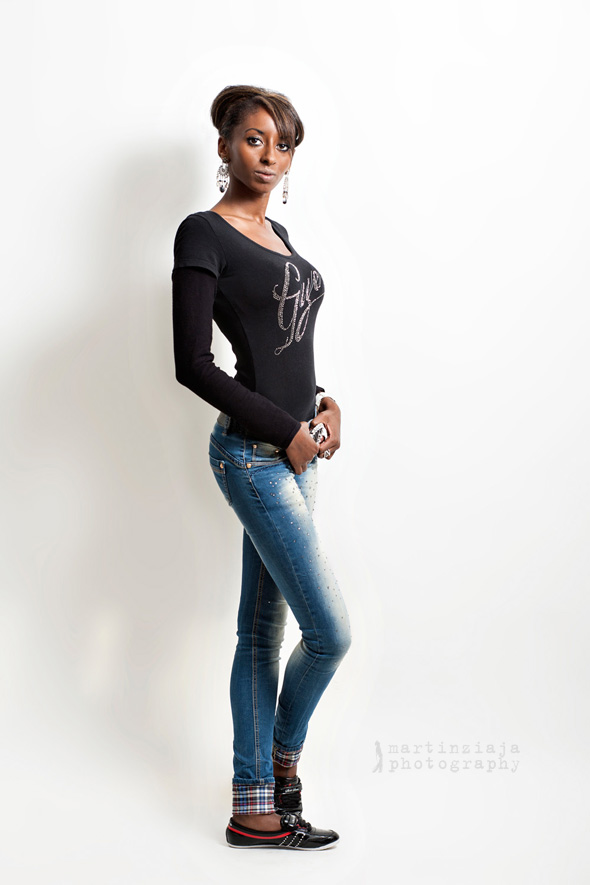 While having used the 42″ umbrellas for the previous two tutorials, today I want to step one size up and show you one of many ways how to use an 60″ umbrella.

To me, these large umbrellas belong to the most versatile light modifiers, especially the convertible ones. You can use them as huge reflective lightsources, very soft translucent ones that flood the whole room or you can close them partially to achieve a more softbox-like light…

In today’s example I want to show you a way how to achieve beautiful full body shots with just one of such umbrellas. Here’s the photo:

As you can see, I asked my model to position herself close to the background, because I wanted a highkey feel to the picture. Had I placed her further away to get rid of the shadow, the wall would have been darker due to light fall off. My only light was a 400Ws flash head pointing in a 60″ translucent umbrella, that was about 3m away from my model. Because my ceiling in the studio is fairly low, I tilted the umbrella slightly upwards, so that the center of the umbrella hit the ceiling and hence bouncing off it to illuminate the whole scene from above eye level. But because of the umbrella’s shape, some light got directly from the umbrella to the model acting as a fill.

Here’s a (clumsy) lighting diagram that visualizes the setup: 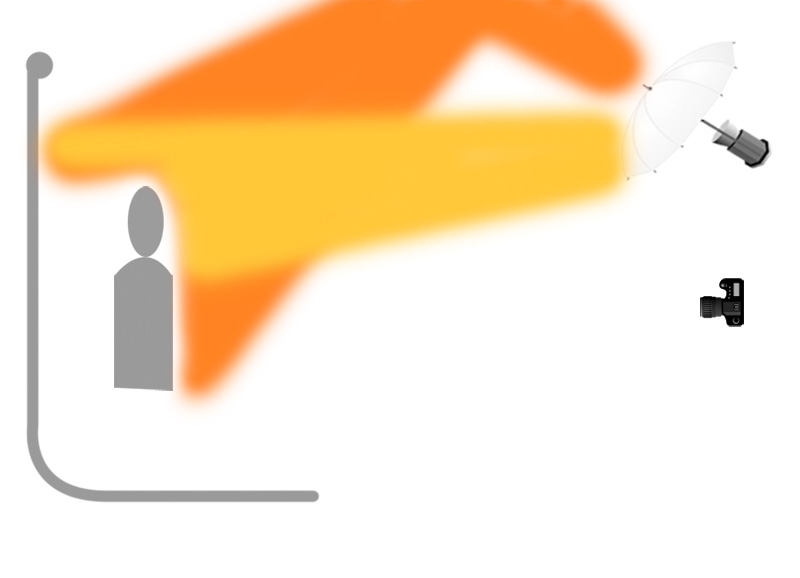 This setup is great especially for smaller rooms with low or normal ceilings. Take advantage of the umbrella’sÂ  nature to throw light everywhere to fill the shadows. You can also do this with a smaller umbrella, which would result in slightly harsher shadows. Or you could move your model further away from the wall to get rid of the shadow and reduce the brightness of the backgdrop. Or set that up in a normal narrow corridor and you get an image with no shadows at all! Or… or.. or… a thousand possibilities! Keep on playing! 🙂