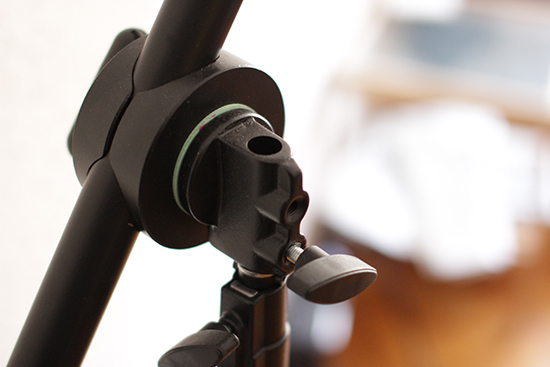 So! Here we are; I have a boom arm to review! Not just any boom arm though: this one promises to make the life of location shooters easier, much like the Cult Masterâ€” I mean Editor promised to invite us to eat fish and chips, Timmy the intern and me, if we did these reviews. I dunno about Timmy the intern but I could use some chimichangas, though Timmy isn’t looking very healthy at all… the lack of sun is making him go a bit wee mad…

The Lightech Full Boom 450 is a compact boom arm when folded but big enough when in use. The idea behind the design of this boom follows the same principle as the Big Nano of folding as small as possible. It comes packed with its bag for storage and transport. As for how it compares to the Big Nano:Â the Full Boom is bit more substantial, the tubing is a bit wider and thicker in diameter all around and the foot print diameter is also larger.

It can withstand Lightech’s 1.8 meter octabank although their version of this modifier is much, much lighter than other manufacturers’. Keep in mind this boom arm is designed for lightweight modifiers and small heads. Though it is sturdy I wouldn’t want to test what would happen with another brand’s 1.8 meter octabank.

I have had this gear for quite some time buuuuuut, as always I decided to do a stress test. I left their 180 octabank with a small studio flash head on this boom for 1 month, it wouldn’t budge even an inch, then I armed and disarmed it for 2 weeks 2 times a day for another month, brought it with me to work to use it and the boom still works like new.

Let’s go onto each part of this boom: 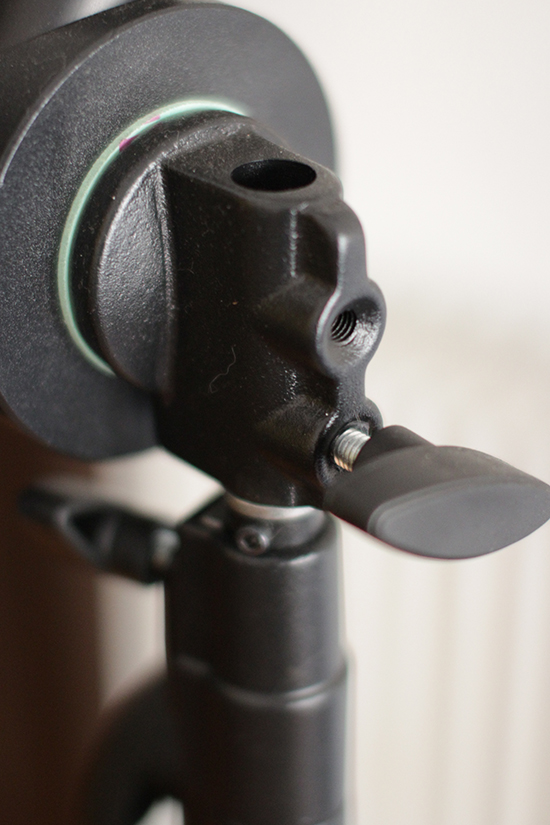 However to tilt the arm up and down you need to loosen the part that holds it together. To be fair only once has the tube slid a bit but this can happen and it is something to keep in mind. It isn’t like it is going to slide out, full force, but be careful.

I liked the Big Nano â€” it is neat â€” but if I had to choose between the BN and the Full Boom I would choose the Full Boom without a doubt. It is sturdy enough for what it is designed (nothing rattles, nor is it wobbly), it is really solid and packs small when folded down. I like the fact that it comes with a bag to transport it (most manufacturers don’t even bother at all, you are at your own luck finding lightstand bags).

What I didn’t like? Well, only one thing: the way you have to tilt the arm: I’m a fan of boom arms which have separate tilting and boom arm pole grip mechanism, indeed the Full Boom system is much better than the common double grip (one “biting” the stand and another one “biting” the arm) and it doesn’t feel precarious or dangerous, but I prefer this system (Jinbei DJB-1 in the picture, found in Manfrotto gear too): 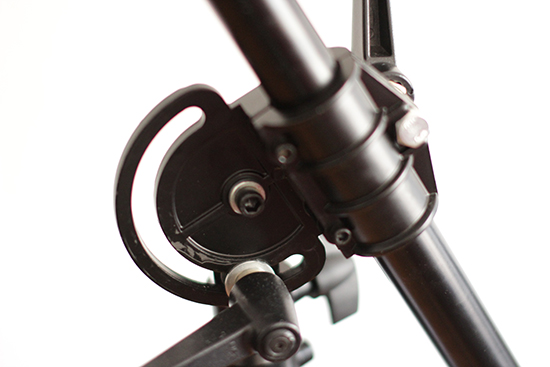 As for the rest, keep in mind this is a heavy-duty stand designed for small and/or lightweight modifiers; it is not intended to be used with heavy octas. (The secret to the weight to Lighttech’s octas and softboxes low weight is that the rods are kinda hollow, but more on that in their respective review).

And there’s the price (MSRP ofÂ 263,64 â‚¬) which isn’t far-fetched for pro gear, much less if it packs this small and remains this sturdy for the location shooter. So I can highly recommend it for those who want a nice boom arm for their location gear. Again, remember:

And being totally open about it, I freaking love it!

You can see this product and more at Lightech’s website.