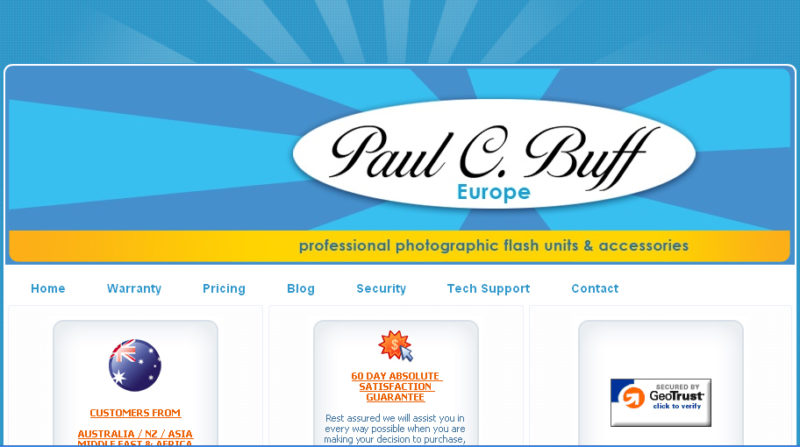 Alien Bees and Einsteins are now available in Europe from a newÂ UK-based Paul C. Buff Inc. distributor. Stock is expected “in 4-8 weeks”. NB: prices may not appeal to everybody – over Â£500 for an Einstein! Discuss it here on Talk Photography.

Bowens have published the latest issue of their electronic Litebook magazine.

David Hobby hasÂ posted a preview of an unreleased 400Ws portable monolight made in China. While he doesn’t name names, we reckon it looks remarkably similar to a version of the CononMark DL4, aka Strobeam DL4, listed in our Portable Power Guide.

Elemental will release a new monolight series called Trinity (and Trinity Pro) next month. This is in addition to the previously-revealed FUGL-E series. According to Elemental’s managing director, Daniel Lenihan:

I take great pride in announcing that Hasselblad UK have asked us to equip their brand new London Showroom Studio. Our brand new Trinity Pro Lights will make their UK high street debut appearance at the London Studio before going on sale from our website and showroom in June.

PocketWizard have released a firmware update for their MultiMAX transceivers.

RadioPopper have finally announced that the RPCube will be available from the 3rd May for US$29.95.

Yongnuo has posted full specifications of the new YN-468, in addition to a YN-129 shutter release with built-in optical slave.