So, you want to know a little more about the Limelite Mosaic Daylight LED Panel? As you can see from the specs, this is a pretty hefty light. Probably not the type youâ€™re going to carry around with your gear on the off-chance you might use it. But you donâ€™t want a long-winded review filled with my personal opinions, you want a quick read over the key issues of this light. 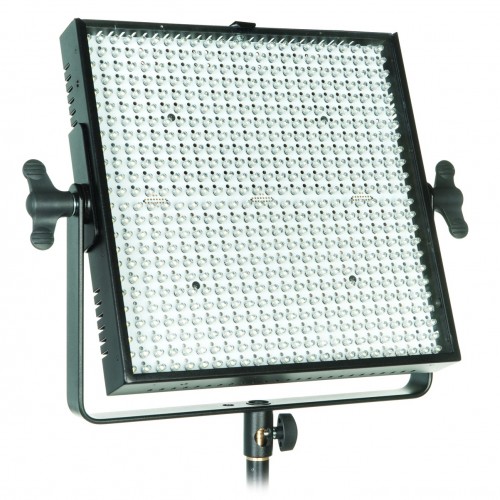 Now come the personal opinions. This light is probably best for a larger production company with both the crew and the time to set it up. You may even require two or three of these lights to achieve the look youâ€™re going for and at an online price of Â£749.70 this is probably not the light for the indie film maker/photographer.

Another issue with this light and its cost is that for the price you pay for one, youâ€™d expect to get maybe one gel or diffuser. This is not the case. You receive the bare essentials inside the box. There are accessories for this light however if youâ€™re on a budget you might want to look into DIY methods for any extra effects you desire.

The lack of a dimmer switch was also a problem when using this light. During my testing I set up this light on top of a light stand (another issue being that it requires you to own or have access to one to use this light at any height other than floor level) and had no end of frustration trying to change the light levels by pushing the buttons while at the same time trying not to tip the light over. 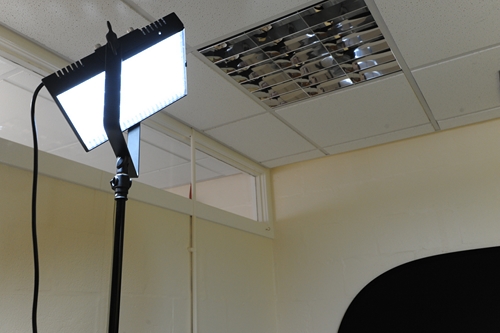 Itâ€™s also not the easiest of lights to transport around. Unless you have a private means of transport, donâ€™t expect any kind looks on the bus with this and all your other kit under your arms.

In my line of work, which is promotional film making, Iâ€™m mostly focussed on getting the quickest set up in a tight space of both time and location. This light was way too bulky for me to be carrying around with my general kit. Iâ€™m looking for something thatâ€™s both affordable and mobile. This is neither. 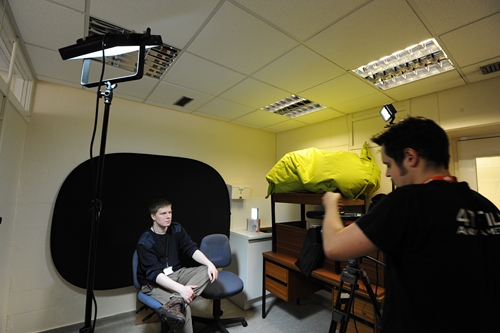 In my testing of this light, we had a closed set with three tech hands to set up the light. The light itself was simple enough to set up, but altering its settings proved to be frustrating, due to many of the problems I have already listed for you. The light was used as the main front-facing directional light in an interview with a comedy double act and caused a few problems with both blinding one subject and not getting enough coverage of the other and vice versa. 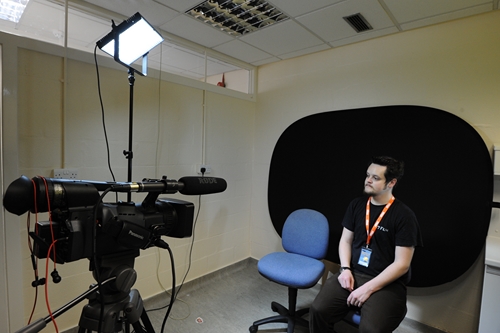 On the plus side this light does come with a DMX in and out capability, giving you a lot more remote control over its operation. However, if youâ€™re on a budget this feature may not be enough to win you over. The programmable feature and f-stop control is a definite plus for photographers over film makers needing to make quick changes on shoot.

Although it may seem like I am coming down on this product rather harshly, I feel that I must say that I feel that when considering spending such a large amount on a light you must consider the cons as much as the pros of what you are looking for.

For more information about the Limelite Mosaic Daylight LED Panel, including pricing and availability, visitÂ limelite.uk.com.