LiShuai, a Chinese LED lighting manufacturer, has released a new handheld stick lamp called the LED516AS.Â You can hold the 55cm-long LED516 in your hand or mount it on a tripod or light stand, using a 1/4-inch socket in the base.

The bi-colour lamp has two output modes, 3200K and 5600K, which are toggled at a push of a button so you can’t transition smoothly between them. Dimming is from 100% down to 10%. The non-removable 5200mAh lithium battery will last about an hour at full power and charge in 2.5 hours with a multi-voltage adapter. 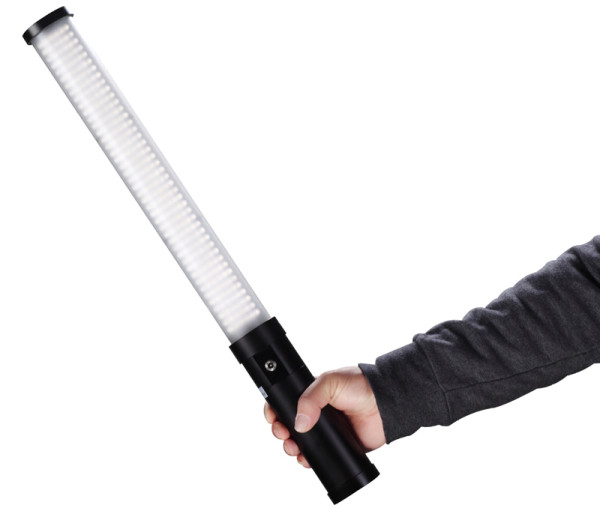 Despite the obvious similarity to Westcott’s daylight-balancedÂ Ice Light, the marketeers behind the Lishuai unit prefer to compare it more to the Kinoflo Mini-Flo, promoting its suitability as a video light for confined spaces such as lifts and car interiors. At only 780 lux it’s not as bright as the Ice Light and with a colour rendering index (CRI) of 85 the light quality isn’t as good either.

The Lishuai 516AS LED is priced between US$200â€“350 on DealExtreme, LinkDelightÂ and eBay.Â Is it a legitimate cool-light or a cold-hearted copy? Share your thoughts in the comments below.