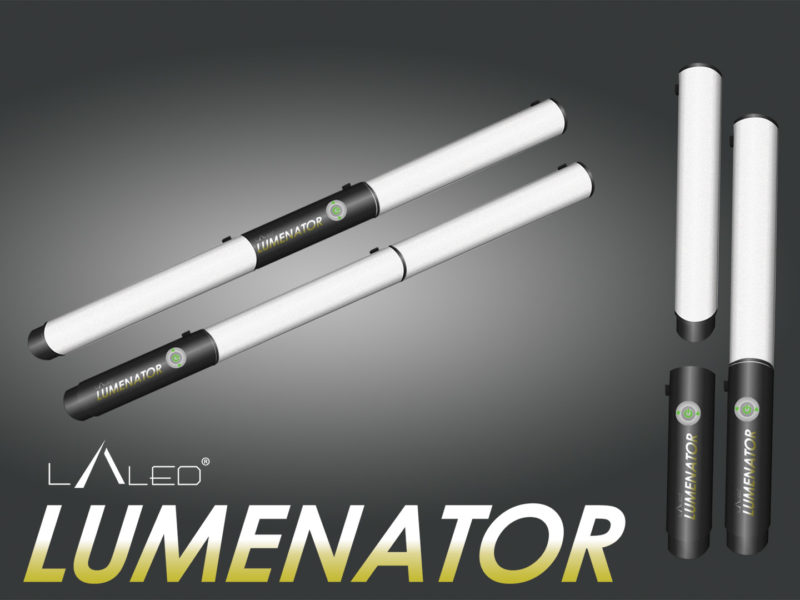 A commercial lighting manufacturer from Louisiana has started a crowd funding project to launch their “color selectable, modular and expandable” LED light, the Lumenator. The device is an light stick that connects with different accessories for a variety of photography applications.Â Lafayette-based firm Louisiana LED is trying to raise $60,000 through the Kickstarter web site to begin mass production.

According to the company, “there arenâ€™t many offerings out there for on-the-go photographers” and the Lumenator fulfils these photographers’ needs by providing a versatile, portable light source to use on location. 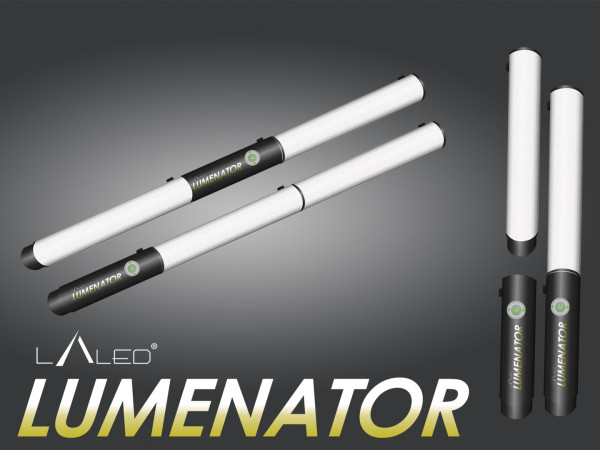 The starter kit consists of a handle and a daylight-balanced Tru Bar, which has a specified output of 1,200 lumens (dimmable) and a beam spread over 180°. To this you can add the Tailor Bar, which is bi-colour so you can adjust the Kelvin colour temperature to match the ambient light. There is also the Hue Bar, which lets you pick any colour in the RGB spectrum for creative effects. If you join multiple bars together then they will synchronise their output.

The first few supporters who pledge $210 or more to the Kickstarter project will receive “early bird” kits, with different kinds of Lumenator bars available depending on how much money has been given. If the company meets its funding target by Friday 15th March and production goes as planned, backers are expected receive their first Lumenators in August. 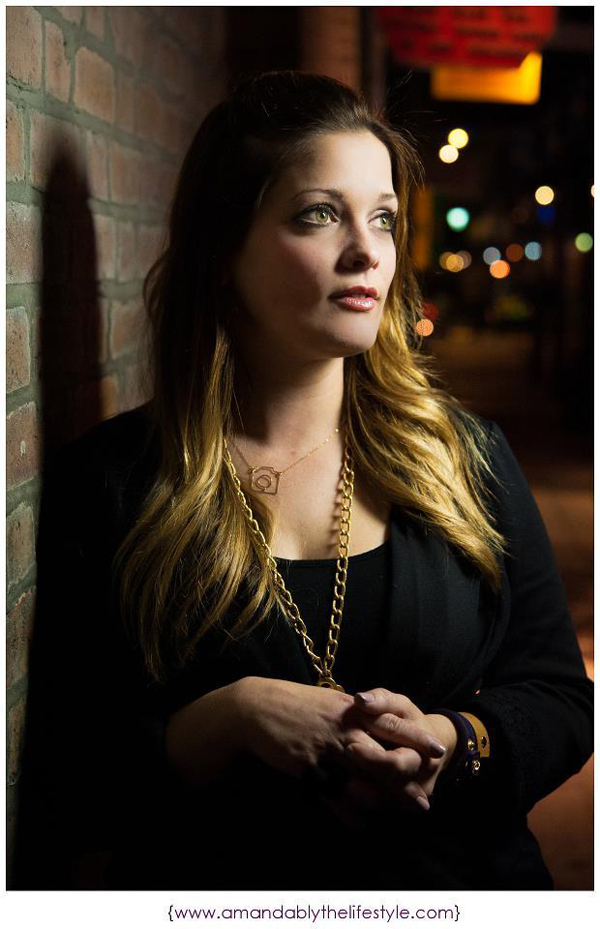 “We have been in the LED industry since 2005 when LEDs first came out and hit the market. Our CEO, Robert, was one of the handful of people that began the initial designs of what we now know LED light bulbs to look like. We have been used to the technology longer than most other companies have even been in business, so we have the background and the foundation of being able to implement the technology very effectively.

“My wife is a professional photographer and she has been talking to me about her off-camera lighting because she is doing more and more where she needs to augment the ambient light. One of her friends actually bought the Ice Light; he liked it for what it could do and he had a couple of suggestions or questions for me to see if we could do it.

Is it fair to compare your product to the Westcott Ice Light?

“[The Lumenator] is actually a much more diverse tool. I would compare the Ice Light â€” in the world of cutlery â€” to a normal pocket knife whereas ours is going to be a Swiss Army knife. The Ice Light is very one-dimensional: you have one light colour and the dimming capability but… out of the box that is all it’s ever going to be.

“Whereas with ours we are able to have the compactness: you are able to break it down… the longest piece you are ever going to have to worry about, length-wise, is going to be twelve inches. That is the individual light bars. Now, obviously as you stack it, it gets longer, but for packing it is much more compact. As you add light modules, you can go from 12 to 24 inches to 48 inches of light. Each one of those is going to pack roughly 1,200 lumens per light bar.

“So it is expandable in that point, not to mention the Kelvin selection: the Tailor Bars will be able to do Kelvin correction. If you are shooting under fluorescents you want to add a bit of warmth to your subject, so you have to do less post-processing. As well as the RGB aspect, to do neat, high-fashion lighting.”

Why would a photographer shooting on location opt for the Lumenator instead of, say, a speedlight, some studio lights or some conventional LED panels?

“Your speedlights… don’t have the dynamic capability of being able to shift the brightness as well as â€” with the Tru Bar being daylight balanced â€” replicating sunlight to 98%. We actually worked with a few high-end artists to hand-select the Kelvin temperature of what we use in our Tru Bar, and that’s one reason why we actually don’t publish our Kelvin temperature, because we have a proprietary colour that we use.

“Along with that aspect, being able to have the versatility of doing a Kelvin shift with the Tailor Bar is something that is just going to bring the photography session to the next level.”

How do you mount the Lumenator? Do you need an assistant to hold it?

“It is going to have two 1/4-inch mounting holes on it. You can use it on a tripod with a quick boot or a traditional lighting stand with the 1/4-inch holes.”

How bright is it?

“Each one is going to be about 1,200 lumens per bar. Just with the single kit is 1,200 lumens, and with being able to add multiple bars, we are going be able to do 4â€“6 bars: 4,000â€“6,000 lumens. We get over 180 degree beam spread out of it, so it is going to give you a good even fill across your whole scene. Making it longer instead of wider allows it to be able to fill from top to bottom as well as side to side.”

Has the pricing been finalised?

“It is slated to do an initial launch at $299, which I believe is a huge value for the customers, because for that $299, it’s a 40% price reduction versus the Ice Light. Even if you add another light bar to it, you are still less than our competitor [the Ice Light] with twice the amount of light. The light bars are going to range from $120 to $170 for the Tru Bar, Tailor Bar and Hue Bar. Each one is going to have its own little sleeve, whereas the kit will come with a combo sleeve with a handle and a bar in it together.

Why are you using Kickstarter for this project?

“Because we work in the lighting industry, this is kind of a new arena for us. We work more on residential and commercial lighting. With it being a new market, it is both a production cost as well as a market survey, so to speak, because we don’t want to necessarily throw a bunch of money into a product that nobody’s really interested in. By doing this, we are able to get people’s support in the effort as well as ensure that the broad-reaching ability of Kickstarter will get the product out there on a larger scale rather quickly.”

“It would be applicable to all calibres of photographer, but I really think that it is going to have the best application for your more qualified, but not necessarily uber-,Â professional. YourÂ really professional guys are going to have loads and loads and loads of lighting equipment already. And your novice photographers are still using their pop-up flash on their quick-click camera.

“This is going to make it easier for novices to shift into off-camera lighting, but with the intricacies and the different kind of bars you can put on [the Lumenator] those middle-ground and even upper-echelon photographers are going to be able to use and realise the true impact it can have in their art.”

What would it be used for?

“It would be more for wedding photographers and people that do on-location shooting because of the portability of it and the power in a small form factor. Being able to dim it down for little detail shots of place settings at a wedding, then being able to blast it at full blast and illuminate the full wedding party â€” is where it’s going to come to the table for the photographers that have to be in multiple locations and, at a split second, have that versatility to get proper lighting every time â€” is where it’s really going to be effective.” 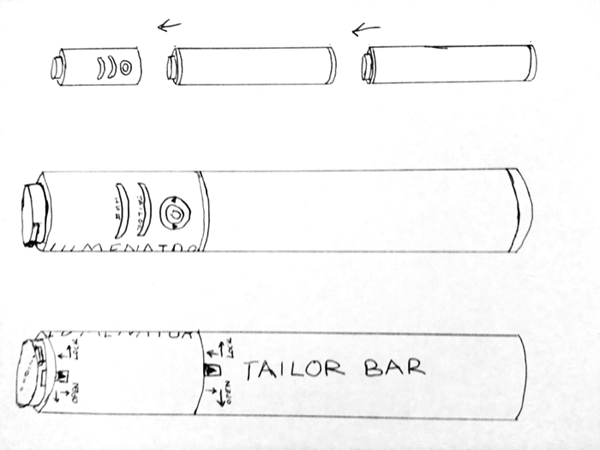 How does each part of the Lumenator work?

“On the handle is the on-off button, with the Kelvin controls on the other side.Â The bars will snap onto the handle with a proprietary connection plate we have developed. It is super stable: there is a lot of contact surface for the stability of it.

“They will be metal connections, not plastic, so it is going to hold up â€” it’s going to get dropped, we know that. I know my wife is rough on her gear so we built this to live up to my wife’s standards. The lens is going to help protect the actual LED array inside, through the hustle and bustle of a photoshoot. We are also going to do our best to waterproof it as much as we can, because… weather happens and when it is gloomy and dark outside we need that extra light.”

Is this going to be a big change for the industry? Is everybody going to get rid of their speedlights?

“I really think that it’s going to revolutionise the way people think about lighting. When you look at the cost of getting on-camera flash or off-camera flash… Â My wife is a Nikon user, so her SB-900 is a $500 flash and if she is using that just as fill light, which most intermediate photographers use â€” they don’t necessarily use it to bounce off this and that and do all these crazy things, they use it just as fill light â€” this is going to be a much more cost-effective way to get the fill light and really learn how to position the light to get proper shadowing. It is really going to take off with the off-camera lighting, just with the different accessories we are going to have for it, as well as the breadth of what it’s bringing to the table.

Will the Lumenator be easier or harder to use than speedlights?

“I think it is going to be a little bit easier in the indoctrination and introduction phase. People that are using their SB-900s for off-camera flash and triggering it with PocketWizards or whatever the case is, they’ve had to go through all the education process of learning how to use those lights to get proper fill. Whereas, with this, you are able to get it bright enough and dim it down if needed and you can look through your viewfinder and see if your scene is filled properly.

“You don’t have this guessing effect and having to take multiple test shots and reposition lighting. With Lumenator, you turn it on and either you’re filled or you’re not. As you’re moving the light, you are getting instant gratification, instant feedback of how your scene is going to look.”

To be funded, the project needs to make $60,000 in pledges before Friday 15th March. For more information, visit the Kickstarter page.