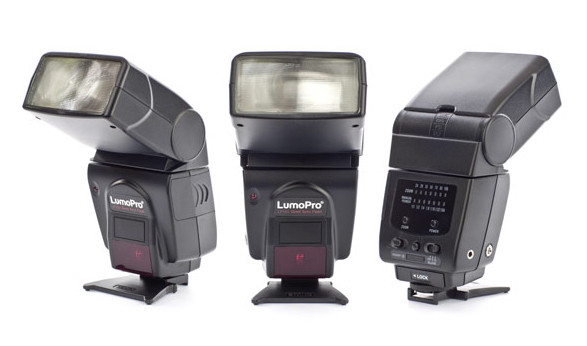 US-based firm LumoPro have announced that their LP160 Quad Sync Flash has reached “the end of its life cycle”. The budget speedlight, which was designed specifically for use in off-camera lighting set-ups, is being discontinued with no successor yet announced to take its place.

Kevin Deskins, LumoPro Product Manager, said, “We’re sad to see the end of this era. It feels like yesterday we were beta testing LP160s with the best minds in the industry. It was a time when unicorns danced, angels sang, and all the photons in the world were falling in the right place. But even as we celebrate the bittersweet end of the LP160 era, we’re looking forward to what the future holds. We’re expecting to see crazy amounts of response on this announcement. All we can say is that we’ve seen the next generation of our flash, and we can’t wait for you to see it too.”

Asked what customers could expect to see in a future flashgun, Deskins told Lighting Rumours, “We can’t hint at specs or features at this time, nothing is set in stone. However, we’re working hard on some new features, and have listened to user input just as we have in the past.”

Though the LP160 is discontinued, LumoPro will still repair and replace units that are within their two-year warranty. Authorised dealers (a list of which is here) will manage back-orders from “limited inventory”.