First announced along with another dual-use accessory, the LumoPro LightSwitch, the LP605M is a one-of-a-kind piece of photography gear.

Building on the design of the LP605 (reviewed a while ago) it is a portable light stand with nifty ground spikes for securing it on soft ground during outdoor location shooting. But that’s not all: the centre column is designed to let this stand double up as a monopod, with stubby fold-out legs. In theory the LumoPro LP605M is working to hold your camera just as well as it holds your lights (though perhaps not at the same time).

The LumoPro LP605M makes some sacrifices to gain its dual functionality. Namely, the weight. For a reflex light stand, the extra mechanisms and tripod feet make the whole apparatus 150 grammes heavier. This is generally a positive thing as it can keep your lights that little bit steadier (in addition to the ground spikes for outdoor use) and is still lighter than carrying both a stand and a monopod, but if you are travelling lightÂ and aren’t using both monopod and light stand modes in equal measure, you might begrudge the small amount of extra weight.

Apart from that, as a light standÂ the LP605M is basically the same the LP605, soÂ in this article I will focus on the new monopod features. Read the LP605 review first.

Build quality seems excellent. This stand is all metal, except for plastic adjustment knobs, anti-skid capsÂ for the light stand legs and the rubber monopod feet.

The marketing literature tout one of the LP605M’s key features, a “fluid chamber” in the monopod part that supposedly helps you capture smoother videos and steadier stills. To be honest I wasn’t really sure what this meant, so I had to see it for myself. It turns out the “fluid chamber” is a miniature ball-and-socket joint where the rubber feetÂ connect to the rest of the stand. It lets you tilt and swivel the camera independently of the non-slip platform provided by theÂ littleÂ feet. 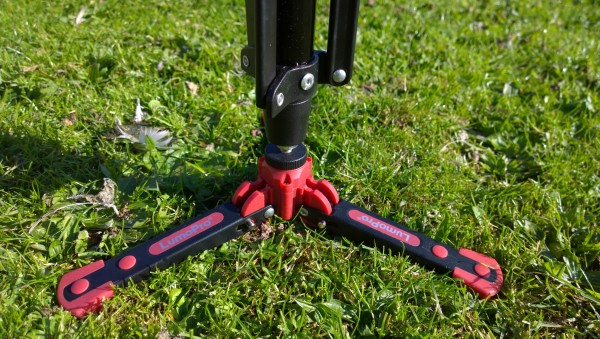 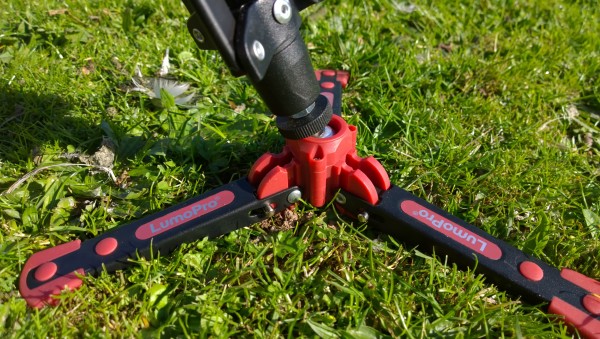 Just like a tripodÂ ballÂ head, you can tighten this to keep it in place, or loosen it, allowing your camera to tilt left, right, forwards and backwards. At full tightness, it will stand on its own (if you’re careful) but you can still swivel, which means you will probably have to use this mechanism to rotate horizontally,Â rather than the panning feature in your tripod head, if it has one.

The idea of this being a “monopod” is a bit of a misnomer, because the three fold-out legs make it just as much a tripod as it is in stand mode. To be honest, I have never owned one of these three-legged monopods before so I was not really sure what to expect or even where it would be best applied.

I am primarily a stills photographer, so that is where we tried the LP605M. One thing to note quite early on is that this is no replacement for a proper tripod: the minimum height is nowhere near as low as a tripod with fully-splayed legs, and the large number of sections make it too wobbly for settings where rock-solidÂ steadinessÂ is important.Â However, with the light stand legs folded out, it does make a handy quick-and-dirty tripod, useful forÂ self-timer family photos or just to take the weight out of your hands.

With camera, ball head (mine’s a Markins Q10, which is probably overkill) and LP605M together, it is a fairly weightyÂ setup to carry around,Â but this is offset by not having to support the weight of your camera while shooting. 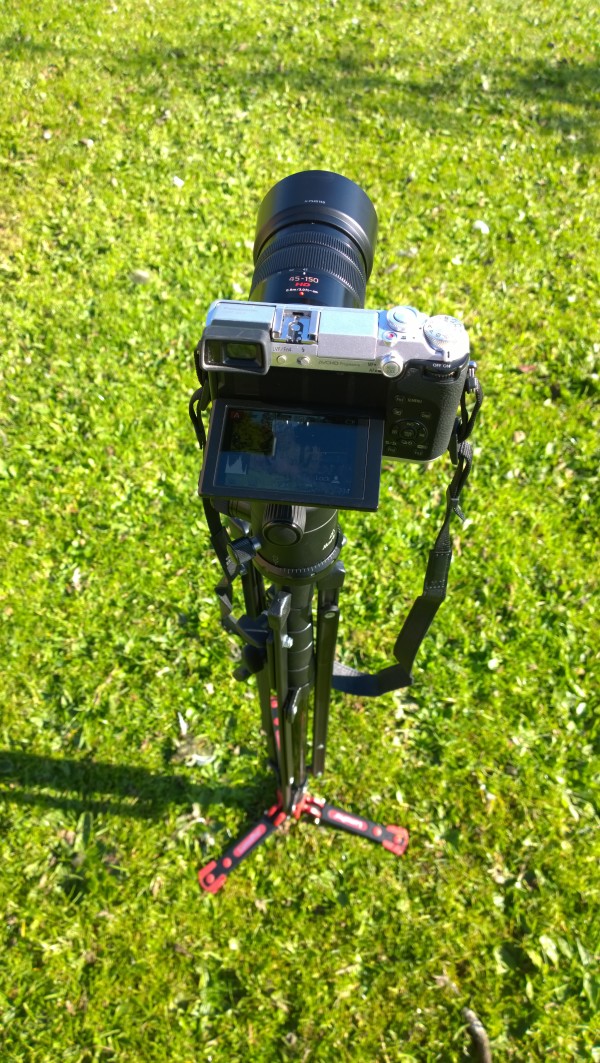 I took the LP605M out with me toÂ capture shots ofÂ some local bird life. Compared to shooting handheld, the monopod not only takes the weight out of your hands, itÂ adds an extra step to the shooting process, making you consider your shooting position more carefully. The LP605M lets meÂ concentrate more on the subject than on keeping a long lens steady.

The ball joint allows a wide range of movement, making it easier to track moving subjects. Not having to crouch to hold the camera stably, I can shoot from standing, using my camera’s flip-up LCD like a waist-level viewfinder. 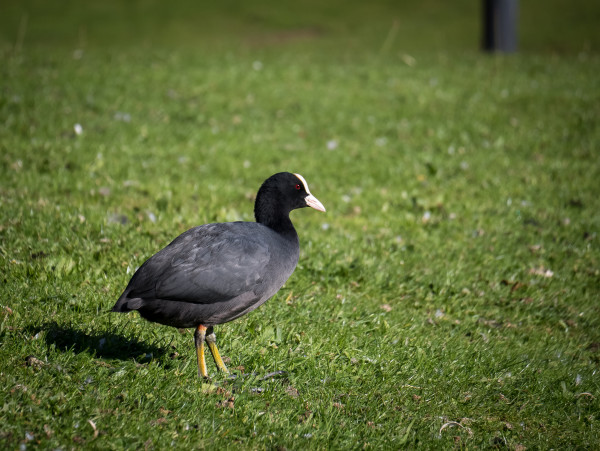 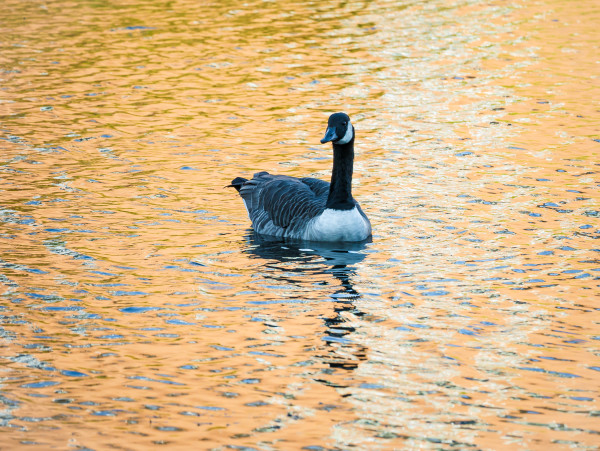 There really isn’t much more I can think of to say about this stand. Overall, I have found the new monopod feature does exactly what it promises, and could make the LP605M a good choice for photographers keen to simplify their camera bags.Â This is a nice bit of kit for video shooters and stills shooters with heavy cameras or long lenses.Â If you have questions, leave them in the comments below and I will do my best to answer them.

The LumoPro LP605M is available now, priced $74.99 from Midwest Photo Exchange, or â‚¬79.95 fromÂ Europe sellersÂ (roughlyÂ the same price but with VAT). You are paying a bit of a premium for the monopod feature; the original LP605 is still on sale for $39.99, so consider whether you are prepared to pay extra in both price and weight for that feature. Â For more information, visit the manufacturer’s web site.