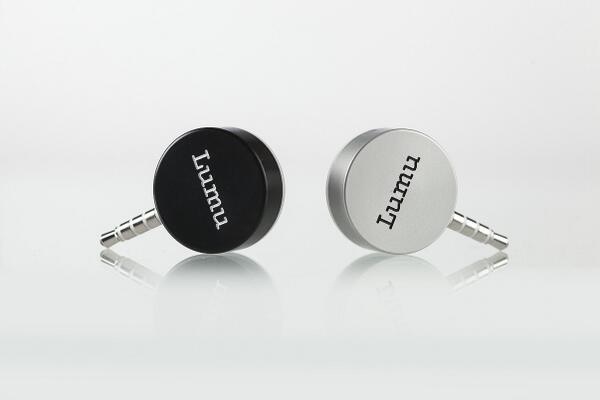 An iPhone accessory maker has come under fire for copying the look of its light meter app.

Lumu is an upcoming light-sensing attachment which you will be able to plug into the headphone port of an iPhone. An associated iOS app interprets the data from the dongle and calculates light meter readings to display on screen. Photographers can refer to these values when setting exposure on their cameras.

The company demonstrated the device at the TechCrunch Disrupt exhibition in New York, showing the Lumu working with iPhone.

However, Anton Repponen, a New York-based designer, has taken issue with the manufacturer’s choice of user interface (UI) for the Lumu mobile application shown at the event. In a Facebook post, Repponen complained that Lumu had copied the software from one of his own designs without permission:

“Why even somebody think it is normal to take ready (not even concept) but actual design and market it as their own product?

“Happened with watches already couple of times, and now some idiots at Lumu light meter think it’s the right thing to do.

“Spending nights working on optimal design layout, working out meticulously all the design details pixels by pixel. I am fine when people “steal” my work for personal purposes or to learn something, but not in this case.

“Hey, Lumu Meter – try to sit down, spend some time at least making your own design UI!”

Lumu defended its actions and responded to the criticism directly on its own Facebook page, saying:

“we understand your anger and will make sure that all photo material will be disabled in short time.

“The thing is, Lumu is a team of four engineers and one app designer, who joined us just about a week ago.

“We just made a working hardware (state-of-the-art electronics) and developed special audio communicating protocol, but havent been working on an app design yet.

“Our software engineer made quick mockup, inspired by your great design, just to see how a basic features could work.

“As we plan to incorporate more features in our app (such as photo simulation mode, notes etc.), we will of course design and develop new UI.”

Being accused of copyright infringement might not quite be best practice whilst trying to market a product to copyright-savvy photographers. So have Lumu done themselves a disservice? Or is imitation the sincerest form of flattery? Are you interested in trying the product when it is released? Share your thoughts in the comments below.