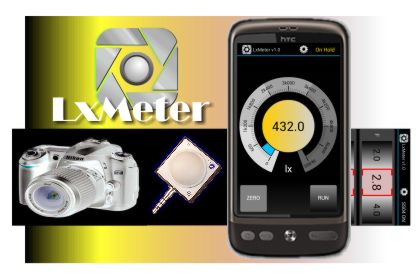 You may have already seen us cover Lumu, a plug-in incident light meter for smartphones, and Luxi, a clip-on adapter that turns a phone’s camera into an exposure meter. Unfortunately, neither of these is much use to flash photographers because they do not support flash metering.

Now Optivelox, an Italian manufacturer specialising in high-tech sensors and dataloggers, has introduced the LxMeter, a flash meter that plugs into your smartphone’s audio jack. Initially available for Android OS, but with the potential to support iOS and Windows Phone too, the LxMeter SS04 feeds light sensor data to your smartphone via the microphone port.

According to the manufacturer, the SS04 has a 180Â° hemispherical field of view allowing it to take incident light measurements under continuous or flash lighting. Another model, the SS04P, comes with a light play slots online shield for protection or measuring light levels on flat surfaces. The Android app also lets you take spot readings using the phone’s camera.

Another touted feature is Bluetooth flash triggering from the app, using an appropriate Bluetooth receiver (not yet released). Before this is available the app will auto-sense flashes going off, the same way a normal flash meter works.

Optivelox is selling the SS04 for â‚¬59 and the SS04P for â‚¬99 from its own web site. The LxMeter Android app is free on Google Play.

Is it time to sell off your Sekonic gear? Let us know what you think in the comments below.