Travor Technology has announced two new colour-changing versions of its Magic Tube Light, the MTL-900D and MTL-900mini, aimed at photographers and videographers.

The Magic Tube Light MTL-900D is a full-sized (55 x 4.5cm) light stick like the previous MTL-900II but this time it is two lights in one: half of the 296 LEDs are coloured tungsten (3200K) and the other half are daylight-balanced (5600K). There are controls on each side to adjust the brightness of each, so you can choose all white, all orange or a mixture of the two to match the ambient lighting or add a warming effect. As the different LEDs are segregated rather than all mixed together, you can also fine-tune the bi-colour mix simply by rotating the Tube relative to the subject. 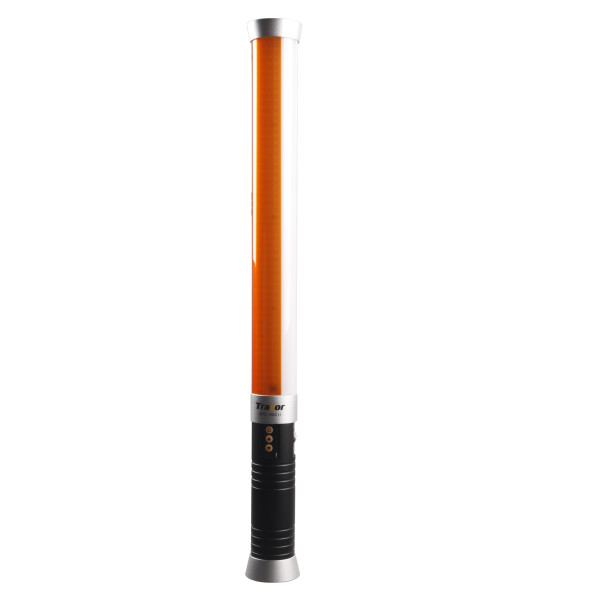 The MTL-900mini is just like the MTL-900D but shorter, with only 160 LEDs. It still has individual controls for the tungsten and daylight sides, and is the same thickness at 4.5cm, so should be just as easy to hold while being easier to carry around or to fit into awkward places, such as car interiors. Both lights are powered on Sony F550-type lithium batteries, or can be run from an external DC source. They support infrared remote controls in case you want to adjust them from the camera position, and have 1/4-inch sockets allowing you to mount them on light stands or tripods. 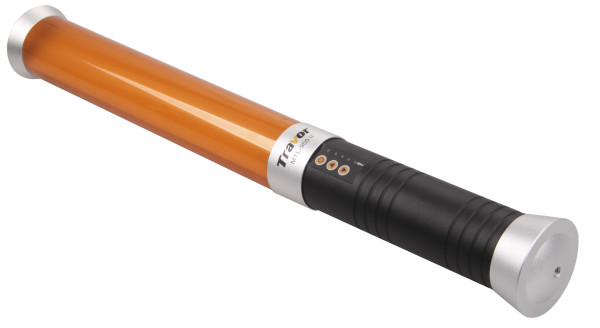 If bi-colour isn’t your thing, then the Magic Tube Light II is all-daylight and bundled with an 3200K orange plastic filter. The main competition, the Westcott Ice Light, has a similar accessory.

Retail pricing for the Magic Tube Light D and Magic Tube Light Mini have not yet been announced. A similar product (maybe notÂ made by the same manufacturer) on sale at B&H Photo, called the Genaray SpectroLED SP-LR, is available for $249.95. The Westcott Ice Light, which doesn’t offer a bi-colour model, is currently sold for $499.90.