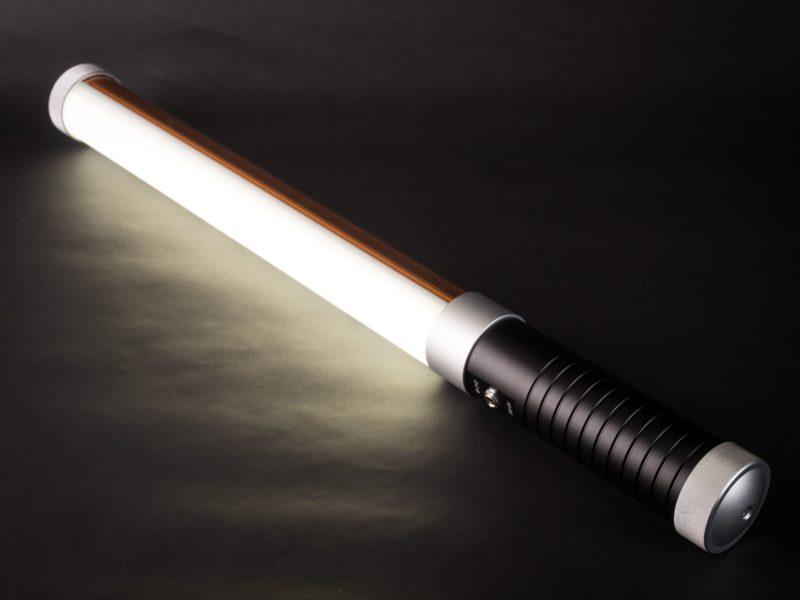 Mcoplus recently sent us a sample of their Magic Tube Light LE-R320 to review.

When the courier delivered the box, the first thing that struck me was the weight of the package. I’ve no idea why I thought the Mcoplus LE-R320 Tubelight may possibly be quite light, but the weight of the unwrapped parcel was really quite reassuring. I’ve handled a number of LED panels, and found them to be quite light, which didn’t instil a great deal of confidence in their durability.

Once it was taken from the packaging, it became obvious the weight was pretty much all in the tubelight itself. The only other items contained in the box was the (well made) padded case, a diffuser come tungsten gel tube, two NP-F550 type batteries (yes, two!), a lightweight battery charger and cables, a direct charger (for charging the battery whilst in use within the tubelight), a small plastic bag of bits such as a hook to allow you to hang the light up, and of course the documentation. I later found a remote control for the light, carefully tucked away in its own pocket on the outside of the case. 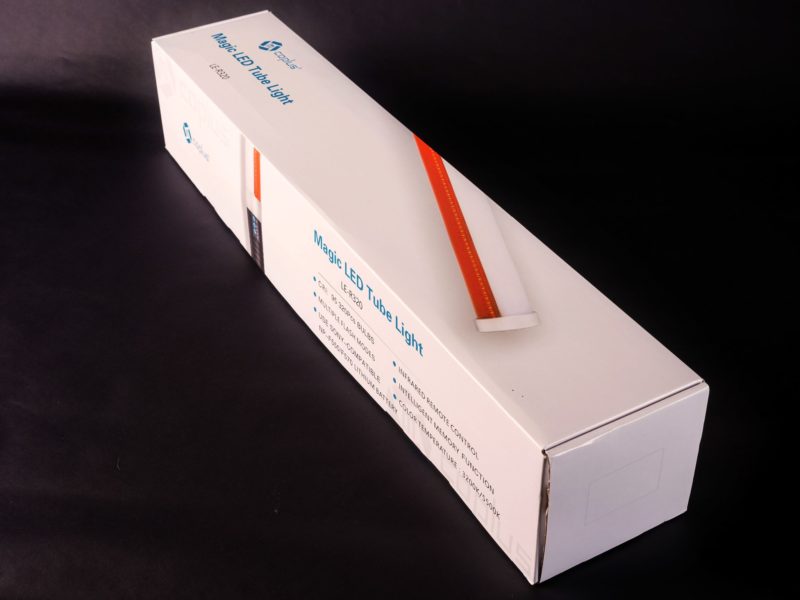 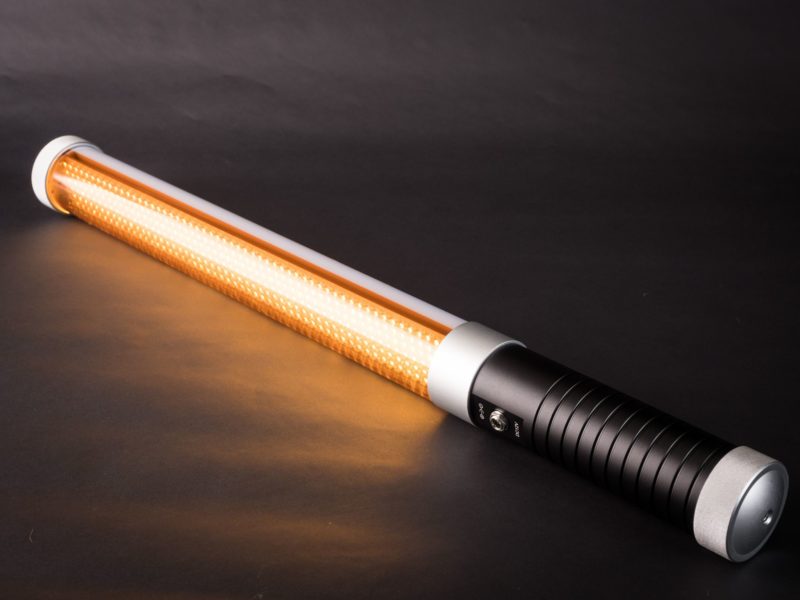 After charging the first battery and a (very) brief scan through the documentation, I unscrewed the top and slid the diffusion tube over the light, before replacing the screw top. Once securely in place, the tube can be rotated to utilise either the diffuser section, or the tungsten gel. It locks reassuringly into place due to a sprung pin at the top, and two corresponding notches at the top of the gel tube. It won’t turn unless you want it to. A really nice, reassuring weight with a good sized grip. Three buttons nicely spaced, and slightly raised, making it easy to identify by touch when working in the dark. Top button is the power switch, whilst the other two increase or decrease the brightness. Alongside the three buttons are five small LEDs, which indicate the power setting. On the opposite side of the handle is the power socket, allowing you to charge the battery whilst in use. Very useful for those longer shoots in a studio environment. 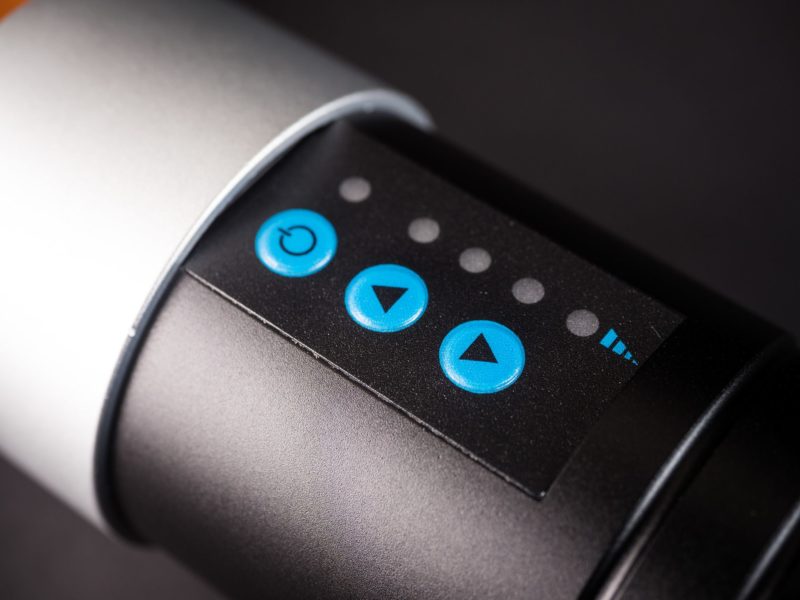 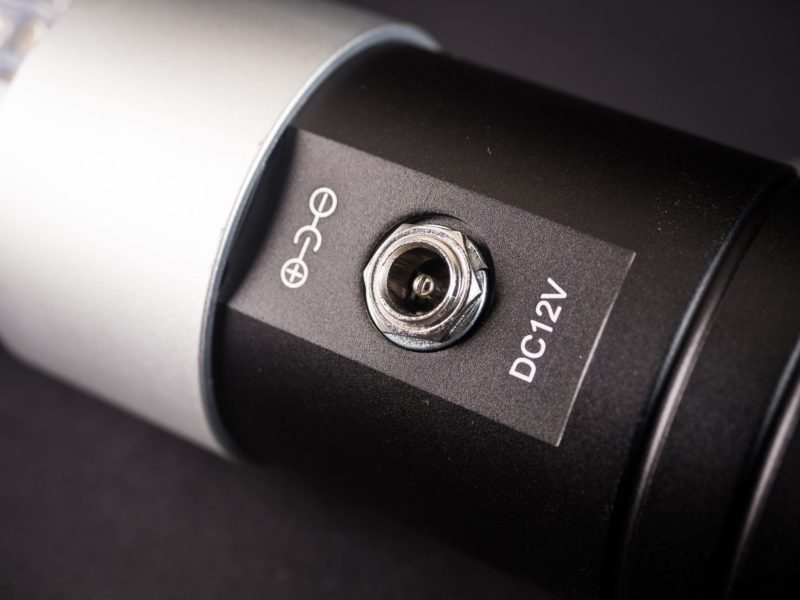 The base of the handle has a Â¼ inch threaded socket, allowing you to mount the tubelight on a tripod or any number of adjustable lighting brackets found on the interweb. However, the weight of the tubelight needs to be bourne in mind, and any adjustable mount would needs to have a substantial locking mechanism. 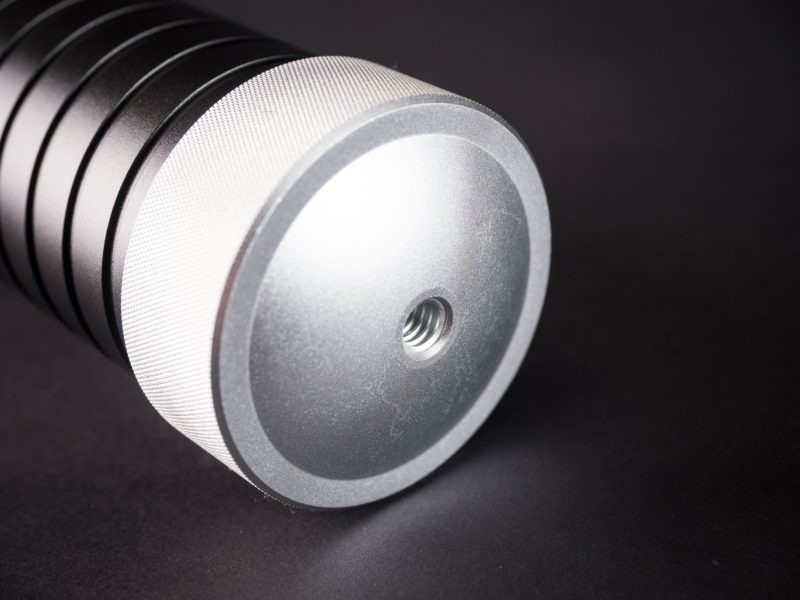 Well, between you and me, I was a little wary with regards to likely colour rendering, based on my previous experience with earlier LED lights. I’d often found the tones and colours to be a little, well, funky. For this reason, I bit the bullet and dragged the motorcycle mechanic from the nearby garage, into the studio for an impromptu portrait shoot. I used the tubelight as the sole light source, resorting to a reflector for the fill. The tubelight was a little over two feet from our mechanic, and the reflector was a little under two feet away.

Camera settings were 1/60th sec f4 at ISO400 with the tubelight on full.
As a point of interest, our subject complained about the light being very bright, and I’m not too keen on the resultant restricted pupils and tendency to squint. However, it’s definitely a usable setting combination, although you will certainly suffer from blurring caused by any kind of substantial motion.

Leaving that aside, bearing in mind this is a vanilla translation of a raw file to jpeg via lightroom, I really do like the skin tones, and I also like the diffusion of the light with its diffusion sleeve.

The BTS image shows how simple the setup was for the above image.

At this point, I hadn’t really thought any further regarding potential subjects for further test imagery, but two days later I was in the aforementioned mechanic’s garage, shooting a few motorcycles using flash, and it occurred to me it would be worth a punt attempting at least one light painting whilst I was there. Now, I’ve used light painting techniques a number of times, but usually with flash over several frames, and then blended them together. Using a constant light source to lightpaint within a single frame was something I hadn’t done since my film days and using a bike lamp. Consequently, my first attempt with the tubelight resulted in a complete whiteout, with no detail at all, due to the extremely bright LEDs. Yep, I cocked it up completely!

Second attempt was better, but was still bright enough to cause retinal burn.

Third attempt was almost there, and I’d kept the tubelight within the frame to show the path. I felt the image was still a little brighter than I would like.

The final image with the tubelight kept out of frame is pretty much bang on as to where I was attempting to go. I opened the aperture a little, but also the distance was pretty much doubled from bike to light source.

The BTS below shows the actual setup for the flash images I had been doing earlier, and the bike was the other way around. 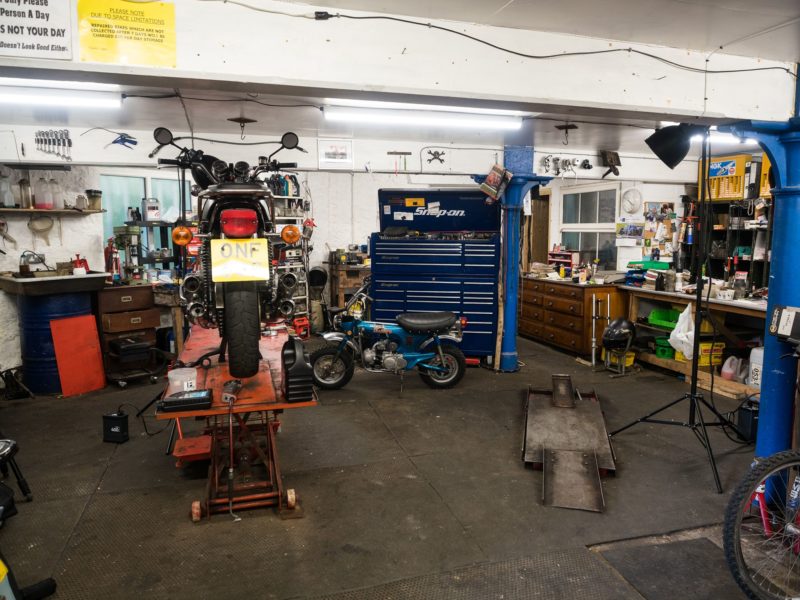 Given the fact I was out of practice with light painting using a constant light source, I rather like the finished image. More to the point, I like the overall rendering of the colours and tones, and the fact the broad path of light, due to the length of the tubelight, creates a nice even coverage and picks up the detail nicely. I seem to remember having problems with the occasional dark areas when using a small light source all those years ago. The interesting thing is, the light painted image stands up extremely well when compared to the flash image I had taken earlier. Especially when considering the flash image was fully worked up and this image was a vanilla conversion from raw to jpeg in lightroom.

I found the quality of the materials and finish to be extremely high, and the weight added to my belief it would be quite robust. It’s extremely intuitive to use, and I felt competent within a few minutes of prodding the buttons to see what happened. The two supplied batteries provide ample shooting time, with a usable time of 1hr each when used at full output. The fact the battery can be charged whilst in use in a studio environment, or at least where you have access to power whilst shooting, is a nice touch. Incidentally, the batteries take 2.5hrs to fully charge.

The colour rendering and tonal quality is extremely good, and I found it especially true with skin tones.

Now, I’m more of a flash kinda guy. Has the Mcoplus tubelight changed my mind? No, not really. But I’ve suddenly developed an interest in light painting again. Oh, and I really quite fancy having a punt at using it during some of my food shoots.

Is it worth the price tag? Considering I’ve already said I’m a hardened flash user, I’m quite surprised to find I take it along to every location shoot, â€œjust in case.â€ I’ve also started looking for personal projects to â€œplayâ€ with the tubelight, and that is more of a surprise than anything, because all my photography is client driven. Well, until now. So, in answer to the question; Yes, I believe it’s worth the price tag. (And for me, the return to doing â€œstuffâ€ for me instead of clients, is worth far more than the cost of the tubelight).

The Magic Tube Light LE-R320 is available now on Amazon for Â£85.99. Thanks to Mcoplus for sending us a sample unit for this review.